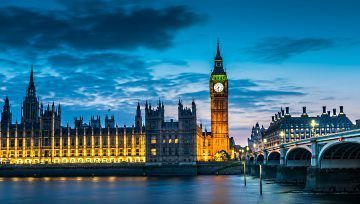 Update on Brexit and the Pound

Why the EU may refuse to give ground on Brexit

Sterling bulls are hoping that as the clock approaches the Brexit deadline of 11pm UK time on March 29 this year, the EU will offer enough last-minute concessions for a deal to be agreed with the UK. However, that can certainly not be taken for granted.

Since the UK Conservative Party came to power in 2010, concern has grown in Brussels that if it gives more ground other countries will be emboldened to demand concessions too – something the EU is determined to avoid. There are worries too that British lawmakers might reject any deal negotiated, just as they rejected the package agreed with UK Prime Minister Theresa May.

There is therefore a distinct possibility that the UK will either leave without an agreement or that the Brexit deadline will be extended – two possibilities likely to infuriate British business and put GBP under sustained downward pressure. As the chart below shows, it has so far proved quite resilient after its initial post-referendum tumble – rising to a high of 1.4377 before easing and then rallying to its current level around 1.30.

However, the Pound would undoubtedly react badly to no-deal and the Euro would likely suffer too, potentially boosting the US Dollar as well as the traditional haven currencies: the Japanese Yen and the Swiss Franc.

Read More on Brexit’s Impact on the British Pound

How the UK and the EU fell out

So which outcome is most likely? In the documentary Inside Europe: Ten Years of Turmoil, produced for the BBC, interviews with several heads of State and Government, other ministers and EU officials make clear that mistrust between the two sides has been growing ever since David Cameron was elected UK Prime Minister in May 2010.

The year before, he took his Conservative Party out of the center-right grouping in the European Parliament, angering many of his natural allies, and the year after – as the Greek debt crisis gripped the EU – he became the only national leader to oppose treaty changes designed to impose strict budget rules on Eurozone countries.

By demanding seemingly unrelated changes such as measures to protect London’s financial center, he was accused of blackmailing the rest of the EU and the result was described as a “near-terminal rupture” in relations between the UK and the EU. Meanwhile, calls within the Conservative Party for an in/out referendum were growing as the UK Independence Party gained ground in local elections.

By January 2013, Cameron had promised a referendum if he won the next general election unless he was able to recover some of the powers that had been ceded to the EU. However, the EU rejected this on the grounds that it had already agreed to the UK keeping its own currency and opting out of the Schengen Agreement that abolished many of the EU’s internal borders.

Relations became even more strained when Cameron tried and failed to block the appointment of Jean-Claude Juncker, a supporter of ever-deeper union, from becoming President of the European Commission. They became more strained still when the UK demanded an “emergency brake” to cap EU migration to the UK and a limit on access by immigrants to UK benefits, which met an unsympathetic response from German Chancellor Angela Merkel.

So when Cameron was reelected Prime Minister in May 2015, committed to an in/out referendum, he set out on a charm offensive to EU capitals. He was confident of winning curbs on the freedom of movement of refugees from the continent to the UK but François Hollande, who was then President of France, rebuffed him, saying that other countries would threaten the EU with in/out referendums to secure special treatment if the EU agreed to his demands.

“I said to him, honestly, if he got a special deal for the UK because there was a fear he might lose the referendum, then other countries under populist pressure would try to organize their own referendum and get their own special deal,” Hollande said.

Nonetheless, Cameron eventually succeeded in winning a package including limits on migrants’ access to benefits, an exemption from closer union and safeguards for London’s financial center – only for it to be derided when he returned home with it. In June 2016, the referendum was held and after the result Cameron resigned, having campaigned for a remain vote.

Brexit and the Pound: Why this matters

What this history of the past decade demonstrates is why the EU is so reluctant to give the UK the concessions it is now demanding. There is certainly a desire by the EU’s national leaders, lawmakers and officials to reach a last-minute deal – as they did during the Greek debt crisis. However, there is also a worry in the EU, based on experience, that any deal would be rejected by UK Parliamentarians. And that is why the chances of a no-deal Brexit are far from negligible and why a tumble in Sterling after March 29 cannot be ruled out.

So here are out top tips for trading Sterling before and after the March 29 Brexit deadline:

What Every Trader Needs to Know About the Pound