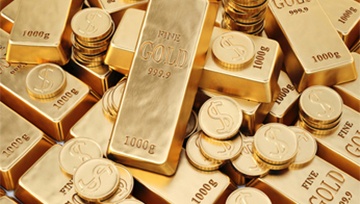 Gold Disconnects From Real Yields amid Rising US Downgrade Risk

- In recent months, the historical relationship has turned upsidedown, suggesting that new influences are driving demand for Gold.

See our longer-term forecasts for Gold, the US Dollar, among others, with the DailyFX Trading Guides

Like other commodities, supply and demand play a role in the price of Gold. But unlike other commodities, even other precious metals like silver (electrical appliances, superconductors, batteries) and platinum (automobile production inputs), gold has few if any industrial uses on a widespread scale.

As such, rather than consumption playing the primary driver for gold prices, saving and disposal are the central factors. When we mean ‘saving and disposal,’ we mean reasons like as a hedge against inflation, a safe haven during times of market duress and geopolitical stress, or as an alternative to fiat currencies during periods of low or negative interest rates. Currently, a mix of these factors are driving Gold’s push higher. 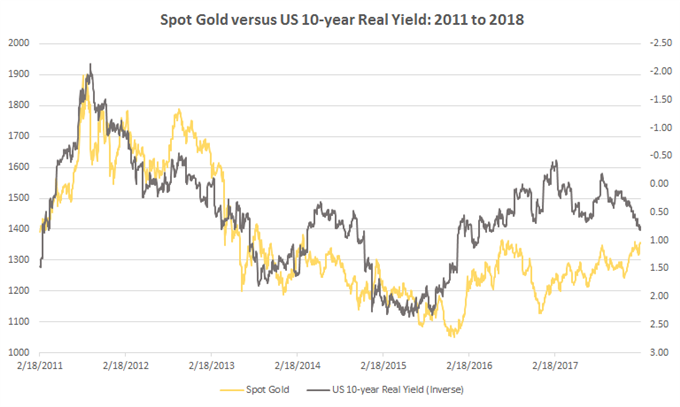 Falling US real yields means that the spread between Treasury yields and inflation rates are decreasing. If Gold yields nothing, has an estimated cost of carry of -2.4%, and only can return capital appreciation, it would best suited to rally when US real yields fell.

What Explains the Recent Divergence?

Something changed in recent months, however: the historical relationship between Gold and real yields has broken down. Even as real yields are rising – an environment that one would expect to be poor for precious metals – Gold has been able to advance. This may be another piece of evidence of a regime change across asset classes. 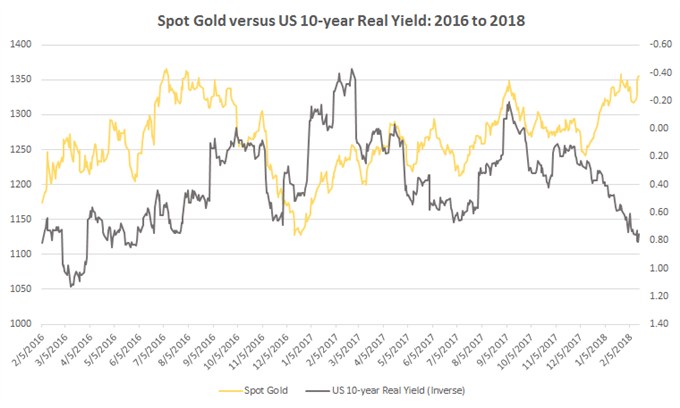 The National Bureau of Economic Research says that regime change is "the tendency of financial markets to often change their behavior abruptly and the phenomenon that the new behavior of financial variables often persists for several periods after such a change."

In the case of the the separation between Gold and real yields, it's rather apparent that behavior has changed abruptly - especially since the passage of the tax reform bill in Q4'17. Thus explains the divergence and Gold’s appeal: given the trajectory of the US deficit and debt, another US rating's downgrade this year seems very possible.