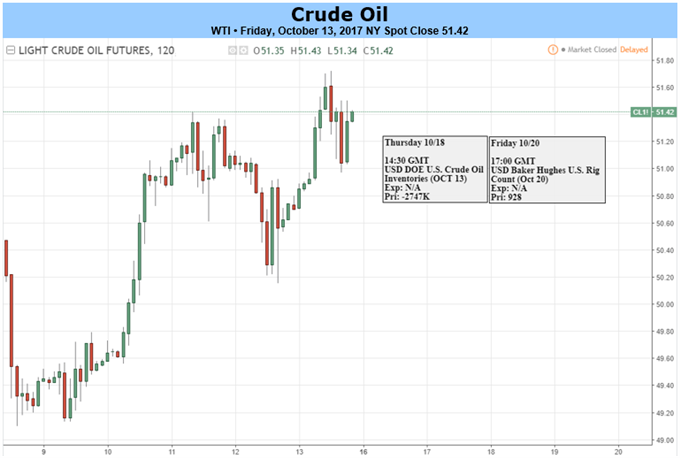 Traders no longer appear confident of selling WTI Crude Oil below $50 a barrel. That appears to be the message from this week’s trading. A handful of Oil bullish headlines filled the trading monitors in the second week of October. First, the EIA reported a stronger than expected draw of Crude Oil inventories for the week ended October 6 per the weekly crude oil inventory report by the EIA. Second, OPEC predicted better demand for their crude in 2018 due to consumption growth ahead of the November OPEC+ meeting in Vienna next month. Last, troubling reports of Kurdish troops have moved into the oil-rich region of Iraq per Reuters.

While the takeaway from the week appears to be the support of Oil prices due to a multitude of factors, the International Energy Agency noted in their monthly report that OPEC-driven cuts have stabilized the market but significant price appreciation in 2018 is in doubt. On Thursday, their report highlighted concerns on non-OPEC (i.e., US shale) production when they noted, “It is this current outlook that might act as the ceiling for aspirations of higher oil prices.” While the IEA was encouraged by the actions of OPEC they noted that it will take renewed discipline to see price gains hold. Since June, Brent Crude has risen by ~25% so it’s fair that the price would have a difficult time riding the momentum of H2 2017, ceteris pluribus.

Now, on to the charts. A daily settlement on the front-month crude contract above $52.10 would further bolster the bullish case on the charts that align with the fundamental developments above. A supporting factor in the move higher is the weakening US Dollar after a disappointing inflation print on Friday though that effect may be short-lived and is only supporting the broader price appreciation as opposed to driving the move. The encouraging chart development from the week was the strong pivot off of the $49-51 zone on WTI that previously acted as resistance. When old resistance turns into new support, technical traders look to this as a polarity zone that encourages new buying at higher prices and discourages chasing sell-offs. 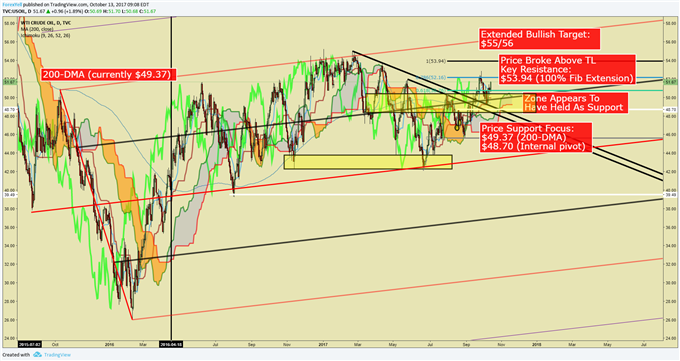 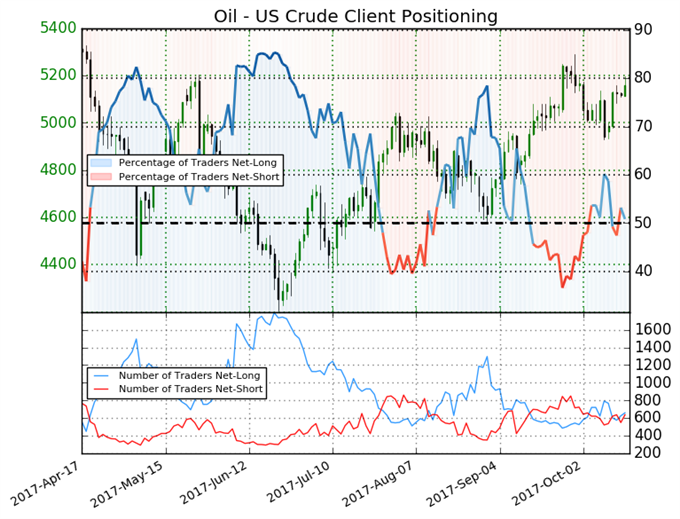 We typically take a contrarian view to crowd sentiment, and the fact traders are net-long suggests Oil - US Crude prices may continue to fall. Positioning is more net-long than yesterday but less net-long from last week. The combination of current sentiment and recent changes gives us a further mixed Oil - US Crude trading bias. (emphasis added).