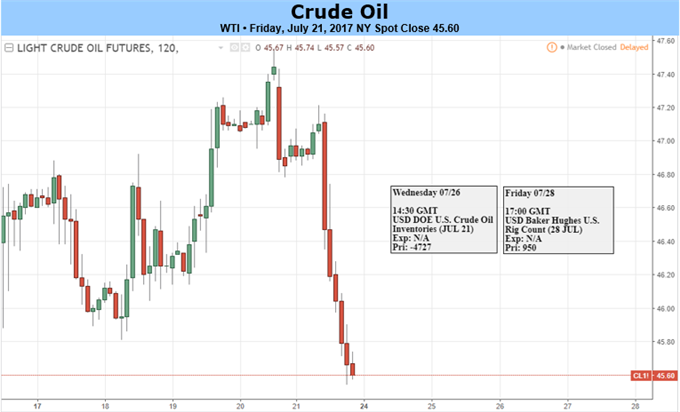 You have likely heard that Oil is lower and pressure remains on price due to oversupply. However, the reasons and anecdotes pointing to the remaining supply problems are evolving. A report from Petro-Logistics on Friday morning showed OPEC output appears set to rise again. The report showed OPEC output is likely to be above 33m barrels per day July, which is higher than the agreed upon group target of 32.5m barrels that was agreed upon when they agreed to extend the production cap in May.

Over the coming days, and into next week, there will be an OPEC meeting in St. Petersburg, Russia to discuss the agreement to cut productions. The increased production as reported from Petro-Logistics likely shows that further cuts will not develop, but rather justifications for increased supply from OPEC and countries like Russia that voluntarily joined the production to support the market. The increased OPEC production in July shows that OPEC supply has hit the highest levels of the year.

A few positive developments in the energy sector initially helped support Crude Oil this week led by the 4.73mln draw per the weekly EIA supply report. Also present in the report was a note that Saudi Arabia is holding to their promise to export less Crude, which was seen with Saudi oil exports hitting their lowest level in seven years.

By combining the increased supply pressure as evidenced by OPEC production above agreement levels with the chart below, you can see the importance of the $48 level, which houses multiple forms of price resistance. Next week, traders who consult the charts will likely look to the 55-DMA ($46.70) as a point to see if last week’s momentum will continue. 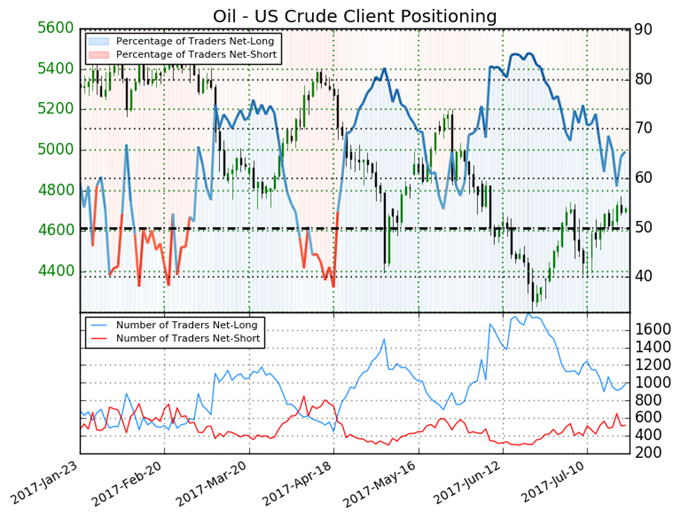 We typically take a contrarian view to crowd sentiment, and the fact traders are net-long suggests Oil - US Crude prices may continue to fall. Positioning is more net-long than yesterday but less net-long from last week. The combination of current sentiment and recent changes gives us a further mixed Oil - US Crude trading bias.(Emphasis mine)

The insight derived from this sentiment analysis on Oil is that traders are reducing their long coverage despite recent gains. However, the sentiment bias remains, which keeps the focus lower.