Brexit Briefing: Politics Take a Back Seat to Economic Data

The British Pound edged lower against both the USD and the EUR Tuesday after the latest UK inflation print failed to meet analysts’ expectations. CPI rose 1.8% year/year in January, missing expectations of a rise to 1.9%, while core inflation remained unchanged at 1.6%, against expectations of 1.7%. And in a quiet day for UK political news, GBP actually moved on the data although the losses were relatively modest.

In slightly better news for UK home owners, official figures also released today by the ONS showed that post-Brexit fears of a crash in the UK property market have failed to materialize. Data showed that the average house price rose by 1.4% in December, beating expectations of a 1% rise, while on an annual basis house price growth accelerated by 7.1%, up from 6% in November. According to analysts this move was consistent with recent strong monthly figures from lenders Nationwide and Halifax.

Ahead of next week’s House of Lords debate on Article 50, the government reiterated the timetable for starting the process to leave the European Union.

Speaking at a press conference in Helsinki, UK Brexit Minister David Davis said that he still expects Article 50 to be triggered by the end of March, pushing back reports of an earlier departure date. Recent commentary centered around UK PM Theresa May beginning divorce procedures at the start of a two-day European Council meeting starting on March 9.

“The 9th or 10th is not a date I recognise in terms of our timetable. What we have said is by the end of March; sometime during March,” Davis said.

The Brexit Minister was meeting Finland’s Foreign Minister Timo Soini, who indicated that he favored a friendly Brexit, saying that he wanted an outcome that was good for both the UK and the European Union. These words were in sharp contrast to recent commentary voiced by Austria’s Chancellor Christian Kern, who said the UK must suffer when it leaves the 28-nation bloc.

“A member of a club must have better conditions than somebody who isn't a member of this club – our British friends must be aware that nothing else can come out of these negotiations,” he said, adding, “Everything else would be a capitulation by Europe.”

Feb. 20 - House of Lords is scheduled to begin its scrutiny process with a two-day debate.

Feb. 27 and Mar. 1 - Lords due to begin ‘Committee stage’ of legislation, during which amendments will be discussed and may be voted upon.

Mar. 7 - Lords debate final wording of Bill and may vote on further amendments.

- After this stage, if the Bill has been amended by the Lords, these amendments will be passed to the lower chamber for approval. The Bill can be passed back and forth until they agree.

- Once approved by both houses, it will go on to receive ‘Royal Assent’ and officially become law. 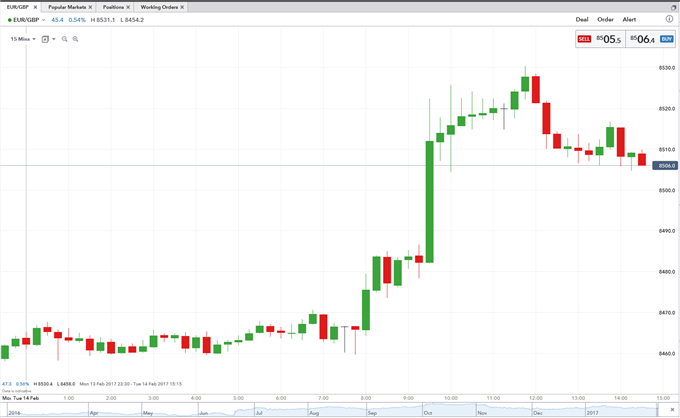