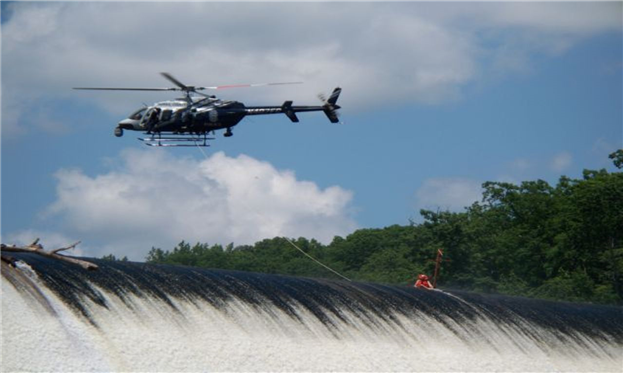 Helicopter Money Primer: The Possible Next Frontier in Quantitative Easing

It has been said that if you want to get an outrageous idea accepted, you must help people warm up to the idea. The first way to warm up to an idea is to help them get over the shock of hearing for the first time, and watch as the crazy idea goes from extreme to unreasonable to possibly, a good idea.

What Brought Us To The Helicopter Talk?

Giving the complete story of how we came to the point where ‘Helicopter Money’ become serious, even if some dismiss the idea, the topic could take up an entire library. Bond markets have stopped functioning in their historical manner as Governments continue to purchase the available assets to try and “jump-start” economic revival. Now, many major developed economies are muddling along as said by John Mauldin, and the central bankers are running out of things to buy to stimulate the economy.

Total Assets purchased by central banks have been in the of trillions of dollars, which has undoubtedly inflated assets as the numerator has substantially increased.

Japan owns more than ~52% of ETFs in Japan, and their holdings make them a top-10% holder of 90% of JPN225 companies per Grant Williams. The European Central Bank is worried that the floor they sat for buying bonds at -0.20% yield now no longer allows them to buy enough to stimulate the economy.

When combining the European Central Bank’s bond-buying program, the Japanese Trillions of Dollars of Stimulus, and the ~$4 Trillion of asset purchases that the Federal Reserve hath wrought, and that doesn’t include the untold Trillions spent (some would argue most effectively, and others would argue least effectively) by the People’s Bank of China.

Put another way, the models of economic growth that central banks have been using are broken. They’re not working to stimulate the growth they’ve nearly promised with their asset purchases. Now, you have an environment where money is chasing old assets with a specific coupon that is above the market as opposed to looking for new corporate projects with a positive Net Present Value that could increase the wealth of shareholder’s while employing the underemployed in more effective roles. This view was argued very effectively IMO by the Financial Times’ Izabella Kaminska.

What Are the Origins of Helicopter Money?

Many economic libertarians (let the market sort it all out) point to Milton Friedman as the bastion of appropriate market-driven economic thought. Friedman has done as good a job as anyone over the last 100 years in explaining how greed is universal and the desire for economic gain in a free market will allow the unprofitable companies to step aside as profitable companies, which Mr. Friedman said is the "Only Responsibility" that companies have.

That being said, the concept of a Helicopter Drop, which has been called a ‘QE for the People’ was initiated when Friedman penned these words in 1969, which was when the Economic Miracle of post-WWII was coming to a close:

“Let us suppose now that one day a helicopter flies over this community and drops an additional $1,000 in bills from the sky, which is, of course, hastily collected by members of the community. Let us suppose further that everyone is convinced that this is a unique event which will never be repeated." (Milton Friedman, “The Optimum Quantity of Money,” 1969)

Why would this (presumably) work?

First, we’ve found that there is not only diminishing returns for low rates, but low rates that have been a key tool alongside asset purchases, and we’ve seen that the stimulation that was expected from such low rates has failed to surface.

Such an environment has been like spending / investing $10 to get $1 in return, while still having to pay back the $10. Not a recipe for long-term economic growth and inflation the Fed, et. al hoped to provide.

However, the key point is that the troubled assets that have been swapped for capital at the largest financial institutions have been met with a surprising development. Regulations and capital hoarding. Regulations have required banks to hold substantially more capital on their balance sheet, in effect putting less in the economy than they ever have and at the same time, banks have been forced to cut high paying jobs in the trading and Investment Bank division because many segments of the business have been deemed too risky for banks to continue operating.

Therefore, a Helicopter Drop of Money from a Central Bank is the idea of putting money in the hands of the people who now are looked to stimulate the economy. In other words, the consumers themselves.

The spending from the newly temporarily wealthy consumers would boost consumption alongside an increase in public works to stimulate the economy to new heights presumptively.

Who May First Engage In This Unorthodox Form of Monetary Policy?

In early July, as the JPY had recently broken above ¥100 vs. the USD after Trillions of ¥ were purchased and provided to the economy to bolster the Japanese economy, a headline flashed that caught a lot of people’s attention:

This headline was revised to state:

To save you the research time, Bernanke did have a meal meeting with Shinzo Abe.

This aligned nicely with an article from Sankei that said Etsuro Honda, an Abe adviser advised recently that “now is the time to introduce helicopter money.” While another Special Advisor to Abe, Koichi Hamada, said that helicopter money might be considered with the condition that it is used only once.

While the discussions revolving around ‘helicopter drop’ have been denied, many participants in the Financial Markets have a good enough memory to recall Davos 2016 when Kuroda denied the need for negative interest rates one-week before he announced negative interest rates. Therefore, people are still keeping an eye on such a development, even though it has been denied by top members of the BoJ and Abe’s cabinet.

According to Honda, Former Federal Reserve Chairman Ben Bernanke floated the idea of either perpetual bonds (no maturity) or helicopter money as the strongest tool to overcome deflation.

Central Banks have their backs up against the wall. They are trillions of dollars, JPY, Euros, Yuan deeper in debt than they’ve been any time in history with a muddling along global economy to show for their efforts.

Therefore, if central banks are looking for the last bullet to take the economy out of a deflationary trap, the helicopter money may be an effective answer. Helicopter money looks to provide spending capital to consumers instead of banks who have been hampered by regulations post-financial crisis.

For now, the United States looks least likely to employ such an extreme move while the Bank of Japan, in theory, looks most likely to engage this method if deemed appropriate.

Implementation would be very difficult, however as a “last-resort,” it may be worth jumping the hurdles to turn the conversation from ineffective central bankers to how to tame inflation.