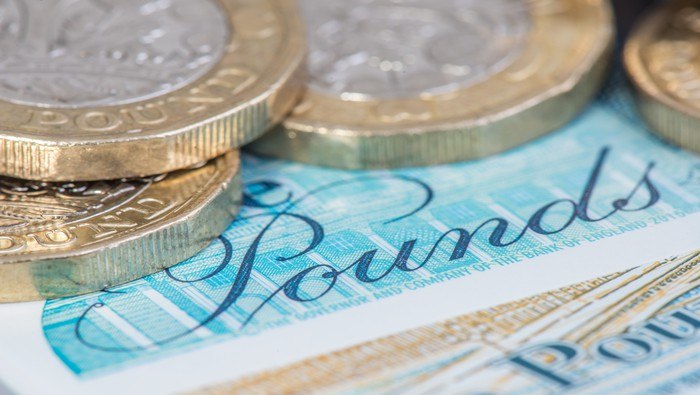 GBP/USD fell on Wednesday to its weakest level since 1985, briefly piercing the March 2020’s trough and sinking as low as 1.1405, flirting for a moment with bear market territory, a condition described as a 20% drop from a recent peak (June 2021 high). Although the pound managed to trim some losses and stabilized around 1.1470, it is not a good sign that the currency is testing levels not seen since Margaret Thatcher was prime minister and the world's richest nations were working on the Plaza Accord to artificially depreciate the U.S. dollar.

The British pound’s collapse has been, in part, a consequence of broad-based U.S. dollar strength. For instance, the greenback, as measured by the DXY index, has been on a tear in 2022, conquering multi-decade highs above the 110.00 mark this week, bolstered by U.S. economic resilience and bets that Fed will stay committed to an aggressive tightening roadmap in its efforts to tame inflation. By way of context, U.S. headline CPI clocked in at 8.5% y-o-y in July, a reading more than four times higher than the FOMC’s 2.0% target.

The other part of the story behind cable’s massive slide is the energy crisis in the UK and Europe in general, stemming from the fallout of the ongoing war in Ukraine. Surging inflation in the region, exacerbated by sky-high natural gas prices, has created a dire economic environment, increasing the likelihood of a painful recession, with the Bank of England (BoE) warning of downturn that could last more than twelve months.

Britain's new Prime Minister, Liz Truss, has promised to put in place support schemes to reduce energy costs for businesses and households, but these proposals may not be enough to avert a long economic contraction. Though the deficit-financed aid package may help to reduce short-term price pressures and thus the need for aggressive hikes by the BoE, they will worsen the country's external position, posing serious risks to the balance of payments. Should the central bank slow the pace of rate increases in response to developments on the fiscal front, the pound could lose a potential catalyst.

Against this backdrop, there is little reason to be optimistic about the pound's prospects. While temporary rebounds cannot be ruled out given the currency’s oversold conditions, the path of least resistance for GBP/USD appears to be lower. In fact, the technical picture could worsen if the exchange rate drops below the 1.1400 area decisively. A move below this major floor would confirm bear market, a situation that could spur a bigger sell-off.

On the flip side, if buyers manage to defend the 1.1400 zone and trigger a bullish reversal, initial resistance comes at 1.1610, this week’s high. If prices extend higher and climb above this barrier, the recovery could accelerate as sellers bail start to bail, paving the way for a possible advance towards 1.1775. Even if this ambitious scenario played out, the long-term downtrend, reflected in impeccable lower highs and lower lows developed over the course of more than a year, would remain mostly unscathed. 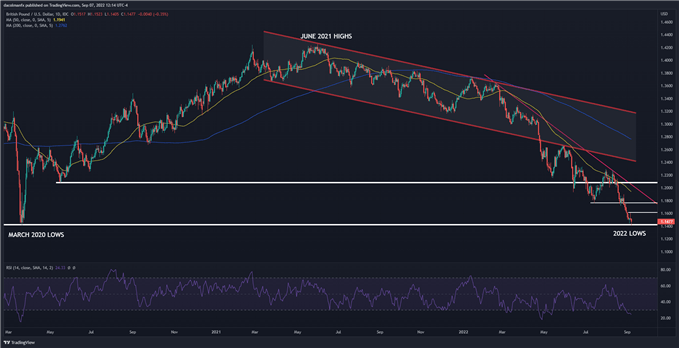