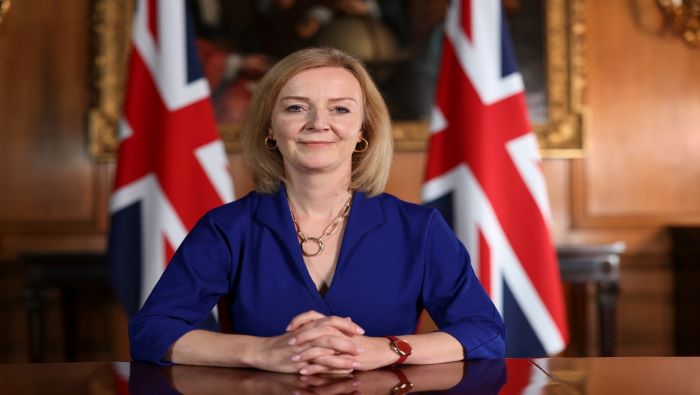 Liz Truss has been announced as the next UK Prime Minister with 57% of party votes and will be the third PM in six years. In terms of proceedings, Liz Truss will officially become Prime Minister tomorrow, providing a speech Tuesday afternoon.

This will offer some good news for the Pound now that the UK will be out of this fiscal policy vacuum. In recent weeks we have seen UK government bonds and the GBP sell-off aggressively (maybe part of this reflects political risk premium being priced in), which is similar to how an EM currency would trade. That said, over the weekend, UK press reports noted that Liz Truss is considering freezing energy bills. Allies say to expect a shock and awe moment to tackle the cost of living crisis. Elsewhere, Liz Truss has also clarified her stance on the Bank of England, reaffirming the importance of their independence and rowing back some of her tough rhetoric around BoE reforms.

As such, now that fiscal policy measures are just around the corner, the period of GBP underperformance may have peaked for the time being. Consequently, while GBP sentiment is through the floor, there is perhaps a case for a modest mean reversion in GBP crosses, particularly against the Euro as opposed to the USD as it is difficult to bet against the greenback. A reminder that last week saw the largest weekly rise in EUR/GBP since May.

On the technical front, key topside hurdles are situated from 0.8670-0.8720. Meanwhile, rate differentials also point towards lower EUR/GBP. The view of lower EUR/GBP would be reassessed should the cross break above 0.8730-35. 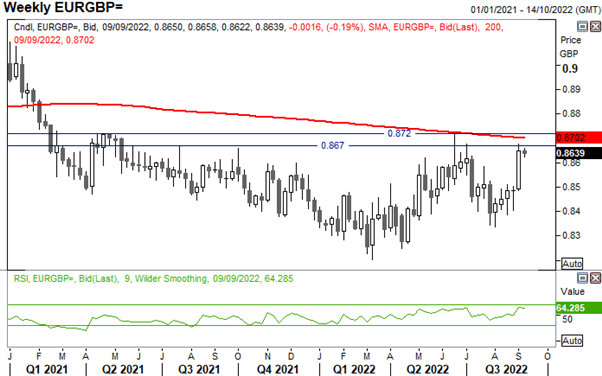 Looking ahead, outside of politics, GBP traders will be closely watching Bank of England’s Catherine Mann’s speech today (16:30BST), which will be on “inflation persistence and monetary policy strategy”. Keep in mind, that Catherine Mann is among the most hawkish voters on the MPC and also one of the few if not the only member to comment on the undesirable impact of a weaker Pound. As it stands, money markets are pricing in a 75% probability of a 75bps hike at the upcoming BoE rate decision. This speech will be key to gauging the likelihood of such action.