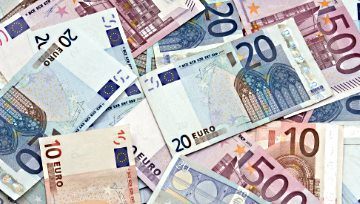 Euro Strength Through a Series of Risks

It’s been a bizarre if not unexpected two-week stretch for the single currency. Going into the last full week of May, European Parliamentary elections threatened to create a bit of worry, and despite a bent of nationalism that showed through many of those electorates, the European currency remained fairly calm in the aftermath. And then last week brought an ECB rate decision in which the bank took on a familiar dovish tone, appearing uneasy with recent trends towards inflation and economic growth. But, similarly, bears failed to capitalize and prices have continued to trend-higher. This speaks to the fact that this pessimism around Europe isn’t necessarily a ‘new’ thing while matters in the US have begun to shift of recent.

Last week saw FOMC Chair Jerome Powell take on a dovish tone in a set of remarks, and this furthered a theme of USD-weakness that outmatched any selling that might’ve shown in the Euro. Those Powell comments also helped to firm US equity prices, and as the risk trade has come back in full bloom after a rocky month of May, themes of Yen-strength have also taken a back seat.

This leads to a fairly interesting backdrop around the Euro. For traders looking at bearish Euro themes, EURJPY may hold some attraction as prices are testing a key area of resistance. And that theme of risk aversion/bearish Euro prognostications appears to align very well with themes of Yen-strength, thereby making EURJPY as a viable candidate. On the other side of the argument, for those looking at Euro strength, whether as a short-term retracement or a longer-term reversal, EURUSD may be a bit more attractive given the recent trend that’s priced-in. Below, I look into each of those pairs.

Last week’s run of selling in the US Dollar was rather pronounced, and this comes in stark contrast to the way the currency had traded for much of the prior eight months since bottoming out in September of last year. That generally strong US Dollar to go along with a generally weak Euro was a theme that currency traders were really able to sink their teeth into last summer, and that theme of weakness in EURUSD showed up again in September as discussions between Brussels and Rome started to grow contentious around the Italian budget.

But, through it all, sellers continued to show significant trepidation around support. Even as the European Central Bank announced a fresh round of QE in April, just a few months after announcing an ‘exit’ from stimulus, EURUSD posed a muted bearish breakdown. Sellers were unable to encroach below the 1.1100 handle, and a number of bear traps built in the month-and-a-half that’s followed.

But now that USD weakness is coming into the equation, EURUSD has bucked the recent bearish trend to push up to fresh two-month-highs. The past week has provided a number of interesting clues around topside themes in the pair, including last week’s quick test of support at a key zone on the chart that runs from 1.1187-1.1212.

It’s already been a topsy-turvy type of year in EURJPY, which came into 2019 screaming lower as Q4 themes of risk aversion remained. The first quarter of this year was marked by recovery from that swoon, but sellers came back into play in mid-April and have controlled the matter for much of the time since.

So far in June, prices have bounced as the risk trade has come back into favor. Current resistance is showing in EURJPY around 123.10, which is the 23.6% Fibonacci retracement of the 2008-2012 major move. This price was in-play in late-2016 and early-2017, helping to set resistance turned support as the trend flipped.

This longer-term Fibonacci level in EURJPY is confluent with another level of interest, as the 50% marker of the 2019 major move is just a pip away. A hold of resistance here keeps the door open for themes of bearish continuation, looking for a move towards 122.00 followed by a push towards prior support around 120.85.