- Retail traders are currently net-long NZDUSD and have remained net-long since April 2; during that timeframe, NZDUSD prices fell by -2.6%. 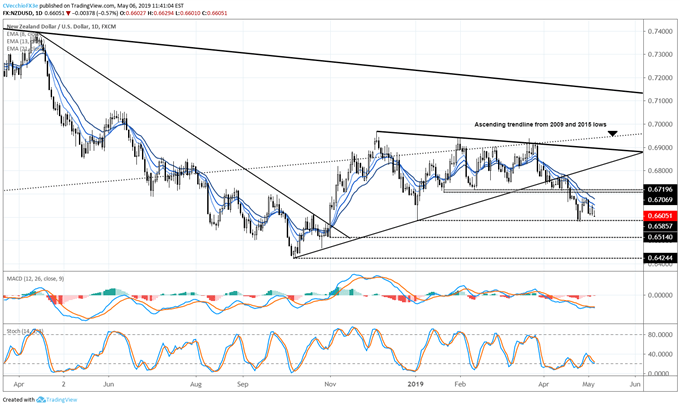 The near-term price forecast for NZDUSD remains bearish as technical studies point to a weak momentum environment. Price remains below its daily 8-, 13-, and 21-EMA envelope, while both daily MACD and Slow Stochastics point lower in bearish territory. After breaking the early-2019 flash crash low set on January 3 at 0.6587, NZDUSD prices established a fresh 2019 low at 0.6580 in the final week of trading in April. As such, a move below the April low of 0.6580 would likely trigger an effort to return back to the November 1, 2018 low at 0.6514. 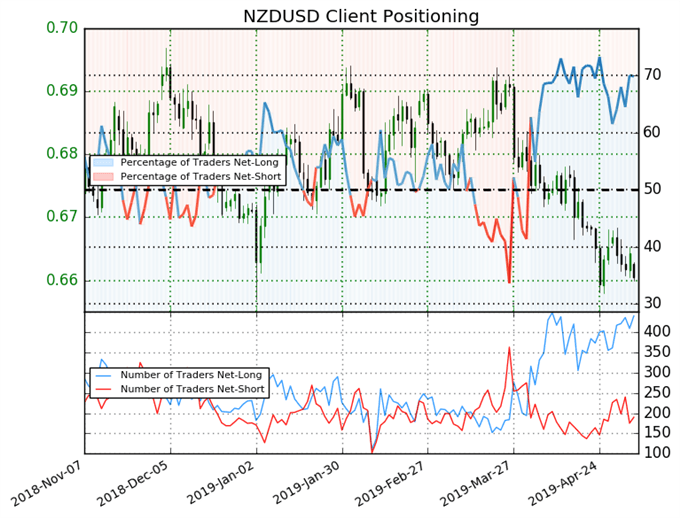