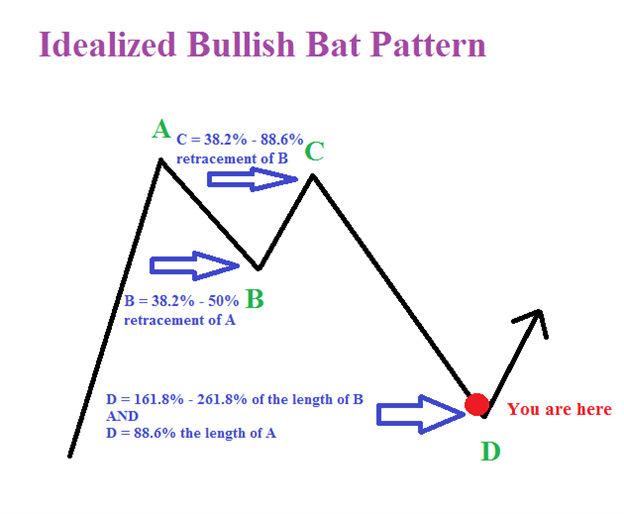 EUR/GBP Looking to Emerge From the Bat Cave

-Bat Pattern offers a blueprint of the movements on the EURGBP

-Be patient for bullish trades in this 2 year pattern

The EUR/GBP cross rate for the past 1 to 2 months has remained relatively stable. Taking a closer look at the price pattern suggests there may be a fairly immediate move lower to retest support. If this happens, the test of support near .7860-.7870 is a zone where we can look for a more meaningful bullish reversal.

When analyzing the daily chart, the EUR/GBP appears to be carving out a two year bullish bat pattern that began July 2012. These patterns provide fairly tight reversal zones near the 88% retracement level of the preceding up move. That potential reversal zone in this case is near .7860-.7870. 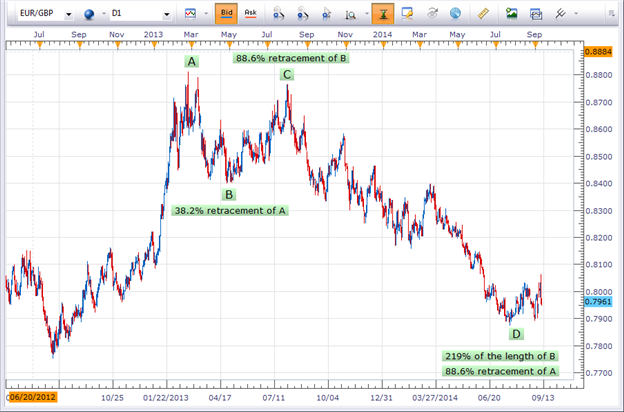 Prices came to .7873 on July 23, 2014 after closely resembling the suggested retracement ratios of the pattern. The move on July 23 could have been enough to finalize the bullish bat pattern. However, since then, the pair has moved higher in an equal wave pattern which suggests there will likely be one more test of the .7873 low. This test, if it occurs, will allow us to position to the long side with a tight stop.

Suggested Reading: How to Use Alternation Waves in a Forex Strategy (Part 1) 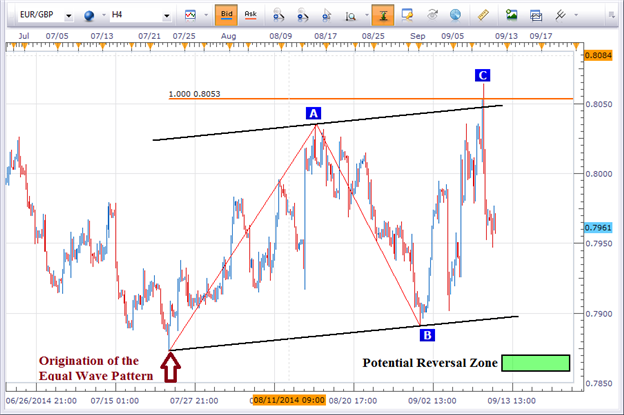 We can confirm the equal wave pattern when yesterday the EUR/GBP reversed sharply at .8053. This is the point that would create a bearish equal wave pattern. That type of violent move at an equal wave point suggests the market is moving in harmony with the previous waves and a new low is likely on the horizon.

There are a series of resistance levels in the way of the trade. The first target would be the September 2014 high near .8064. A big resistance level rests at .8150. Those price targets would offer an opportunity to scale out of a trade.

Implement conservative amounts of leverage so if the trade doesn’t work out, you would have lost only a small piece. Here is a guide on how to determine appropriate effective leverage.