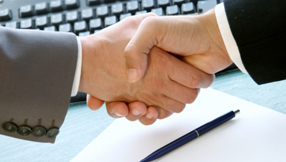 What is a Good Win Ratio?

As I’ve traveled and given FX strategy presentations around the world, one question that frequently comes up from the audience is an inquiry about the strategy’s win and loss ratio. In essence, the listener is attempting to judge the quality of the strategy by its win ratio.

(The win ratio is simply the number of winning trades divided by the total number of trades. For example, a trader who won on 15 of 20 trades would have a 75% win ratio.)

When confronted with the question about a strategy’s win ratio, I’ll provide the audience of my opinion and then follow up with another question.

“Do you think that a 45% win ratio is a good win percentage?”

I can tell by the gazed looks of most attendees that they are not sure how to respond.

On the one hand, if the win percentage is not good enough, why would the DailyFX EDU team teach the strategy?

I then follow up with another question, “I have a strategy that wins on 90% of its trades. Are you interested in seeing the strategy’s buy and sell rules?” Inevitably, I will get several interested parties who raise their hand.

How can a strategy that wins on 90% of its trades be a losing strategy?

How can a strategy that wins on 45% of its trades be a winning strategy?

The answer lies in analyzing the strategy’s win ratio alongside the risk-to-reward ratio. The result of the analysis provides us with an expectancy of the strategy.

For example, the reason the 90% win ratio loses money is because it wins a lot of small trades, and then loses big. This is exactly why the majority of traders lose money in Forex according to our Traits of Successful Traders research.

(The research is available with a name, email, and phone number registration.)

Notice how even though strategy won on 90% of the trades, it still lost over the long haul as the 10 losers lost more ground than the 90 winners made.

In the first example above (Strategy A), clearly the trader is risking a lot while profiting a small amount. Although they might feel good about being on the winning side of the trade frequently, they are blind-sided when the strategy is negative after a basket of 20 or 50 trades.

Many traders fall into this camp because they get emotionally tied to a trade and take profits too quickly or hang onto losing trades too long. There are many reasons for getting emotionally attached from lacking confidence in their trading knowledge or perhaps over leveraging their account. Regardless of the reason, the outcome has a negative bias associated with taking profits too quickly while exposing your account to relatively larger losses.

On the other hand, Strategy B wins on fewer trades, but the trader is confident in their approach in that their edge is the risk management on the trade. They are not as concerned about winning on each trade and are more concerned about progress being made over a basket of trades.

Whether you are analyzing your own trading performance or the performance for choosing a Forex automated strategy, take a minute and run through the calculations above to see if the strategy yields a positive expectancy.

Add me to your Forex circle on Google Plus.