Identifying the Two Most Important FX Prices To Start 2015

“Know what you want to accomplish, how you intend to get there, and what you will do if it does or does not work out. Have a plan and stick with it. That works in trading, as well as in life.”

Welcome to trading in 2015. The year is new but the game is the same. Price action is what matters regardless of the news and because of that, we’ll be discussing a price only trading methodology known as Opening Range Breakouts that looks at key levels near the beginning of a respective session in order to find key levels that if broken, would indicate a shift in market preference and can lead to a new trend.

If you’d like to practice trading opening range breakouts after identifying time-based price extremes, you can set-up a FREE FXCM Demo account here.

The opening range has been popular for some time. Originally, Opening Range Breakouts or ORBs were used for intraday price direction bias and gave way to what was known as the 10 O’clock Bulls. The name was fashioned in a bull market after the first 30 minutes of trading on the floor of the stock exchange after the retail orders had come through on yesterday’s news. A price breakout at 10:00am EST, 30 minutes after the 9:30 NYSE open would bring a parade of buyers who followed this strategy. 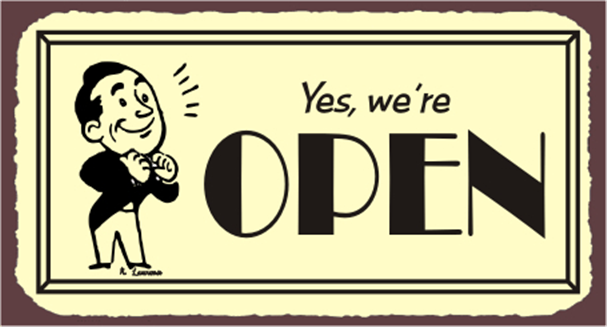 The opening range is a price range that you can identify by set price highs & lows over a set period of time. Once a breakout happens through support or resistance, you can use the opposite extreme as a protective stop and look to enter in the direction of the breakout. Opening Range breakouts are a momentum play with an impressive accuracy rate for a seemingly random world of market price action.

To show you an example of opening range breakouts, one doesn’t need to look far. The second half of 2014, which began in July saw one of the sharpest reversals on record. This breakout favored the US Dollar across the board after nearly a year of declines in the US Dollar.

The Macro Opening Range takes the same concept mentioned earlier and stretches it out over the first week of the money or first two trading weeks of January and July. January begins the first half of the year and July begins the second half. The concept is equally valid and only the time allowed to establish the opening range is adjusted when taking a macro view as discussed in this article.

First, you’ll need to establish the length of time you’ll be measuring for a bullish and bearish price extreme, whether it’s for the session or first two weeks of the half of the year. Next, you’ll need to decide whether or not you’ll use a volatility and or time buffer such as a percentage of ATR and time of open in order to prevent getting in on a move that could be a fake. Because you’re looking for a move that is ideally a multiple of the opening range distance, buffers like time and volatility can be worth the few pips you give up on the front-end trying to confirm the move.

The chart above can help you visualize what’s going on. After the high and low of the first two weeks are established, you can use them to see where price momentum is heading whether bullish or bearish. The opposing extreme is the original stop and should be trailed once to at least break even once the opening price range is in pips is in your favor. This means if a 150 pip opening range for H1 2015 is displayed on your currency pair, and you see a breakout in your favor of 150 pips, it’s best to take as much risk away from you and move the stop to break even or better.

Once the levels are established and the risk is set, the hard work is done. Next, you must manage your risk and decide if you should add to a good trade or simply enjoy the ride with the exposure you have. Regardless of the answer, you should not overleverage as this strategy has a sub-50% win rate like most strategies and rely on a good risk: reward for viability.

My Parting Advice: Be Aware of a USD Bearish Breakout.