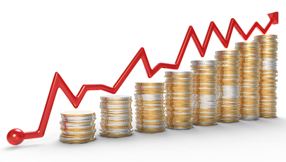 Assume you were playing a dice game using a six sided die and given the choice of two different scenarios below (Option A or Option B). Which would you choose?

Option A – Obtain a ‘one’ reading on one roll

When asking several folks this very same question, they opt for Option B. The logic is simple. You have more opportunities to obtain the winning number in the second option.

In fact, if we expand out the number of rolls to ten, then chances of success increase even more to 83%.

Now, let’s twist around and look at this game from a slightly different angle.

The outcome in Option A places too much emphasis on one sole result…the result of rolling the die once. There are only 6 outcomes (a ‘one’, ‘two’, ‘three’, ‘four’, ‘five’, ‘six’) of which I win in only one instance.

As a result, I have essentially spread out my risk and diversified that risk across multiple rolls.

Though the logic makes intuitive sense, as traders we tend to do the opposite. We see a great trade set up and risk too much on that single trade. Then, if the market moves against our trade, we get stopped out and sustain a significant loss.

That is why you will hear many professionals talk about ‘staying power’. That is the ability of your account to withstand a drawdown on equity. Improving your account’s staying power means implementing conservative amounts of leverage so when that losing trade or sequence of losing trades take place, you will still have the bulk of your account capital left over for a potential winning trade in the future. 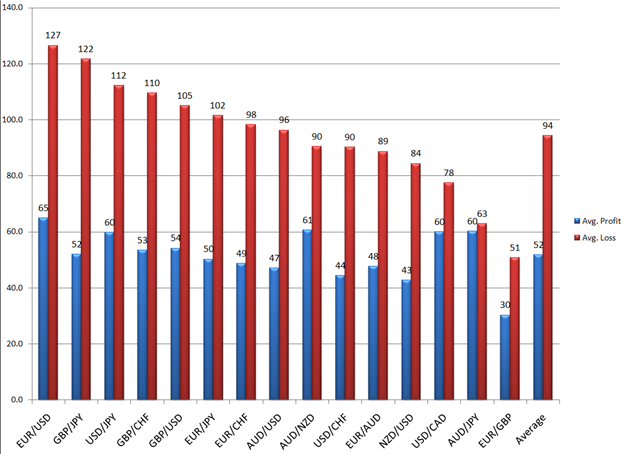 “What is the Number One Mistake FX Traders Make?” via DailyFX

According to our Traits of Successful Traders research, the winning trades on average produced 52 pips while the losing trades lost an average of 94 pips. Clearly traders were risking a lot to make a little.

Once that trade was slightly in the positive, nervous traders would then close it down for a small profit. On the other hand, that same trade deep in the negative was living on the hope of turning around and if it never did, there was a large loss.

Again, the simple problem is that too much weight was given to each individual trade. Otherwise, why would the average trader close out a profitable trade early and let a loser run longer?

Although it is easy for me to say “risk less on your trades by implementing appropriate amounts of effective leverage,” the true obstacle in our way is our own minds. We need to re-evaluate how we view trading.

I want to encourage you to think about your next trade like it is the first in a ten trade sequence. That way, you should be less concerned about the profit or loss on that one trade and let the strategy do its work. Then, after that trade closes, think about the next trade as the first of a ten trade sequence. Continue that line of thought until you have made 100 trades.

If your block of trades are producing net profits and if your average winner is larger than your average loser, then congratulations! You have been able to de-emphasize each of your trades and let the strategy work.

This article was the fourth part on trading FX with discipline.

Part 2 – Take what the Market Gives You

Learn more about our Traits of Successful Traders Research.