- How to go beyond ‘chart reading’ and enrich your analysis

- Why stocks considered ‘down and out’ might be good picks

- The advantages of posting charts by hand

Helene Meisler is an experienced and respected market technician and columnist for Real Money. In this edition of our podcast Trading Global Markets Decoded, our host Tyler Yell talks to her about how technical analysis strategies have evolved, why she favors ‘down and out’ stocks, and what patterns traders should look out for in 2019. Benefit from the technical analysis tips with Helene Meisler and listen to the podcast by clicking on the link.

Technical analysis trading strategies used to be a lot harder to undertake, Helene says. When she began in the 1980s there was naturally no chart technology on every desk, so market players couldn’t just pull up a chart when they wanted.

Helene feels that today, people have become ‘chart readers’ who aren’t really analyzing but just reacting to charts using a slew of indicators. ‘Most of these [indicators] are beyond me. I didn’t grow up using those; it’s not what I do,’ she says.

However, a lot of people looking at a chart and viewing it the same way can set up a great contrarian viewpoint, which Helene sees as her domain. ‘I tend to be very contrarian, I’m a terrible momentum trader. If I ever start looking at things from a momentum standpoint, run the other way,’ she says.

Helene has always filled in charts by hand, although she did try giving this practice up in 1996. ‘We still had dial-up internet, my husband and I had moved overseas, and I was just going to be trading by myself. I thought maybe I’ll just give this up, as I could just get charts on the internet.’ 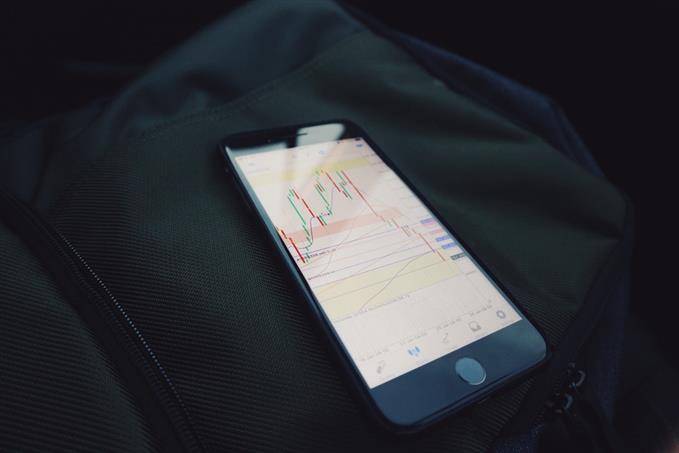 However, at the end of a month of posting charts by hand, she felt she didn’t know what was going on in the market. ‘So I went back and filled in the entire month on all the old charts and never gave it up again.’

Now, she posts her charts at the end of every trading day. ‘It gives me a chance to decompress; to review what’s happened in the market instead of just reacting [instantly] to everything. Putting the pencil to paper and posting the chart is my quiet time.’

She likes to sit with a Steno Pad and on one side write down charts that feel good, and on the other side charts that don’t, listing stocks in alphabetical order.

‘You don’t really pay attention to what you’re writing down until you’re done, and then you can look at all these drug stocks, or software stocks; it gives you a different sense of the market. I guess people would call that a bottom-up approach.’

The Stocks to Choose

Helene likes stocks that are considered ‘down and out’, yet in practice refuse to go down, and end up making higher lows. ‘They’re stocks that maybe were former fan favorites but there’s a laundry list of why you shouldn’t like the stock now, and yet it refuses to go down any more, and starts making higher lows, no matter what bad news comes out.’

She uses the example of semiconductor stock Nvidia. ‘They came out and preannounced their quarter, everyone thought it was horrible; you would have thought the world was coming to an end.

‘But I looked at the chart and I said if it holds the $130 level it’s going be a higher low, it’d look like a head and shoulders bottom, and to me that’s base picking. You’re trying to find where the hate is highest and the stock refuses to react.’

Market breadth has been spectacular so far in 2019, Helene says. She uses the Summation Index for guidance on the direction the majority of stocks are taking. She reports the index has been heading up since late December/early January, and has shown no signs of faltering.

‘Each day I calculate what it’s going to take to stop the rise in the Summation Index. It’s a breadth calculation, and right now it’ll take approximately a net differential of -3500 advancers over decliners.

‘That’s a lot. It would take more than one day of crappy breadth just to halt the rise, and if you break it down, let’s say you get two crappy days, you’d need at least three days to halt the rise in the indicator.’

Helene always looks for what’s happened at prior periods for a barometer on the future. ‘I’m not big on the analogy thing. I’m never going to overlay the S&P today with the S&P in 1900 or whatever; that’s useless.

‘But I will take a look at what the indicators were doing at a prior point in time. And if the indicators are doing the same thing then I’m expecting the outcome to be the same.’

She plays the odds. ‘The odds aren’t always right, but I always ask, what are the odds that we have the same setup that we’ve had in prior times, because the ultimate outcome should be the same.’

Be Sure to Check Out Helene’s Platform

Helene’s daily column can be found at realmoney.com, where she also writes daily newsletter Top Stocks. She can also be reached on Twitter @hmeisler.