Article Summary: Price Action is the study of technical analysis using the most important indicator available to traders: Price itself. This article will walk through a current trade setup as outlined in The Forex Traders Guide to Price Action.

Questions abound in the currency market, and despite the fact that the S&P 500 is thrusting to five-year highs many investors around the world sit cautiously on the sidelines awaiting the next ‘big move.’

The recent G-20 meeting did little to provide clarification. As the rumor-mill heated up in anticipation of some type of statement against currency devaluation, or ‘The Currency Wars’ as they’ve recently been called, markets were fairly disappointed to see any such statement. As a matter of fact, some commentary has even spoken directly against any such ‘Currency Wars’ taking place. In these situations, we must ask ourselves - if someone tells us that gravity doesn’t exist - does that make it so?

Many took this as a green light for Japan to continue weakening the Yen with the goal shoring up their exports, and in-turn, their economy.

While it still may be too early to tell if this will provide a long-lasting catalyst for the Yen to weaken even more against almost every known currency on the face of the planet, the recent Bull Flag put in EURJPY can spell opportunity for traders. 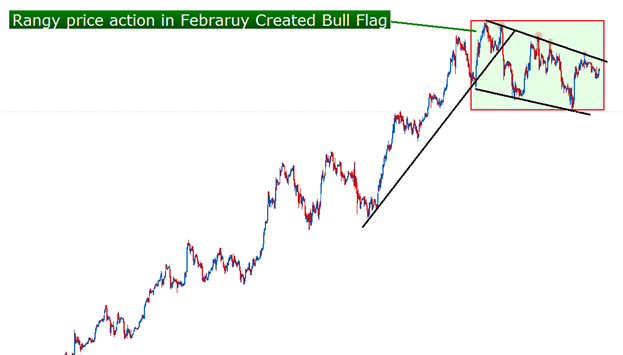 After surging to levels not seen since 2010, EURJPY continues to be a top-performer in the currency market. The moves put in the pair since August of 2012 have been significant in the scope of the pair’s history.

The recent concern going into the G-20 meeting, combined with the uncertainty of the next BOJ governor, the pair put in a Bull Flag formation as investors protected gains. Should the bullish momentum come back in the pair, traders can look to enter using a breakout entry order above near-term resistance to enter the position.

As with any other breakout entry order, risk management is of the upmost importance. The first profit target offers a 130-pip gain with 85 pips of risk, while the second profit target at 130.00 could offer as much as 390 pips to the upside.

And while much of the FX markets attention has been drawn to Japan with ‘The Abe Trade,’ China has begun to put in an improvement in economic data making the prospect of a ‘hard landing’ seem less likely. And for FX traders around the world, one of the best ways of speculating on China is by focusing on their western-like and indispensable trade partner of Australia.

During the commodity boom, the Aussie-Dollar was consistently a top performer. The additional yield drove prices higher, and a robust cycle of commodity prices helped the continent grow as mining and commodities took an even more important role in the development of China.

The fear of a ‘hard landing’ in China, coupled with the sliding price of Gold provided questions for Australia. An interest rate cut towards the end of 2012 with an eye on further cuts cast towards the future led many to begin looking more bearishly on the AUDUSD.

But an examination of the chart going back to June of last year shows something completely different than bearishness:

AUDUSD has been range-bound since June 2012

This is one of the most advantageous elements of price action; despite what rumors or innuendo are flying around the market, the chart always tells the true story of what price is doing at any particular time.

Notice the range that’s been put in the pair shows more indecision than anything else. With price bound between 1.0150 and 1.0600 for much of the time since June of 2012, traders can look to approach the setup in a few different ways.

First, traders can look to play the longer-term range in the pair by buying in anticipation that the higher-highs and higher-lows put in the pair signal continued up-trend to the top-side of the range. 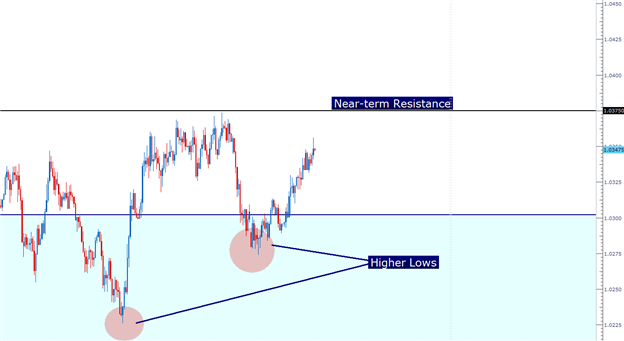 Second, traders can look to play the near-term breakout by buying once resistance is broken. In this setup, we look to do both at the same time.

Trading the range by playing the breakout in AUDUSD 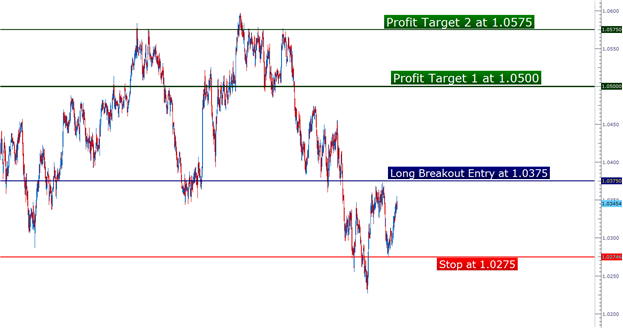