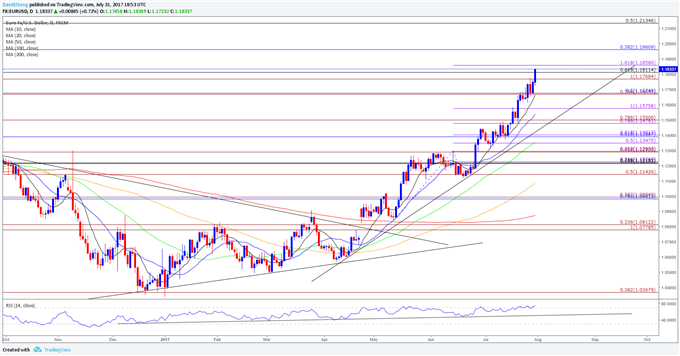 Post-FOMC EUR/USD Strength to Persist Ahead of NFP Report

Sign Up for the DailyFX Trading Webinarsfor an opportunity to discuss potential trade setups.

EUR/USD may exhibit a bullish behavior throughout the second-half of 2017 as the European Central Bank (ECB) appears to be on course to wind down the quantitative easing (QE) program, while Fed Fund Futures continue to highlight a 50/50 chance for another rate-hike this year.

With the non-standard measure set to expire in December, President Mario Draghi and Co. may start to taper the Public Sector Purchase Programme (PSPP) in the autumn as ‘incoming data, notably survey results, continue to point to solid, broad-based growth in the period ahead.’

In contrast, the Federal Open Market Committee (FOMC) may project a more shallow path for the benchmark interest rate as officials warn ‘overall inflation and the measure excluding food and energy prices have declined and are running below 2 percent.’ Even though the ‘Committee expects to begin implementing its balance sheet normalization program relatively soon,’ the uncertainty surrounding fiscal policy may continue to dampen the economic outlook especially as the International Monetary Fund (IMF) downgrades its U.S. growth forecast through 2018. Moreover, the U.S. Non-Farm Payrolls (NFP) report may do little to boost interest-rate expectation as Average Hourly Earnings are expected to slow in July.

As a result, the FOMC may relay a less-hawkish tone at the next interest rate decision on September 20 as Chair Janet Yellen argues ‘the federal funds rate would not have to rise all that much further to get to a neutral policy stance.’ 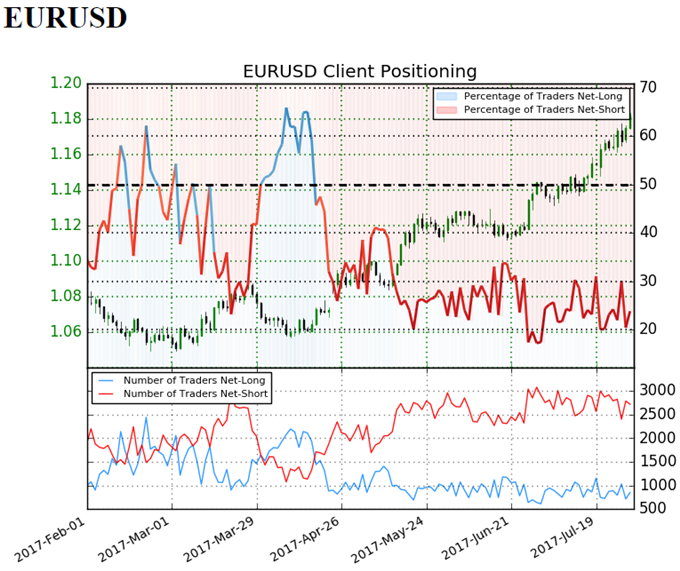