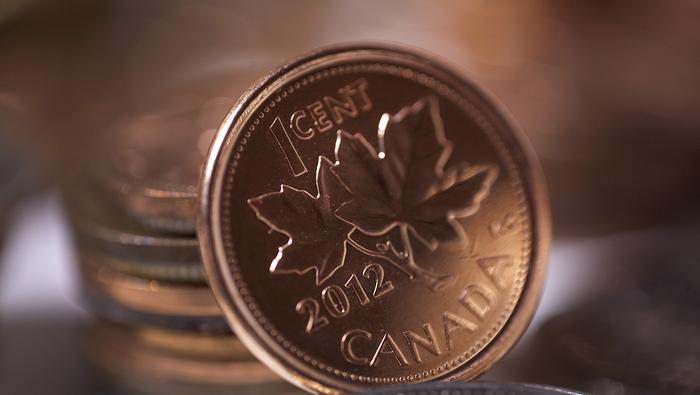 USD/CAD has risen drastically since mid-September when the US CPI print resulted in a massive upward repricing of the US dollar against most currencies, as inflation proved to be hotter and stickier than expected.

The price action roller coaster after yesterday’s US CPI print for the month of September saw USD/CAD reverse of the spike low and appears on track to end the week higher, tempting to break above 1.4000. The compounded move higher leaves USD/CAD rather stretched and may prove to be overbought, lending itself to a potential pullback before another attempt at 1.4000. 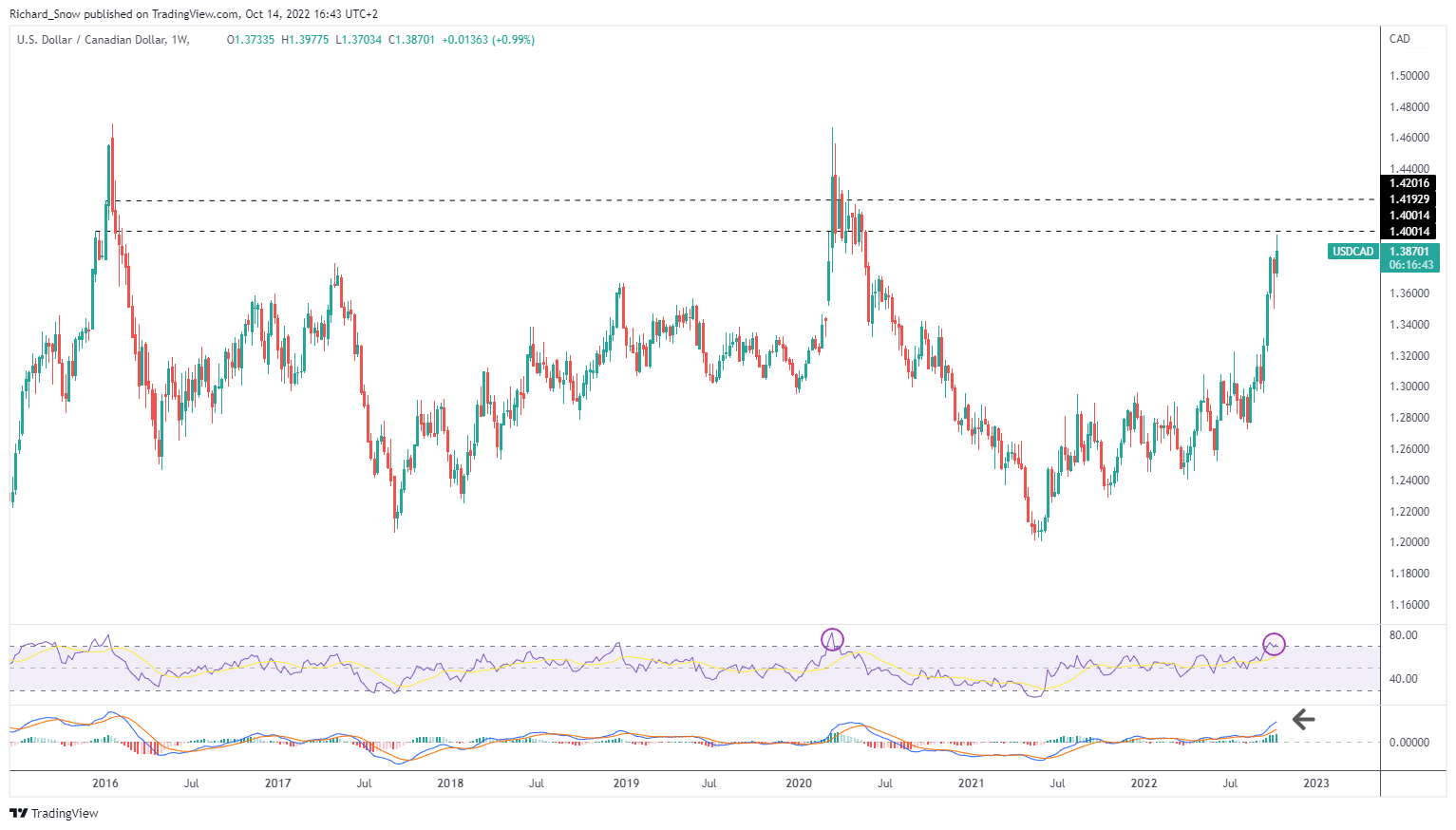 Both the BoC and Fed look ahead to their penultimate rate setting meeting of the year in October and November, respectively. After the BoC provided the largest single meeting rate hike out of the major central banks with a 100-bps hike in July, markets anticipate just 50 bps later this month. On the other hand, stubbornly high US headline and core inflation resulted in money markets anticipating 75 bps in early November with an outside chance of 100 bps. USD/CAD may trade higher on the rate divergence that markets are revealing.

Next week Canadian inflation may influence an upward revision in CAD rate hike odds and, by extension the Canadian dollar, if inflation beats estimates. At the BoC’s last meeting it communicated that they remain resolute in commitment to price stability and will take action as required to achieve 2% inflation target. It also said rates will need to rise further given the inflation outlook.

Canadian Prime Minister Justin Trudeau will need to decide on fiscal support now or to focus on paying down debt and delay spending to next year when the economy is expected to contract. The provinces and federal government have already announced C$21 billion to cushion the blow of rising inflation-induced costs.

Right now, it is crucial for governments to distance policies from what has have seen in the UK - unfunded tax cuts - which has heightened angst in the bond market and a loss in confidence of the pound sterling.

Finance Minister Chrystia Freeland is set to present the annual fall economic statement next month. The update provides information on the current state of the economy and details about the continued fiscal support for individuals and corporates.

While the government insists it is dedicated to reducing the federal debt-to-GDP ratio and federal deficits, looser fiscal policy runs the risk of undermining the Bank of Canada’s efforts to bring inflation down. Increased fiscal spending which isn’t targeted towards those who need it most, can lead to greater spending and hotter inflation.

Canada's general government net debt-to-GDP ratio, including provincial debt, is the lowest among the G7 wealthy countries, meaning backlash around any increased spending is unlikely to matter too much in the grand scheme of things.

Economic Calendar has a Distinct Lack of High Importance US Data

Next week’s main risk event is the Canadian inflation data. As mentioned previously, a hot inflation print could edge rate hike probabilities closer towards 75 bps but that would be dependent on the print. Lower inflation should favor the 50 bps outcome as the BoC remains rather hawkish.