The November report showed an increase in the rate of growth due to increases in business activity and employment. In addition, 13 industries reported growth and the composite index grew for the 30th consecutive month after the contractions of April and Mat 2020. In fact, the services sector has expanded for all but two of the last 154 months and continues to reveal the resilience of the US economy.

Main Improvements on the October report:

Prices: The prices element of the report was seen declining from 70.7 to 70 in November, another indication of easing price pressures to add to the welcome CPI drop on November the 10th. PPI on Friday could also weigh in on the inflation debate when those figures are released.

The US services sector is the largest sector of the world's largest economy and so, understandably, requires a lot of attention. Questions about the strength of the US economy gained traction after Q2 when two successive quarters of negative GDP growth were recorded. While this met the technical definition of a recession, many commentators and even the US Treasury Secretary preferred to dismiss the view that the US economy was in a recession and pointed to the unusually low unemployment rate.

Since then there has been a remarkable turnaround in GDP growth which has seen a positive Q3 number and has the Federal Reserve tracking Q4 for another positive quarter, potentially fueled by spending around the festive season.

The US dollar index (DXY) rose on the release of the positive data, as it poses a challenge to the recent 'peak inflation' narrative doing the rounds since the softer CPI print earlier this month which has resulted in a USD selloff. 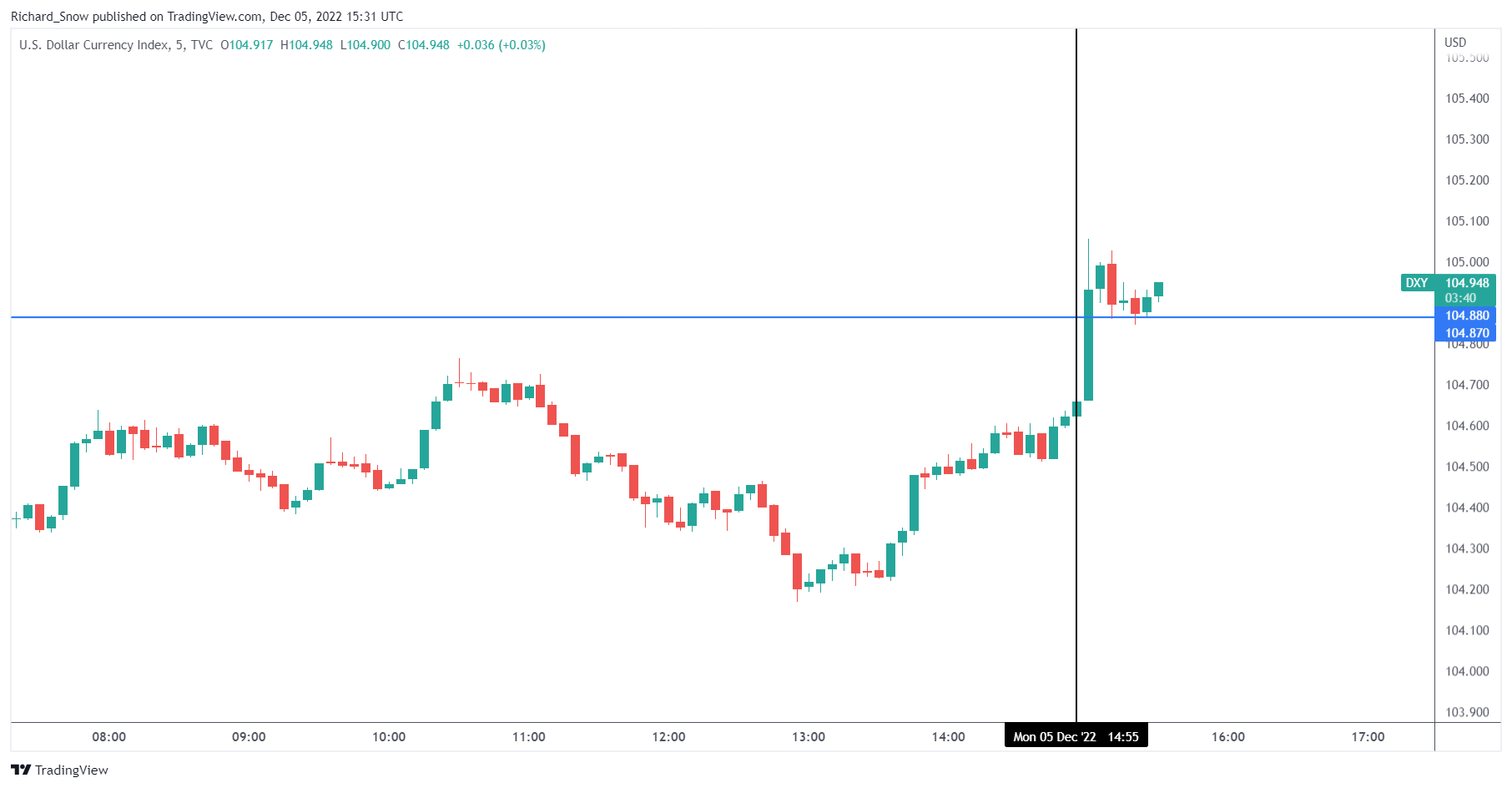 The S&P 500 gapped lower at the open and continued marginally lower after the PMI data. Better services PMI data suggests that the economy isn't cooling as the Fed has intended and poses a risk that the Fed may hike more aggressively in the coming meetings if other sets of data align. What is interesting to note is that the 'prices' subset within the data showed a 0.7 decline which actually speaks to the effects of prior rate hikes. 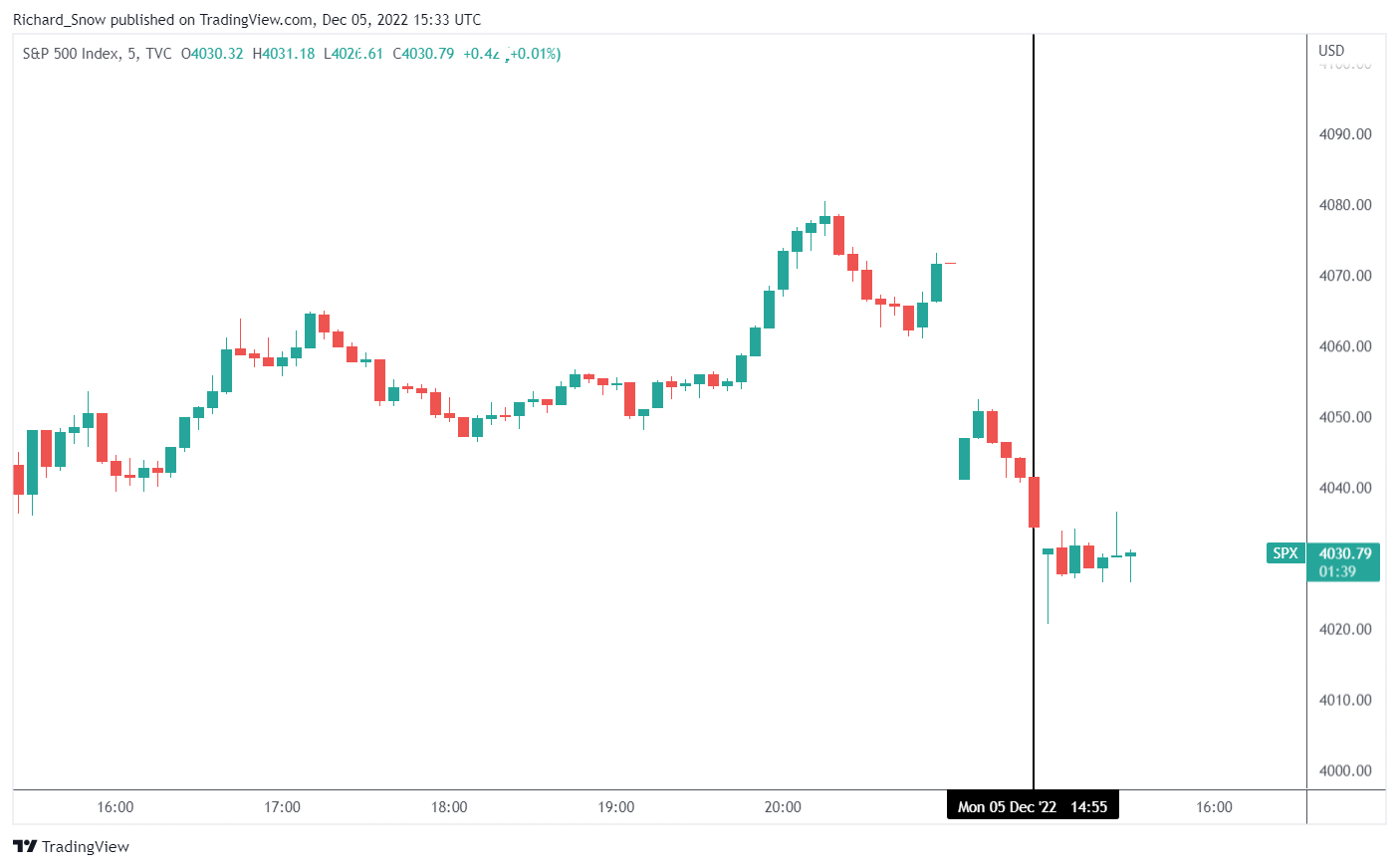 USD/JPY was one of the main beneficiaries of the dollar decline after rising to extremely elevated levels. The PMI data resulted in a counter trend move higher, off the blue zone of support. 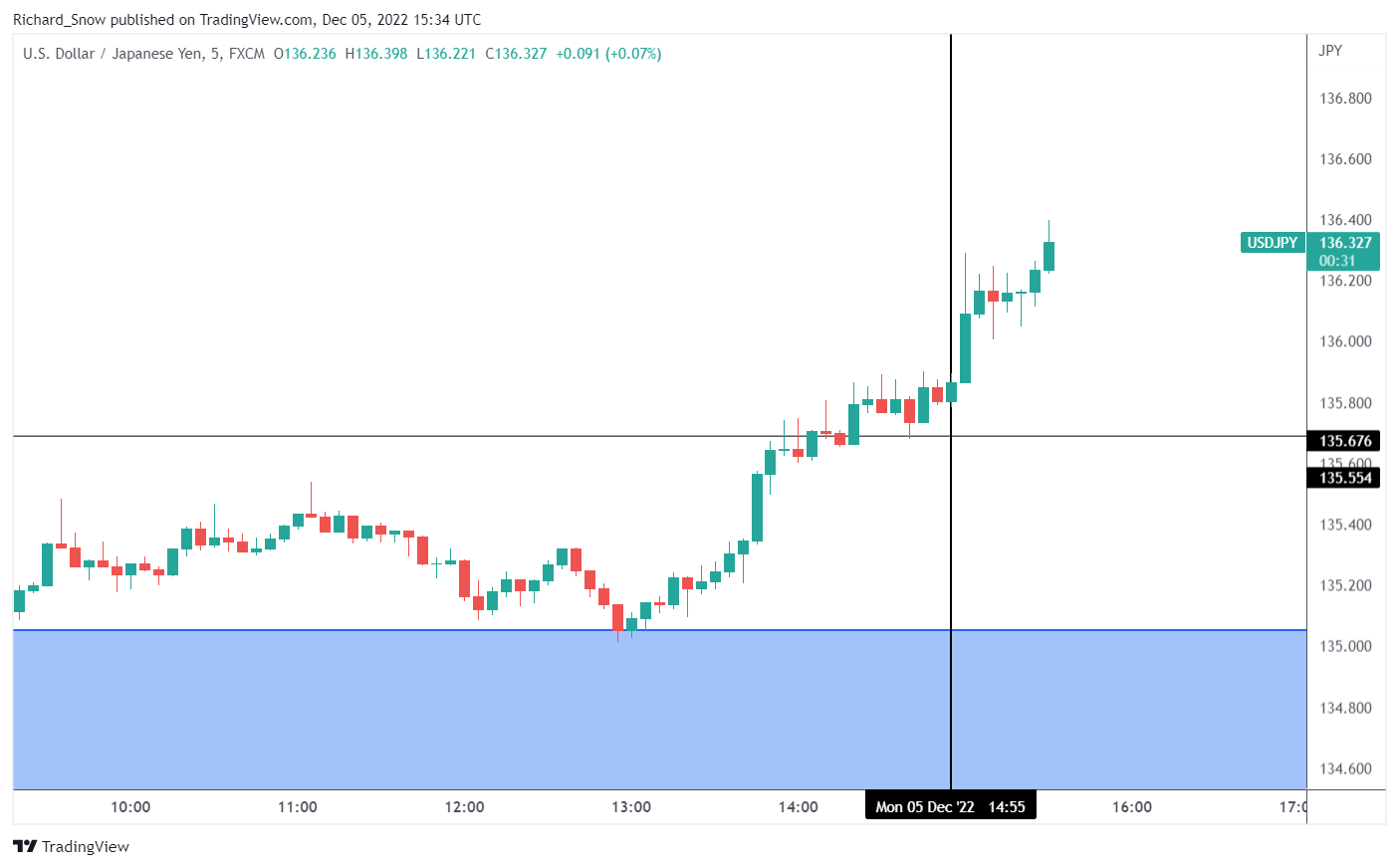