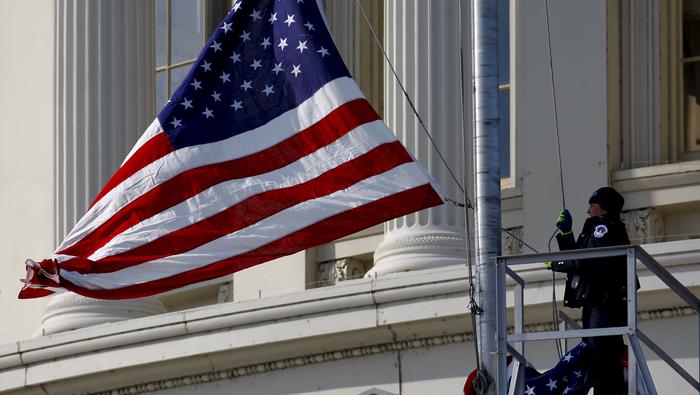 US Treasury yields are surging yet again as market participants digest yesterday’s FOMC meeting. The event turned out to be a tale of two stories, one for the statement release and another for the press conference. Upon release of the policy statement, US yields came in significantly as traders latched onto the following statement:

“In determining the pace of future increases in the target range, the Committee will take into account the cumulative tightening of monetary policy, the lags with which monetary policy affects economic activity and inflation, and economic and financial developments.”

Initially, this was seen as acknowledgement of a potential stepdown starting at the December meeting, something the markets have been craving for some time. In the minutes after the release, the 5-year note rallied 10 basis points while 5s30s steepened considerably. The US Dollar headed south with yields while risk assets gained as traders believed the pivot may finally be here.

Fast forward to the press conference, and Fed Chair Jerome Powell immediately talked down those dovish bets. In today’s session alone, the US Dollar Index punched back through 113 while the 2-year Treasury yield hit its highest level since 2007. Markets changed their tone as Powell indicated that “the ultimate level of interest rates will be higher than previously expected.” Chair Powell also stated that it remains “premature to think about pausing rate hikes.” 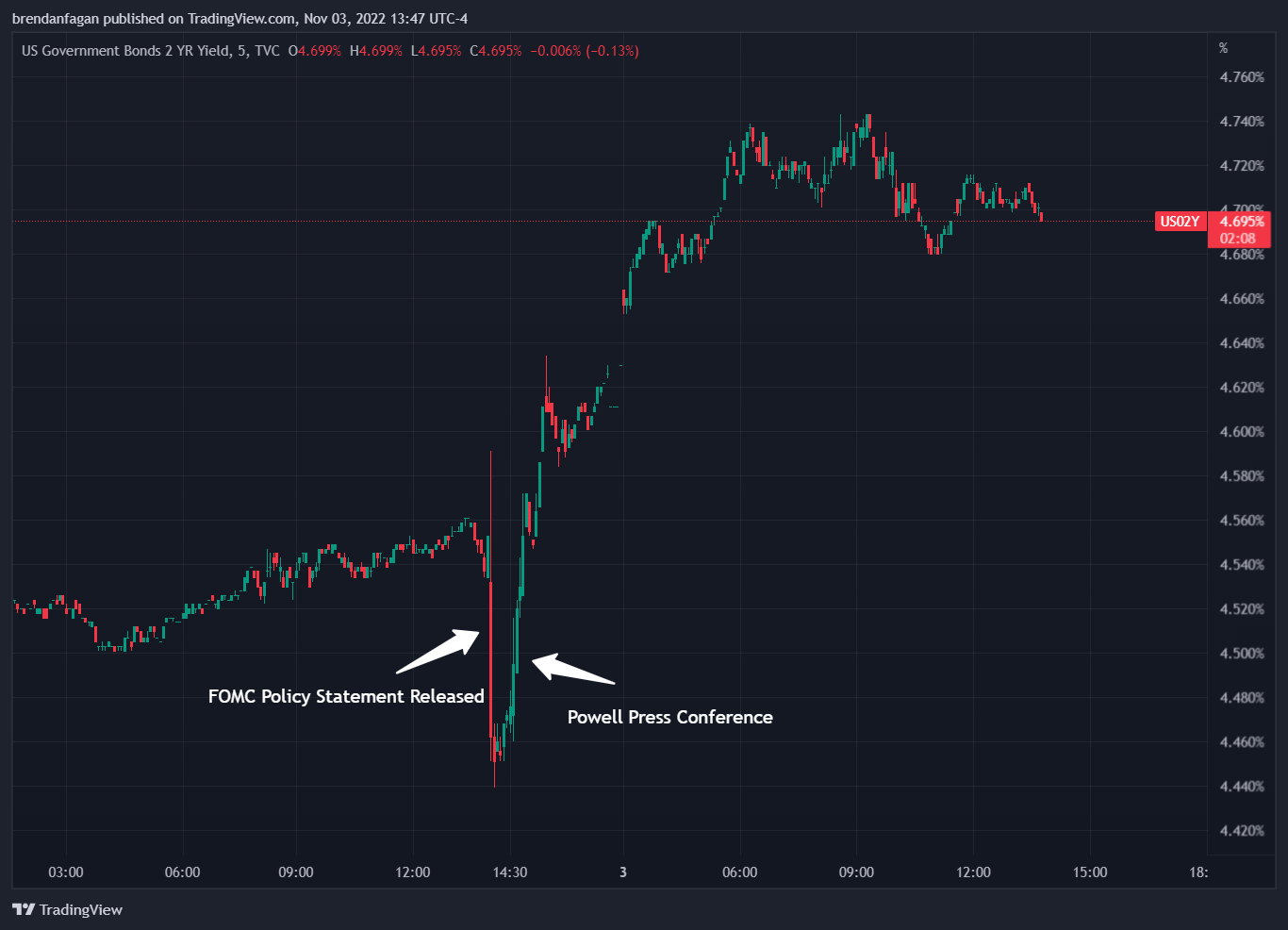 The November FOMC meeting may ultimately make the path of future rate increases harder to judge, given that the Fed has indicated it is taking stock of the “cumulative” nature of their tightening. The addition of that sentence into the policy statement may give the FOMC optionality at future meetings, which places additional emphasis on incoming data. Over the next week, the rates markets will have to digest nonfarm payrolls (NFP) data as well as a fresh CPI print. These data points may go a long way to proving whether the market once again tries to call the Fed's bluff on a pivot.

Nonetheless, the fresh round of SEPs (summary of economic projections) we will receive at the December FOMC meeting will likely show a higher terminal rate than what was revealed in September. While this may not be a shock given Chair Powell’s comments yesterday, where he indicated that the Fed still has a “ways to go” to get rates to a level that is seen as “sufficiently restrictive.” It would appear that the debate surrounding the terminal rate of central banks is no longer about the path taken, but instead the ultimate destination.

Taking all of this into account, the path of least resistance for short-term US rates appears to remain higher. If data continues to come in “unfavorable” for the Fed in terms of labor and inflation, the 2-year Treasury yield may approach 5% rather quickly. Market participants may simply move data point to data point between now and the December FOMC meeting. That being said, a steeper short-end may continue to materialize as we await conclusive evidence that inflation is beginning to subside.

As Chair Powell pointed to higher rates potentially in the short-term, it may be time for market participants to finally get onboard. For the time being, hopes of a pivot have been blown out of the water. Don’t fight the bond market, and certainly don’t fight the Fed.