US Dollar Wavers but FOMC May Provide Support. Will USD Breakout Soon?

Most Read: Nasdaq and Bitcoin - Grinding Support as USD, FOMC Drive the Waves

The U.S. dollar, as measured by the DXY index, traded with a neutral bias on Thursday, oscillating between small gains and losses near the 109.65 area, in a session characterized by lower volatility in the FX space compared to the past few days, where we saw significant moves following the release of the latest U.S. inflation figures.

U.S. economic data published earlier, such as the August retail sales report and initial claims for unemployment for the period ended September 10, only provoked a muted reaction, although the results confirmed that the American consumer and the country's labor market remain healthy by most metrics.

For context, the value of overall retail purchases edged up 0.3% in nominal terms, versus the 0.0% estimated, indicating that household spending is holding up well, despite sky-high inflation and falling real incomes. Meanwhile, jobless claims fell for the fifth consecutive week to their lowest reading in three months, a sign that layoffs have not yet become widespread even as growth continues to downshift.

The resilience of the economy, coupled with persistently elevated CPI pressures, may prompt the Fed to stay the course and press ahead with forceful interest rate increases at upcoming meetings as it struggles to restore price stability. For next week's gathering, policymakers seen raising borrowing costs by 75 basis points to 3.00%-3.25%, but some analysts go as far as predicting a 100 basis point hike.

While the September FOMC decision will be important, the market will be more interested in the path of the tightening cycle, especially the terminal rate, which is expected to be much higher than the 3.8% forecast three months ago in the June SEP to better address recent economic developments (more cooling is needed to rebalance demand with supply to bring inflation down).

Hawkish re-pricing of peak rates is likely to bolster U.S. Treasury yields, supporting the U.S. dollar, particularly against its low-yielding counterparts. This could fuel the next leg higher for the greenback, creating the right conditions for the DXY index to reclaim its best levels of the year and possibly surpass them to reach fresh multi-decade highs. 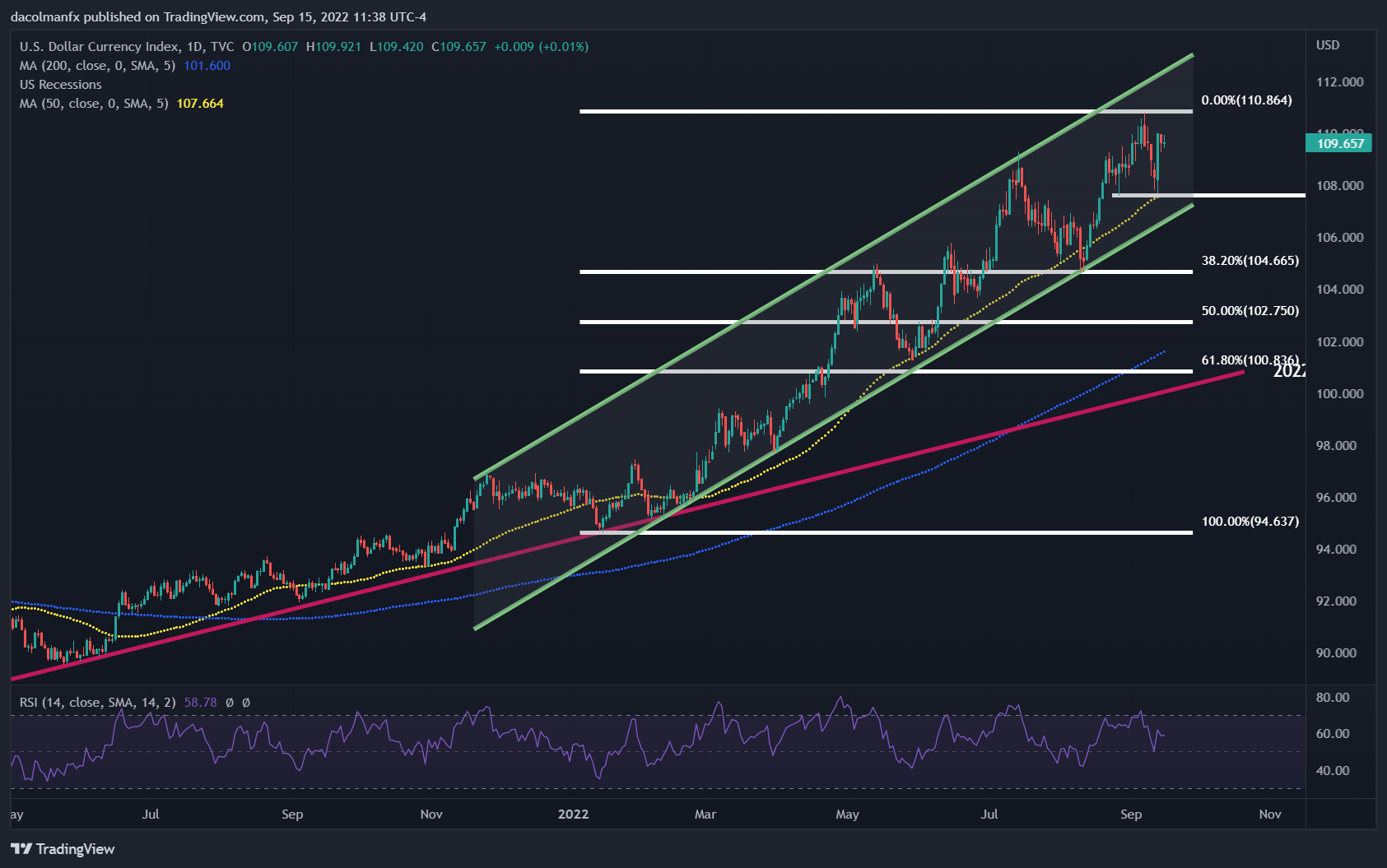