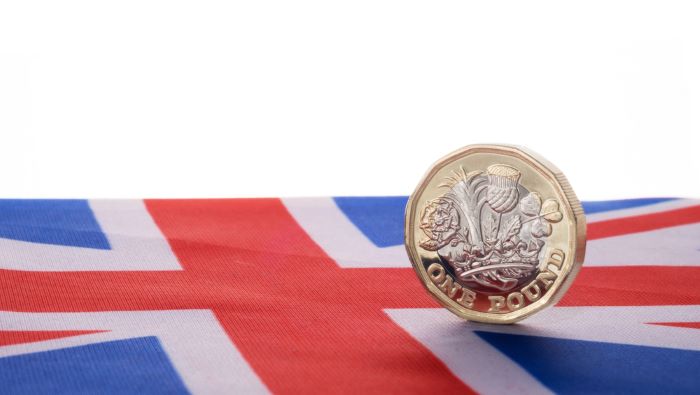 Can a ‘Neutral’ SNB Provide Sterling with a Reprieve?

The latest comments from the Swiss National Bank (SNB) appear to be rather balanced ahead of Thursday’s rate setting meeting. SNB Governing Board member Andrea Maechler commented earlier this month that inflation expectations are anchored and stressed the objective of taming inflation while avoiding a recession. This is in contrast with the ECB’s dilemma where recent data has shown a de-anchoring via 2024 inflation expectations which printed above 2%.

On September the 8th, the main takeaway from SNB Chairman Thomas Jordan’s remarks was that the jury is still out regarding the September 22nd rate decision. He re-emphasized energy price concerns and its effect on price stability while applauding the strength of the local currency which has helped avoid the importation of inflation.

The SNB will have the benefit of acting after the European Central Bank’s (ECB) rate decision but maintains its independency in decision making. Given that Swiss inflation is relatively low compared to its western counterparts, the SNB may decide on a more cautious hike.

Despite still being in negative territory, the franc has largely appreciated which could play a small role in the Board’s decision, potentially favoring a more dovish stance in relative terms compared to market expectations.

The pound franc has been a perfect picture revealing the concept of ‘weak strong analysis’. The pound remains vulnerable to the downside while the franc has strengthened ever since the mid-year break down (blue rectangle).

The pair has fallen so far that it has even surpassed the low around the time of the SNB’s removal of the euro peg. Levels of support are difficult to ascertain as we remain in uncharted waters, which makes the central bank developments of next week even more crucial to the pair. The RSI hints that we could be due a pullback soon but momentum is still heavily in favor of the current trend when looking at the MACD indicator. 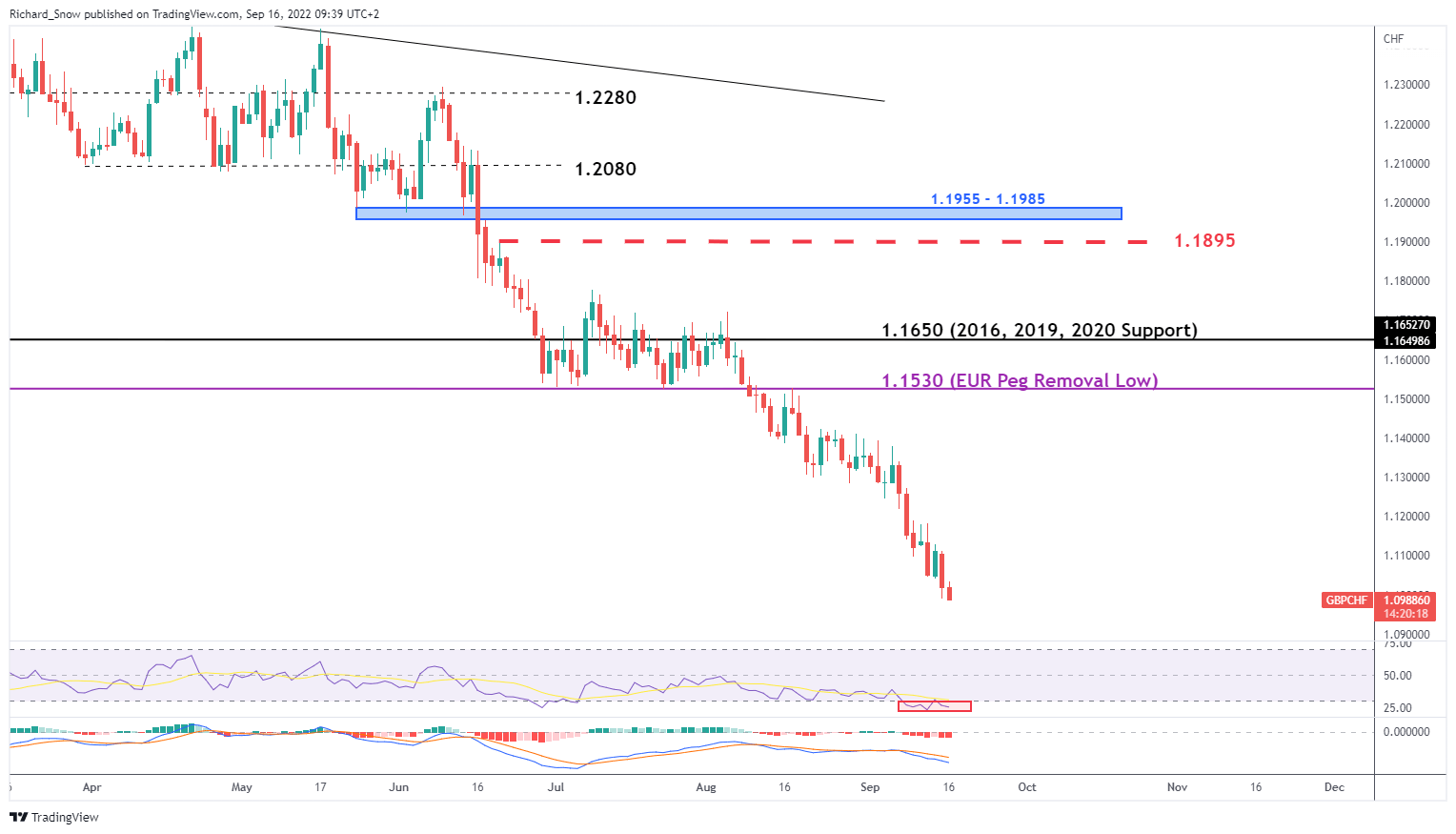 GBP/USD Offered into the Weekend

Cable has broken below the 2020 low of 1.1410, opening itself up to levels not seen since 1985. The pre CPI optimism around a lower CPI print did little in the end to halt the longer-term bearish trend and, in the end, simply provided a better level for trend continuation. US 2 and 10 year yields continue to track higher in anticipation of next weeks central bank meetings. 1.1685 and 1.1410 present levels of resistance while the 1985 level of 1.110 appears as the next level of support. 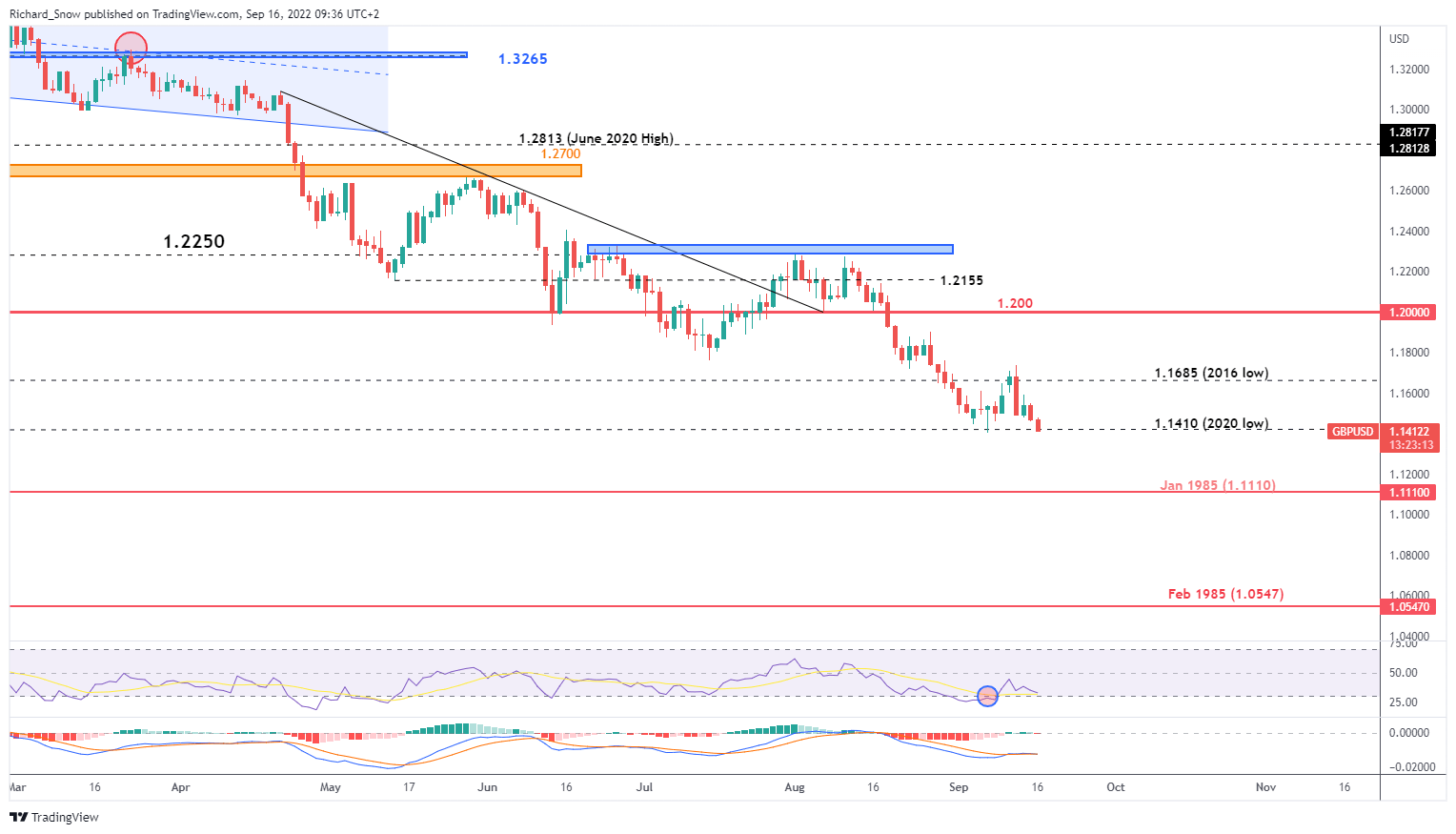 The chart below shows just how far the pound has fallen over time – having to make use of large time frame charts to ascertain potential support levels.

GBP/USD Long-Term Levels Dating Back to 1985

Large Hedge Funds and institutional money managers continue to pile into GBP shorts, although, at a lesser degree than in May and June this year. These readings are often referred to as the ‘smart money’ which is often compared to retail trader sentiment which tends to be positioned in the opposite direction. Looking at the below live reading of IG client sentiment, the above statement holds true, with retail sentiment heavily net-long. 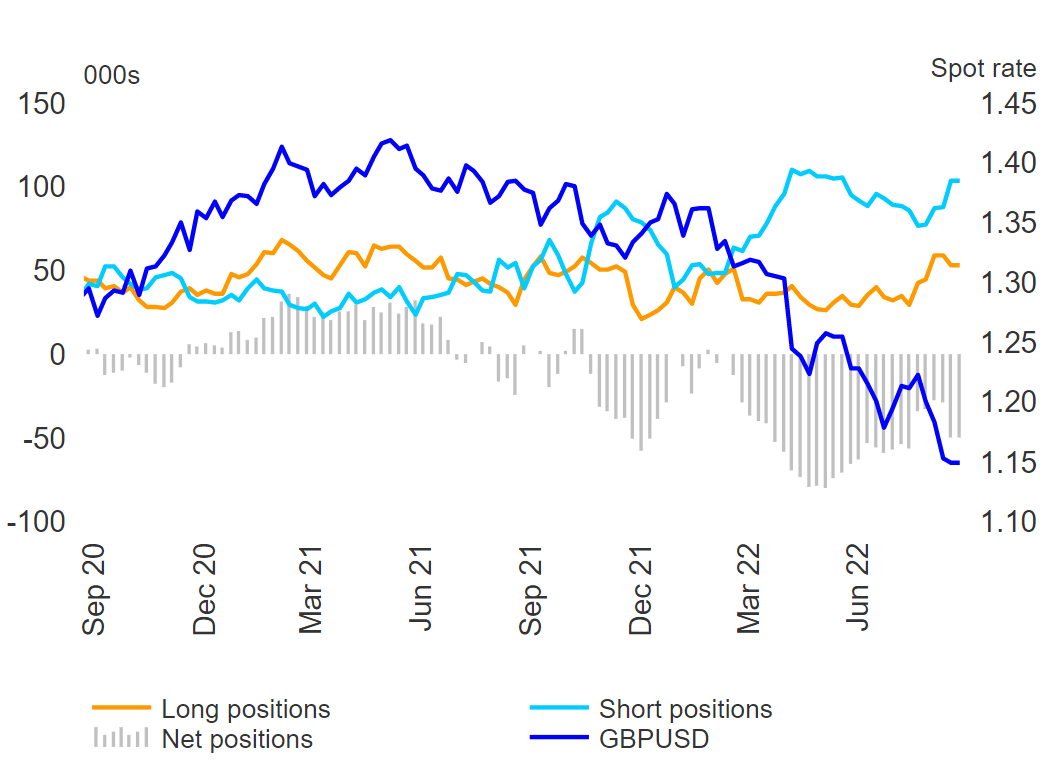 Thursday sees both the Bank of England and Swiss National Bank announce their respective interest rate decisions. FOMC on Wednesday and Bank of Japan in the early hours of Thursday morning.