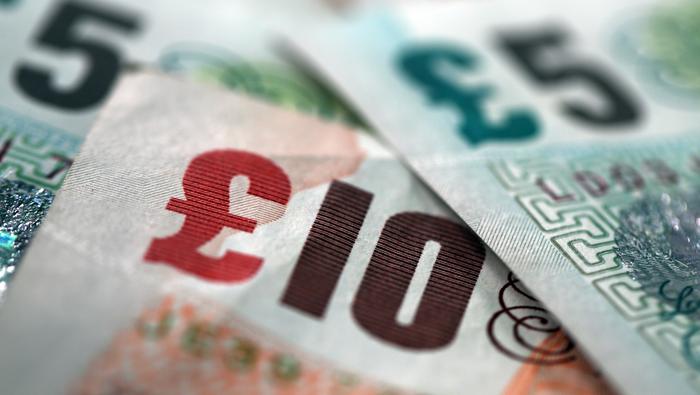 The new prime minister Rishi Sunak and his chancellor Jeremy Hunt are to consider tax hikes and trimming government spending in an effort to fill a potential fiscal deficit. The tax hikes represent a complete turnaround from Liz Truss’ previously announced tax cuts which caused major instability in financial markets at the end of September and first half of October.

Tax hikes are certainly a tough sell at a time when the UK is experiencing a cost-of-living crisis fueled by surging inflation as a result of rising energy costs. However, the rational of sound public finances ought to be enough to see generalized support the new proposed measures in light of the “fiscal adventurism” that has recently been avoided.

Chancellor Hunt is set to deliver the UK’s fiscal statement on the 17th of November after the October 31st provided the new incumbents with too little time to finalize the plan. 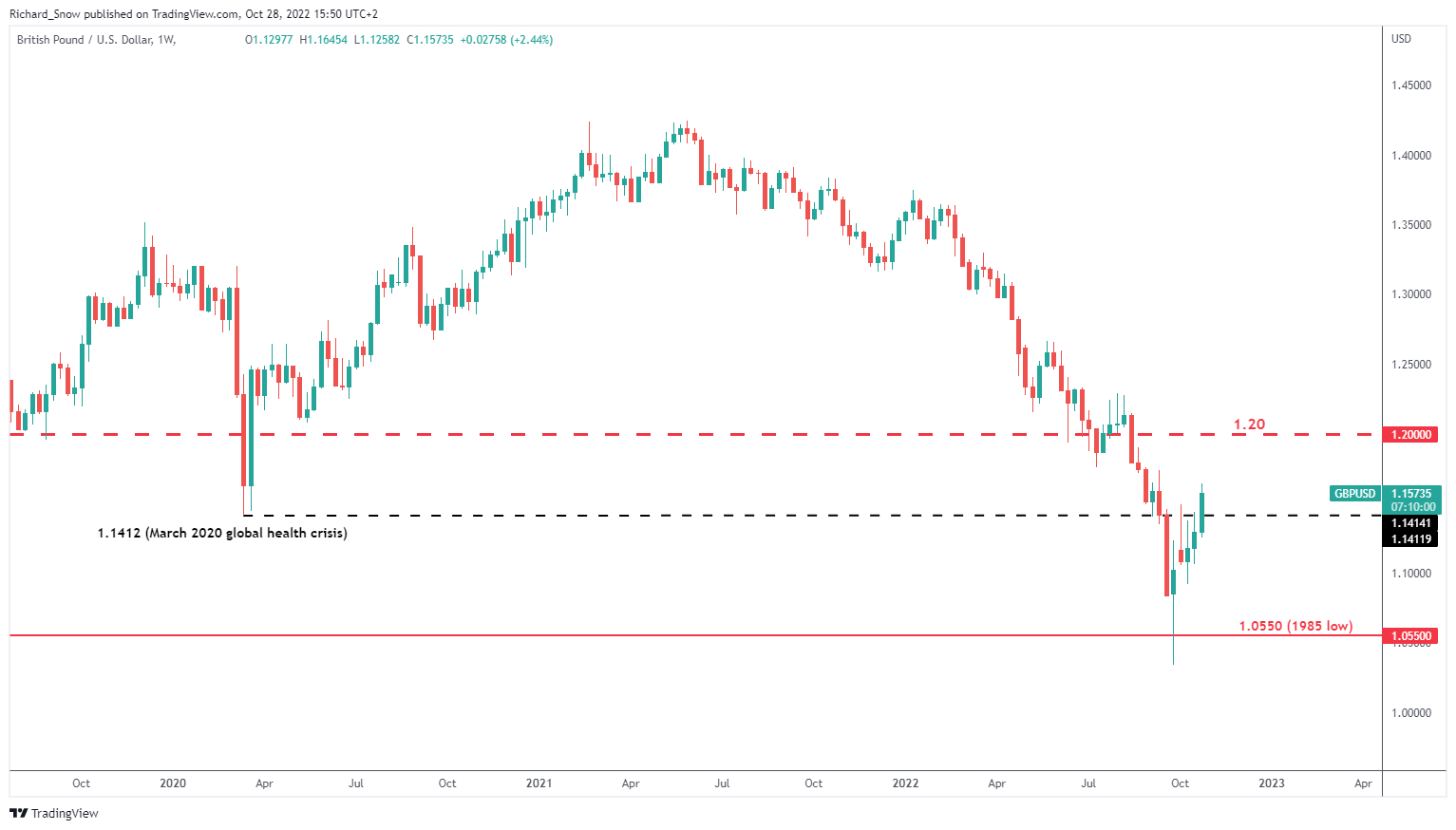 The Fed and BoE are expected to decide on 75 bps next week with a lot of the focus on whether the Fed is discussing how they are to communicate inevitable decreases in rate hike increments for future meetings, as suggested in the WSJ. On the other hand, the Bank of England walks a tightrope as the economic outlook remains sour despite the surprising upward revision for the final Q2 GDP print.

Market implied probabilities of the penultimate and final rate setting meetings for both the BoE and FOMC are almost identical, with around 75 bps priced in for November and a little under 75 for the December meeting.

While the US dollar has largely benefitted from previous rate hikes, the same cannot be said for the pound, where each rate hike further squeezes household incomes across the nation. Next week we could see this effect continue, hence the bearish GBP outlook. 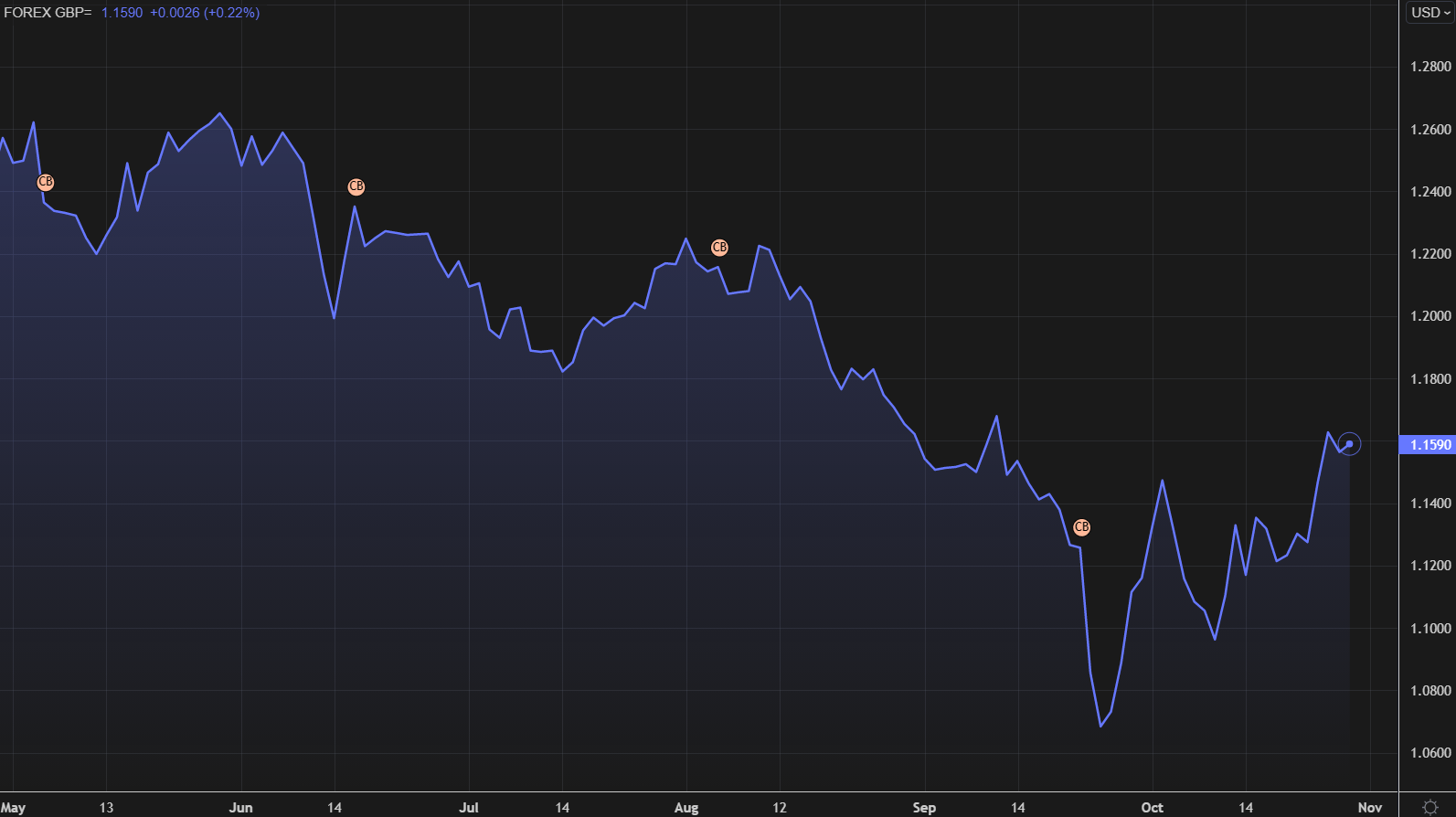 US PCE data earlier today revealed that inflation in the US remains stubborn, adding credibility to the base case scenario of a 75 bps hike from the FOMC come November the 2nd.

In the week ahead we get ISM PMI figures which are expected to show both manufacturing and the services sector managing to avoid contractions, adding to the strength of the US economy which was evident in the Q3 GDP print yesterday revealing a 2.6% quarter on quarter advance (presented in an annualized format). A strong US economy, labor market and high inflation provides the Fed with more ammunition to tighten financial conditions.

Then on Friday, non-farm payroll data is expected to add 200k new jobs which is 63k less than the previous reading but still tells a good story as far as the labor market is concerned.

Another point to note from a GBP/USD perspective, is the upcoming US midterm elections and what it can mean for markets, which may add to the recent volatility we have witnessed. 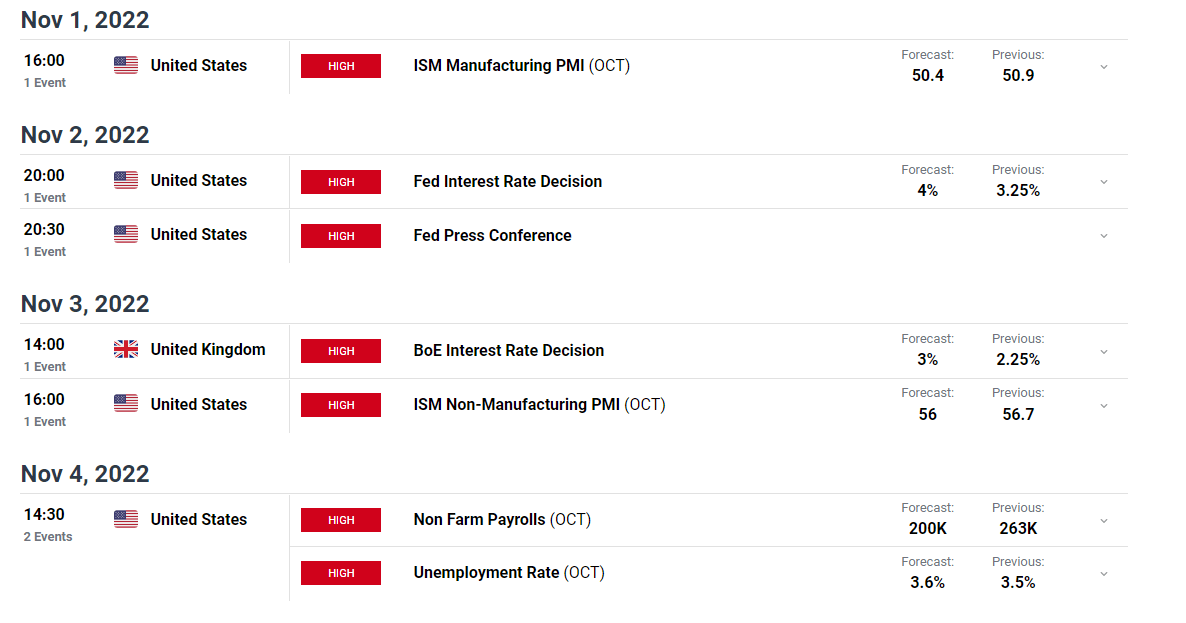