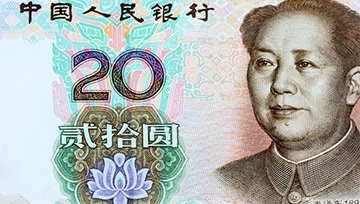 Asia-Pacific markets look set for a mixed open ahead of the Reserve Bank of Australia’s rate decision at 03:30 UTC. The RBA is expected to lift its official cash rate by 25 basis points, but the chance for a larger hike presents an upside risk to the Australia Dollar. Rate traders see around a 14% chance for a larger move. Such a move would be supported by Australia’s third-quarter inflation data released last week, which showed a stronger-than-expected 7.3% increase from the year prior.

WTI crude oil fell nearly 2% on Monday. US oil output rose to 11.975 million barrels per day (bdp) in August, according to the Energy Information Administration (EIA). That is the highest since March 2020. The Biden administration is reportedly considering windfall taxes on the largest US oil producers, targeting their record profits, which have been largely returned to shareholders, something Mr. Biden has criticized. However, that is unlikely to happen, given the current political climate.

China reported nearly 3,000 cases on Sunday, leading local government officials across several major cities to increase virus-curbing measures, which includes the megacities of Guangzhou, Zhengzhou and Shanghai. Earlier this week, China’s National Bureau of Statistics (NBS) reported a contraction in the manufacturing and services activity for October. The Chinese Yuan is traded above 7.3 against the Dollar after sliding throughout the US and European trading hours.

Wheat prices rose a little over 6% in Chicago after Moscow pulled out of the Black Sea grain deal, citing a Ukrainian attack on its Black Sea Fleet, which reportedly used aerial drones and unmanned water vessels. Despite the move, wheat futures remained negative on the month. Russia has not reimposed a blockade of the port, which may allow the continued flow of goods, although insurers may be wary of underwriting cargoes.

New Zealand saw September building permits increase by 3.8% from a month ago, an encouraging sign for the strained housing supply. Australia’s final manufacturing PMI for October crossed the wires at 52.7, according to S&P Global. South Korea is due for its own PMI update today, with analysts expecting the October figure to ease to 54.9 from 55.1. India’s trade balance for October will wrap up the APAC session.

USD/CNH rose nearly 1% to trade above the 7.3 level, extending the currency pair’s multi-month rally in October. With little resistance from prior price action in its way, further upside looks likely. However, a bearish divergence in the Relative Strength Index (RSI) suggests that upside momentum may be waning. The 161.8% Fibonacci extension from the September high/October low move is on the table amid the broader uptrend. 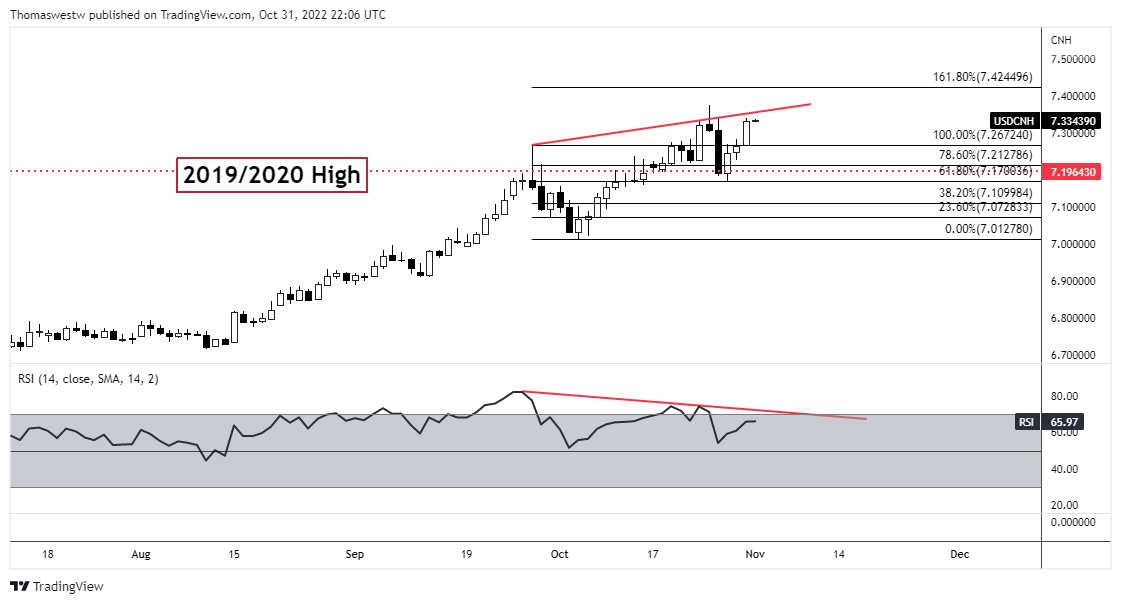