The Australian Dollar slid lower after the Reserve Bank of Australia (RBA) raised the cash rate target last Tuesday by 25 basis points (bp) as anticipated to 2.85% from 2.60%.

There had been hopes of a 50 bp lift by some economists. The retreat from an aggressive monetary policy tightening stance has led to a widening of the interest rate disparity in favour of the US Dollar, among others.

On Wednesday, the Federal Reserve hoisted their Fed funds rate target by 75 bp, as did the Bank of England with their policy adjustment on Thursday.

The Fed rate change caused some volatility in AUD/USD, with the ‘big dollar’ side of the equation whipping around. The 75 bp lift was widely anticipated and there had been hopes for a toning down of ultra-hawkish rhetoric.

This saw the US Dollar weaken immediately after the hike and before Fed Chair Jerome Powell took to the microphone. He once again made it very clear that the market should not be anticipating any easing of the assertive hawkishness seen thus far, and this saw the USD make some gains.

The RBA released its quarterly Statement on Monetary policy on Friday to confirm most things that we already knew from the post-meeting media release. That is, they expect inflation to hit 8% this year, adjusted up from 7.75% (currently 7.3%), before easing next year.

This puts their forecast of the cash rate to 3.5% in mid-2024 before going lower. Of course, they maintained the usual caveats around incoming data.

A potential problem for the RBA is the possibility of price pressures remaining stickier than they anticipate. This may create a situation where they might have to push the cash rate further into tightening territory or keep it higher for longer.

Australia’s unemployment rate remains near historically low levels and growth is still robust, although we will not get an update on the latter until next month.

Other central banks are continuing to front-load their rate rises while the RBA has taken their foot off the gas. In their statement, they noted that they believe the increases in interest rates have been fully felt by mortgage holders.

Going into the end of the week there had been a developing perception of an anaemic global growth outlook. A significant component of this had been based on the Covid-19-related lockdowns in China hampering the world’s second-largest economy.

Then, late on Friday, a rumour emerged – attributed to Twitter chatter – that China is considering easing these restrictions. All China-related assets went berserk on the notion, with Hong Kong’s Hang Seng Index (HSI) up over 8% on the day at one stage.

Looking ahead, there’s not a lot of Australian data due out. Building permits might get some attention as well a speech by RBA Deputy Governor Michele Bullock on Wednesday.

There could be some action emanating from out of the US with their mid-terms on Tuesday and then inflation data on Friday.

A full transcript of the RBA’s Statement on Monetary Policy can be read here. 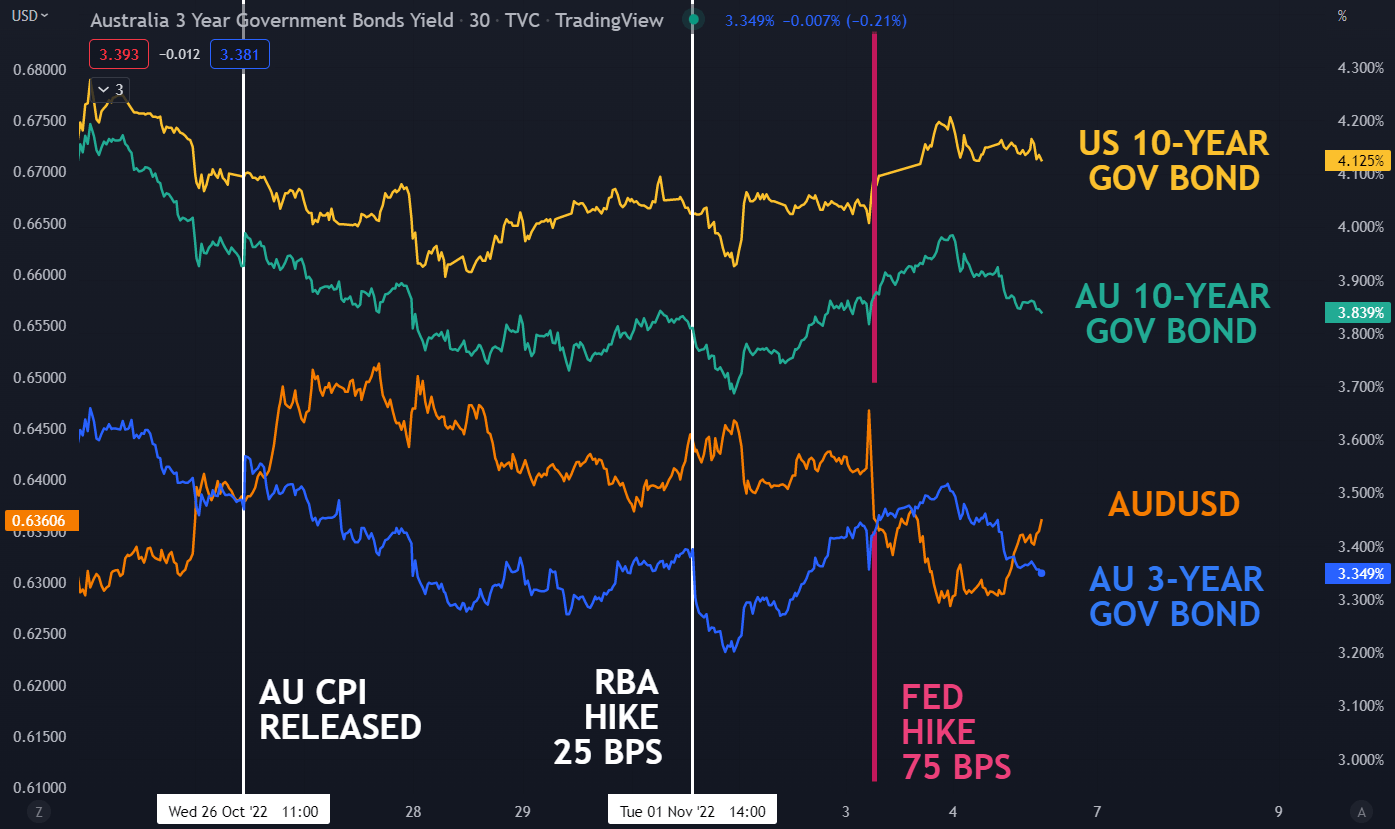