AUD/USD is on the cusp of testing the monthly high (0.6492) as it preserves the advance following the US Non-Farm Payrolls (NFP) report, and the exchange rate may stage another run at the October high (0.6547) if it clears the opening range for November.

AUD/USD extends the series of higher highs and lows from the monthly low (0.6272) on the back of US Dollar weakness, and developments coming out of the US may sway the exchange rate over the coming days as the Consumer Price Index (CPI) is expected to show slowing inflation.

The update to the US CPI may prop up AUD/USD as both the headline and core reading are expected to downtick in October, and signs of easing price pressures may encourage the Federal Reserve to adjust its approach in combating inflation as the central bank tries to foster a soft-landing for the economy.

As a result, AUD/USD may stage another run at the October high (0.6547) should the US CPI fuel speculation for a smaller Fed rate hike in December, and a further advance in the exchange rate may continue to alleviate the tilt in retail sentiment like the behavior seen earlier this year. 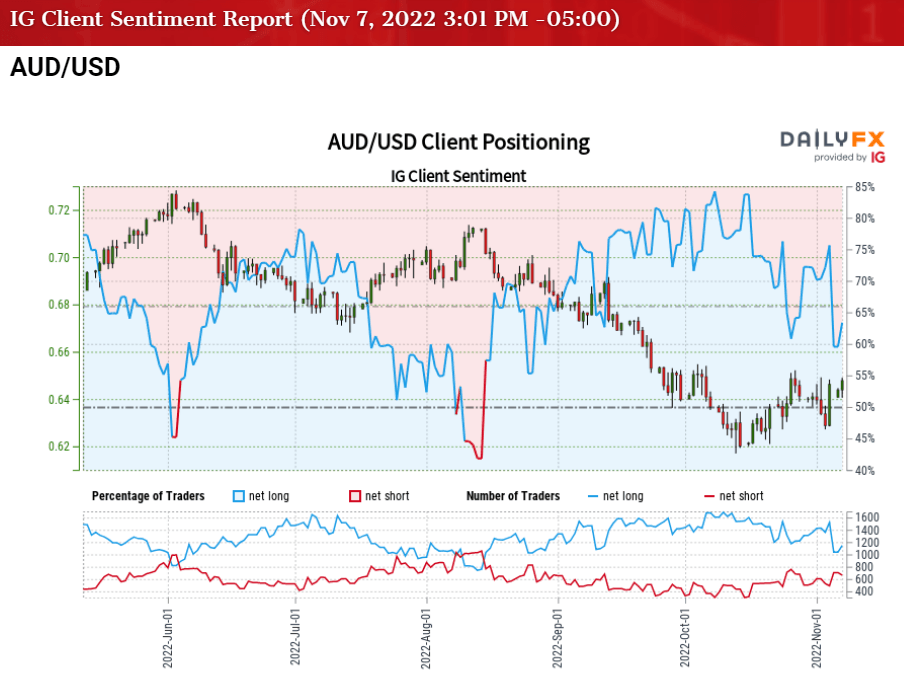 The IG Client Sentiment (IGCS) report shows 62.65% of traders are currently net-long AUD/USD, with the ratio of traders long to short standing at 1.68 to 1.

The number of traders net-long is 14.26% higher than yesterday and 14.74% lower from last week, while the number of traders net-short is 0.28% higher than yesterday and 19.63% higher from last week. The decline in net-long position comes as AUD/USD is on the cusp of testing the monthly high (0.6492), while the rise in net-short interest has helped to alleviate the crowding behavior as 68.32% of traders were net-long the pair last week.

With that said, a slowdown in the US CPI may keep AUD/USD afloat as it fuels speculation for a smaller Fed rate hike, but the exchange rate may track the negative slope in the 50-Day SMA (0.6513) if it struggles to clear the opening range for November. 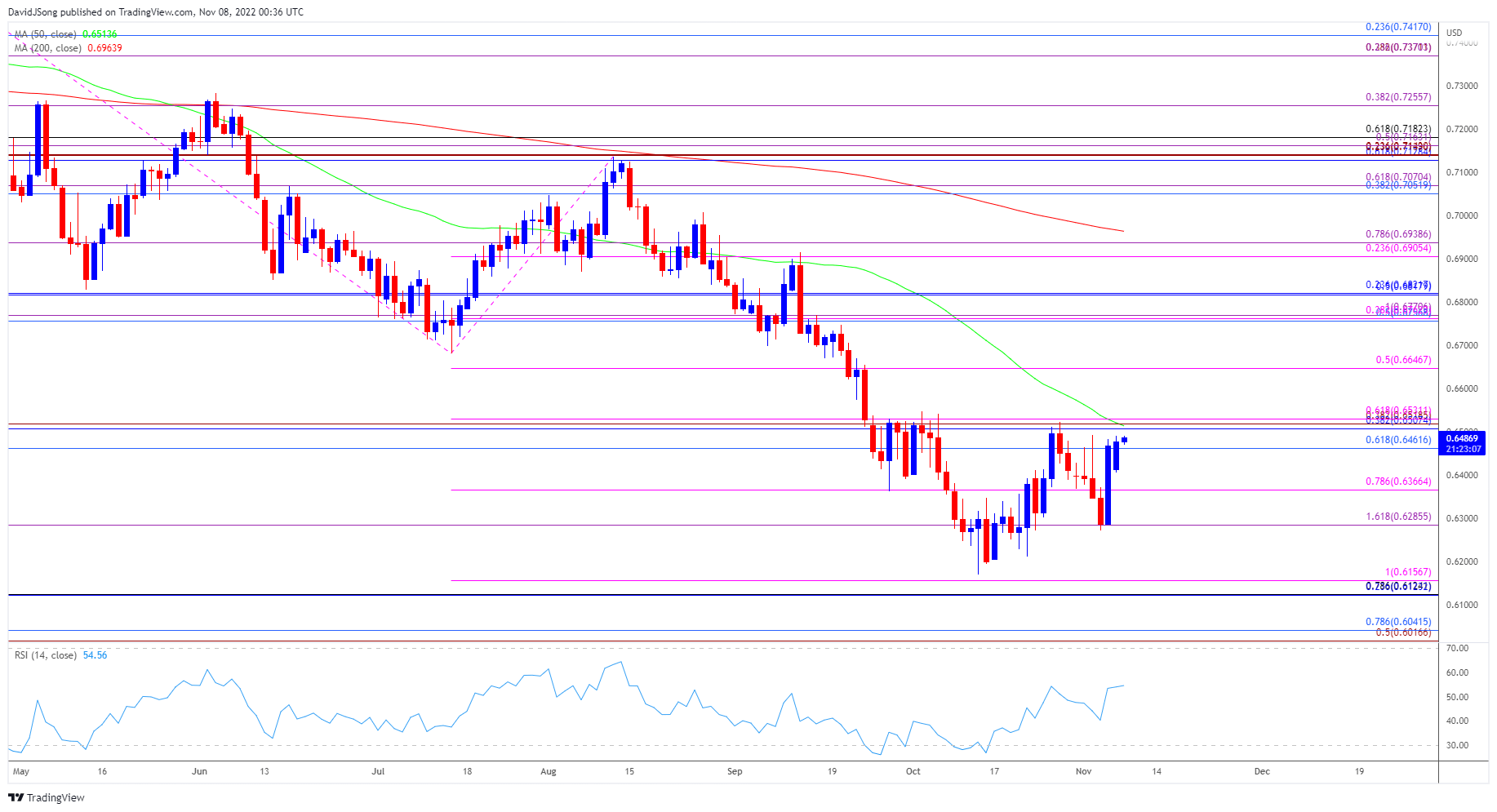