AUD/USD trades to a fresh weekly low (0.6389) after struggling to retrace the decline following the Reserve Bank of Australia (RBA) meeting, and the exchange rate may fail to defend the September low (0.6363) as the US Non-Farm Payrolls (NFP) report is anticipated to show a further improvement in the labor market.

AUD/USD appears to be tracking the weakness across commodity bloc currencies as it depreciates for the third consecutive day, and the exchange rate may depreciate over the remainder of the week as the NFP report is anticipated to show the US economy adding 250K jobs in September.

Evidence of a resilient labor market may generate a bullish reaction in the Greenback as it allows the Federal Reserve to pursue a restrictive policy, and the central bank may retain its approach in combating inflation as the Summary of Economic Projections (SEP) reflect a steeper path for US interest rates.

As a result, speculation for another 75bp Fed rate hike may drag on AUD/USD as the RBA softens its approach in normalizing monetary policy, and it remains to be seen if Governor Philip Lowe and Co. will gradually adjust the forward guidance over the coming months as the central bank acknowledges that “the cash rate has been increased substantially in a short period of time.”

In turn, AUD/USD may face headwinds ahead of the next RBA meeting on November 1 as the central bank seems to be nearing the end of its hiking cycle, but a further decline in the exchange rate may fuel the tilt in retail sentiment like the behavior seen earlier this year. 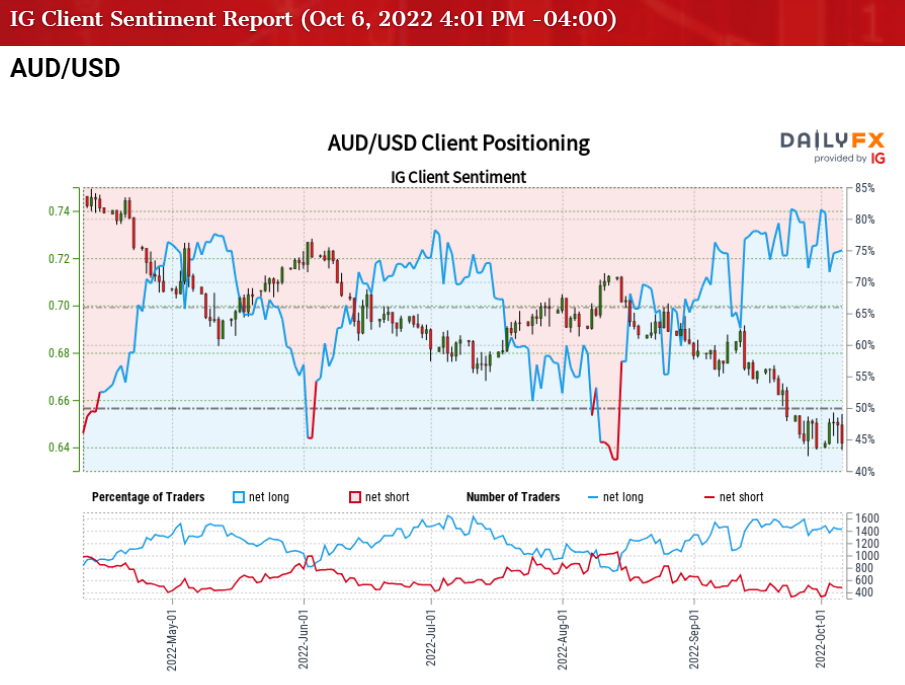 The IG Client Sentiment report shows 81.57% of traders are currently net-long AUD/USD, with the ratio of traders long to short standing at 4.42 to 1.

With that said, the US NFP report may fuel the recent weakness in AUD/USD should the update fuel speculation for another 75bp Fed rate hike, and the monthly opening range may warn of a further decline in the exchange rate if it fails to defend the September low (0.6363). 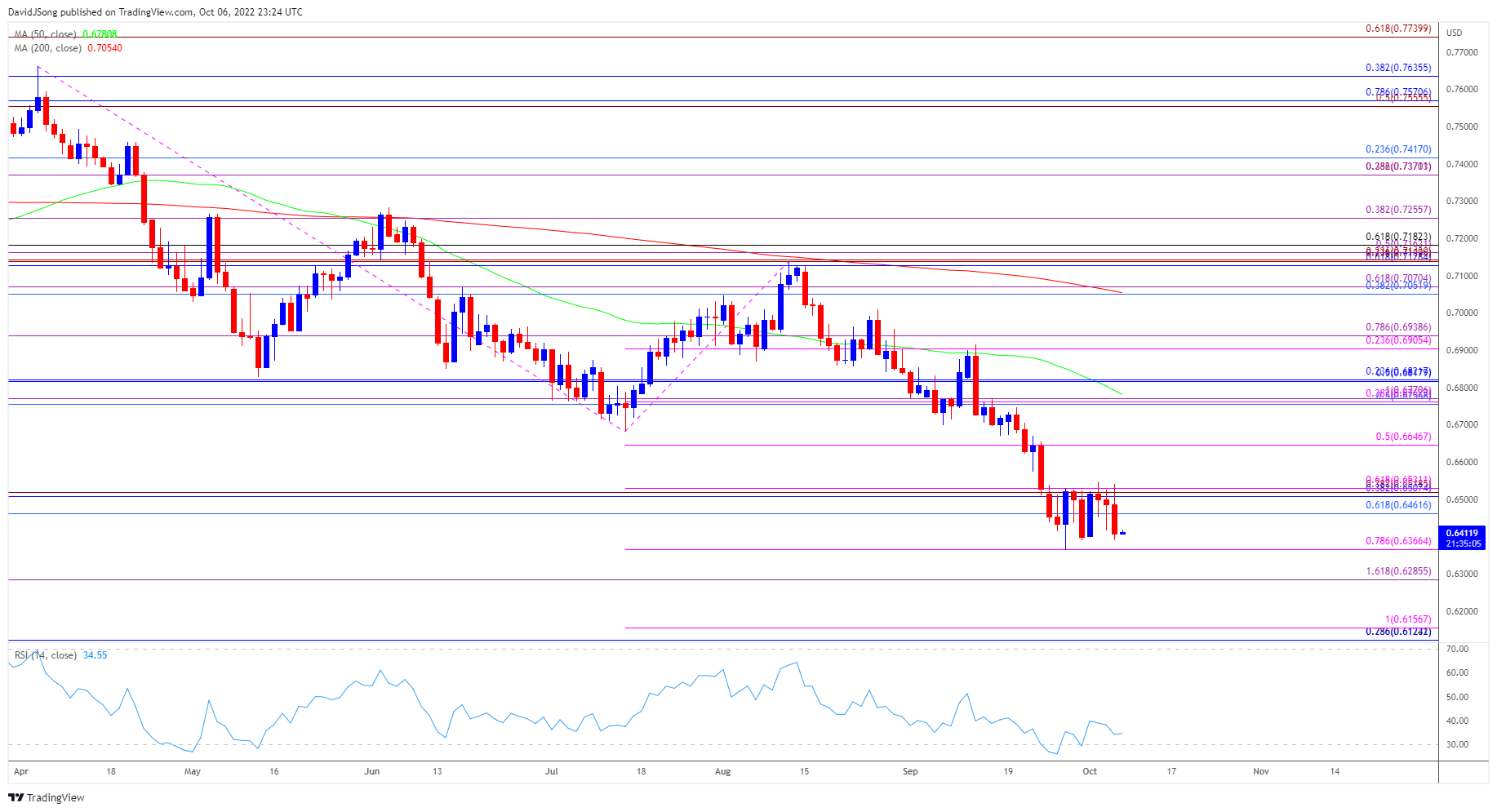