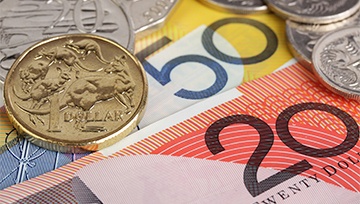 Asia-Pacific markets may begin the day on a bright note after a rosy Wall Street session on Friday when major indexes rallied. The Dow Jones Industrial Average rose 2.47% to close out the week, and the US Dollar pulled back against most of its major peers. The Federal Reserve is in a blackout period until its November 02 FOMC meeting, when the central bank is expected to hike its benchmark rate by 75 basis points, according to overnight index swaps.

The Bank of Canada and the European Central Bank will deliver their own rate decisions later this week. Both look primed to deliver 75 basis point rate hikes as well. The Euro and Canadian Dollar rose against the USD. USD/CAD fell 0.91% on Friday, and EUR/USD rose 0.78%. A drop in European natural gas prices helped ease concerns of an energy crisis, with the Dutch TTF benchmark now down around 40% since the start of the month. US prices are tracking around 26% lower for the same period.

Third-quarter gross domestic product (GDP) growth for China is set to cross the wires on Monday. China’s September industrial production, retail sales and trade balance are set to release at the same time. Altogether the data points will provide a comprehensive view of the world’s second-largest economy. According to a Bloomberg survey, China’s Q3 GDP growth rate is expected to cross the wires at 3.4% from a year before.

The Chinese Yuan fell against the Dollar last week despite measures to stem the slide. Reuters reported, citing sources, that state banks offloaded USDs in the onshore market to defend the 7.25 level. That level did hold, but a long-standing defense is unlikely unless the Greenback weakens on its own merits. The Japanese Yen surged on Friday, likely driven by intervention from the Bank of Japan. Japan’s Nikkei news supported that thesis on Saturday morning.

AUD/USD pierced above a level of resistance that defeated several intraday attempts over the past several weeks, which formed a period of consolidation. That may mark the beginning of a longer-term reversal, but the October high at 0.6547 would need to give way before taking a more bullish narrative. 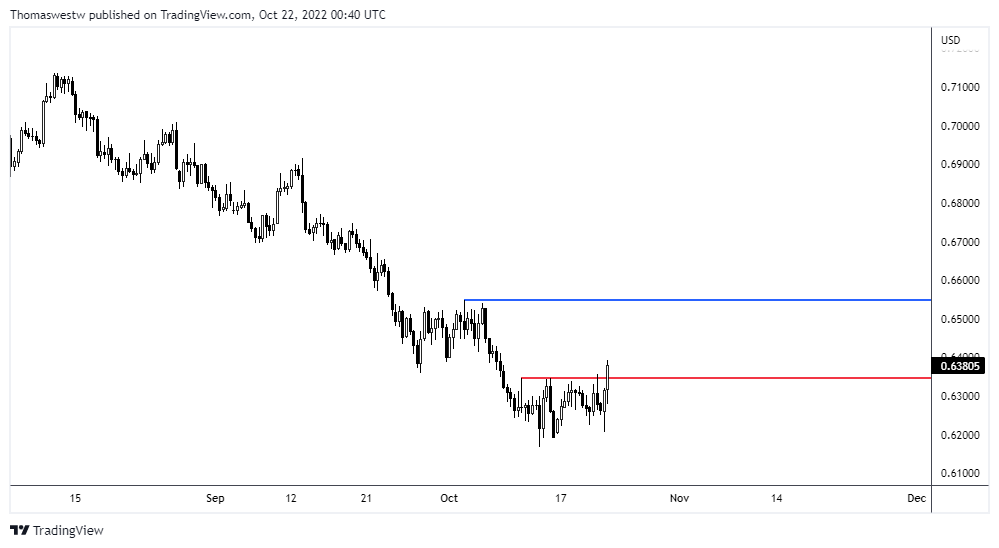