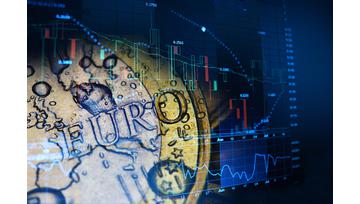 EUR/USD broke above the 2016 high of 1.1616 and into rarified air when looking at the price action of the market’s most traded cross since the opening weeks of 2015. The ECB, led by President Mario Draghi left policy unchanged and noted that the ECB was “not there yet” in terms of their inflation target, but who is? The encouraging word that seems to have stimulated a further unwind of a weakening short-trade and pushed EUR higher was the nod to discussing a change in policy later this year. This statement is expected to mean tapering based on his Sintra speech. The EUR was higher by more than 1% mid-morning.

The dollar drop declined on a day when both the Bank of Japan and European Central bank came out as ‘dovish’ (a term to denote a lower rate bias by a central banker.) Two domestic catalysts that spurred the 2017 trend continuation of dollar selling was a mid-morning announcement that Robert Mueller, the special counsel assigned to investigate inappropriate financial links between President Trump and Russia is expanding his probe. Politics aside, the fear is that this would further pour cold water on hopes that inflation inducing policies would pass and push the Fed to turn in favor of raising rates.

The other domestic event that caused more concern to yours truly was a US Treasury 10-Year TIPS auction that showed the lowest bid-to-cover ratio since July 2008. A higher bid-to-cover is shown as a sign that investors are concerned and willing to pay (the best endorsement of a view) to protect against inflation eating away portfolio returns. The weak bid-to-cover demand could be blamed on the summer, but then you’d have to explain away that 10-year breakevens were trading near their lowest levels of the year. Either way, the inflation picture that is expected to bring the Fed back in line with normalizing central banks is slipping through their fingers. The only other thing that may bring the Fed into a tightening stance is the persistently easing financial conditions, which NY Fed President Bill Dudley said could force the Fed to overtighten so that inflation doesn’t sneak up on the economy.

The other key central bank meeting on Thursday was the Bank of Japan that voted 7-2 to keep policy unchanged while continuing their Yield Curve Control policy to target the 10yr Japanese Government Bond yield at 0%. Governor Haruhiko Kuroda mentioned there was “no risk of the economy overheating,” and the Bank of Japan pushed back their expected date to hit their inflation target to 2019. While JPY was little moved during the rate announcement, it’s worth noting the EUR/JPY is pushing back toward the 200-week moving average that it tested last week. 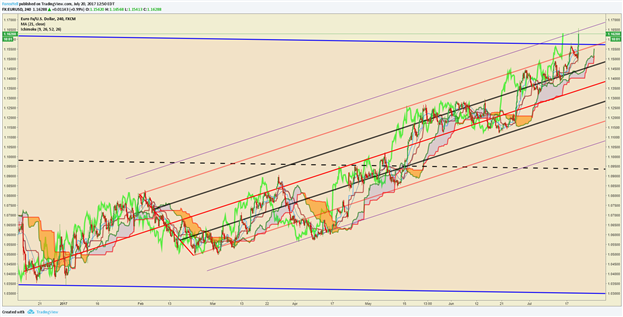 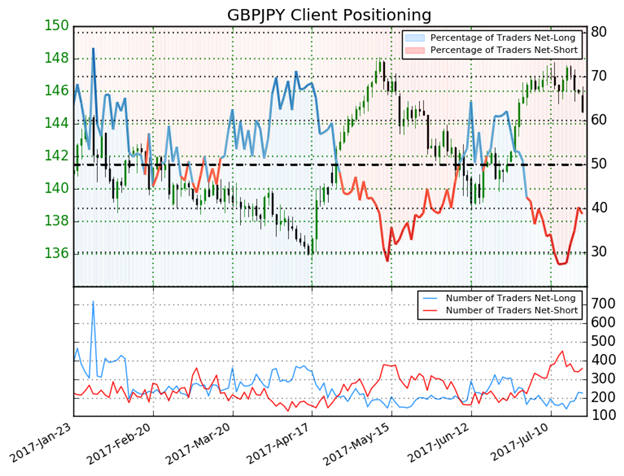