EUR/USD Reversal Stalls but USD/CAD's Continues Thanks to Oil

See how retail traders are positioning in NZD/USD after the RBNZ rate decision or oil after the break below 44? Analyze the DailyFX speculative positioning data on the sentiment page.

If we are in the midst of a Summer Lull in trading, Wednesday was arguably the eye of that storm. Not only does it align nicely with the summer solstice and in the middle of the calendar year's quietest trading month, it was extremely light in event risk. Top listing on the docket this past session was the RBNZ (Reserve Bank of New Zealand) rate decision. Despite the central bank holding its policy unchanged and only offering small changes to its accompanying reasoning, the Kiwi's reaction was marked. Not only was the currency's response sharp, but it seemed to contradict the outcome of the event itself. The dovish lean to the nuetral course was retained, and the absence of an explicit commitment to nuetral course setting seemed to be seized by bulls/hawks. Yet, there was little reason to be view this a strategic shift - much less one with a hawkish tilt. As such, the short-term Kiwi rally may act as a temporary jump on an extended move. If that is a stretch that snaps back, the NZD/USD and EUR/NZD are fundamentally and technically in the best position to exploit.

As for the markets that have tried to claw out meaningful moves without tangible fuel, the going has been more difficult. The Dollar's heroic effort to turn its 2017 tide by clearing the neckline of an inverted head-and-shoulders pattern (on DxY specifically) stalled this past session. There was a decisive absence of event risk and theme to contribute to the critical next stage move for the Greenback - and this currency is at a critical juncture where conviction will more likely need stronger fortification to push forward. In the meantime, the easing of risk trends through benchmarks like the S&P 500 and VIX spilled over to the market's favored carry currency of late. Stand outs on the speculative spectrum were the the high yield market (HYG ETF) which tumbled and Chinese markets which enjoyed the flush following the MSCI's approval of a range of the country's A-shares into its emerging market ETFs. Arguably the most impressive move in the markets this past session was the extended slide from oil prices. The attribution to inventories is hollow, but continued slide beneath major range support is unmistakable. And yet, we should be mindful of our assumption on how likely a sustained trend will be from a singular market - even oil - when the broader financial system is generally holding to congestion.

As we move into the coming and final 48 hours of the trading week, the docket will fill out. However, that doesn't make the markets any more likely to charge trends against the seasonal and structural constraints on the financial system. In the European session, we have the specific event risk associated with the EU leaders summit. This two day affair has seen some of its power mitigated by the agreement last week to release the next round of rescue funds to Greece. While there are many factors to Greece (and its long-term viability as a debtor) and other issues to cover at this meeting, they will not inherently carry an innate assumption of volatility. Less defined in its influence but carrying far more scope for impact will be an Brexit updates that we are delivered. This is a day-by-day and week-by-week fundamental catalyst so Pound traders should remain on their toes. In the New York session, the US Senate is expected to release a new proposal for the health care law. This is a critical milestone for progress on tax reform and a flash point for political risk assessments; so expect it to be a possible Dollar and 'risk' flash point. Another event of more specific interest to keep tabs on is the Mexican central bank's policy decision. This is a strong barometer for the assessment of the spillover effect of the United States' policy and the conflict with risk trends. We discuss what's ahead for the markets in today's Trading Video. 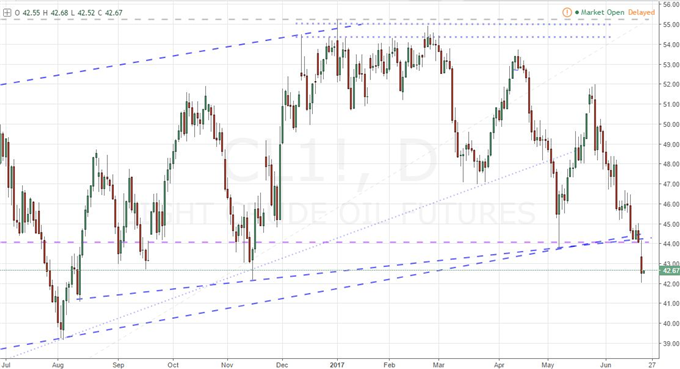 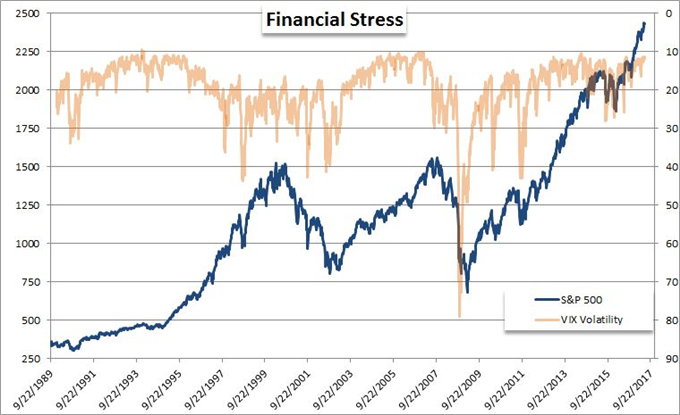