US Dollar Index advances in a bullish Elliott Wave sequence as large speculators are the most net short in four years.

DXY has quietly been making gains since early April. Using the Elliott Wave principle, it appears we are now in a third wave impulse higher.

The Elliott Wave count we are following is that DXY is in the beginning stages of an extended third wave. We anticipate that this wave will carry higher up to at least 93 over the next several weeks. This aligns with our previous forecast of the US Dollar staging its largest rally since January 2017. Ultimately, this rally may carry back towards the 95 zone before finding meaningful resistance. 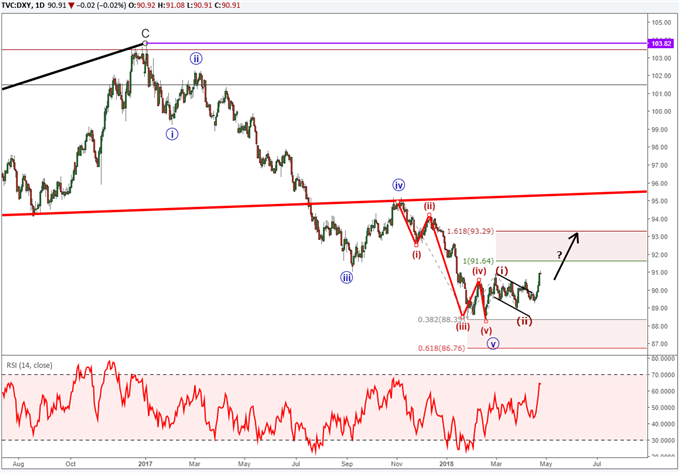 Risk to the near term bullish scenario can be set at 89.23. So long as DXY is above 89.23, we are anticipating prices to carry higher towards 93 and possibly higher. 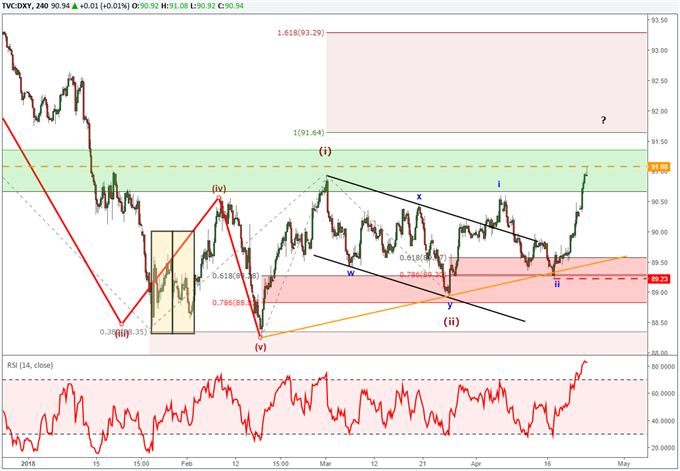 Bottom line, according to Elliott Wave Theory the US Dollar Index is in the beginning stages of what may be its largest rally in over a year. Sentiment as measured through the COT report supports that view. In the near term, continued trade above 89.23 supports the bullish pattern that may press to above 93.

This bullish scenario also aligns with our EURUSD forecast for a strong dollar.

Elliott Wave Theory is a trading study that identifies the highs and lows of price movements on charts via wave patterns. Traders often analyze the 5-wave impulse sequence and 3-wave corrective sequence to help them trade strategically. We cover these wave sequences in our beginners and advanced Elliott Wave trading guides.

Communicate with Jeremy and have your shout below by posting your EURUSD chart in the comments area. Feel free to include your Elliott Wave count as well. 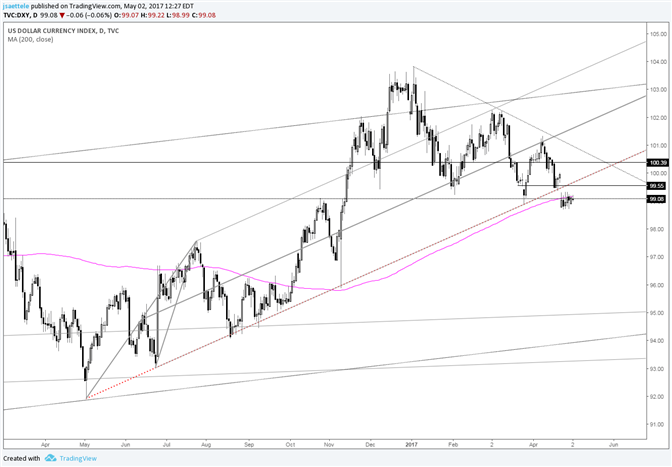 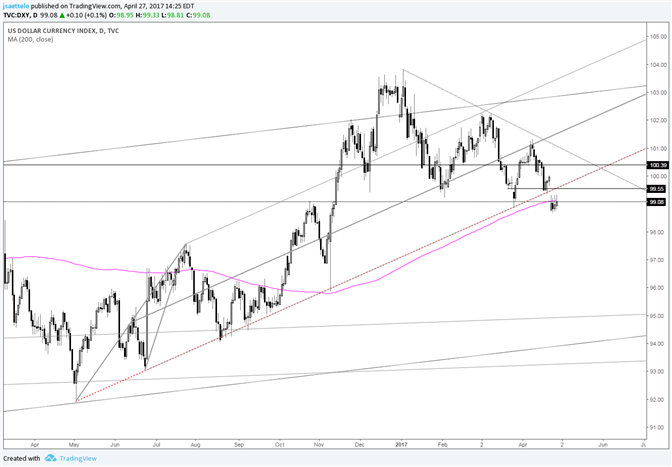 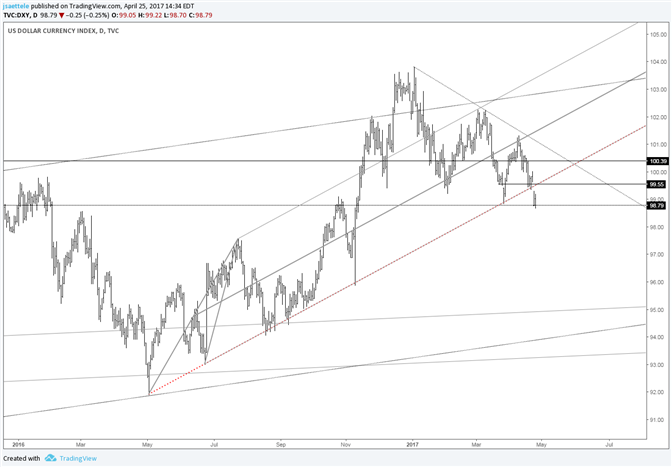 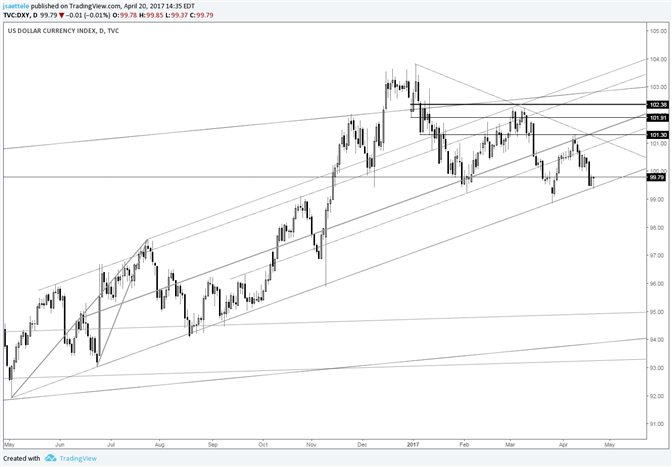