The US Dollar may be readying to turn higher against the Singapore Dollar. USD/SGD has broken above the Falling Wedge after bouncing on the rising support line from February. This is typically a bullish chart pattern that could mean a reversal of the dominant downtrend. Confirmation of this breakout has been notably absent at this point with prices trading in a narrow range between 1.3597 and 1.3636. 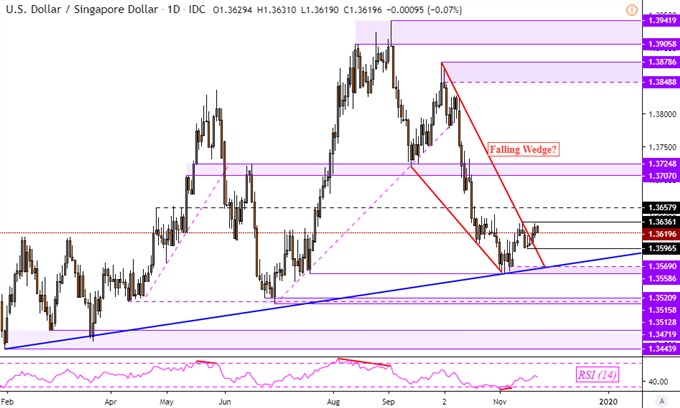 The US Dollar has been gaining ground against the Malaysian Ringgit as of late. This followed a bounce after bottoming around 4.1225. Prices have pushed back above a rising trend line from March, placing the former uptrend back into focus. Yet, USD/MYR has thus far struggled to push above a descending channel of resistance from August – pink lines on the chart below.

A daily close above would open the door to overturning the dominant downtrend from August. Guiding USD higher could continue being the rising support line from earlier this month towards 4.1950 to 4.2000. Otherwise, turning lower after testing falling resistance places the focus on near-term support at 4.1448 before reaching 4.1225. 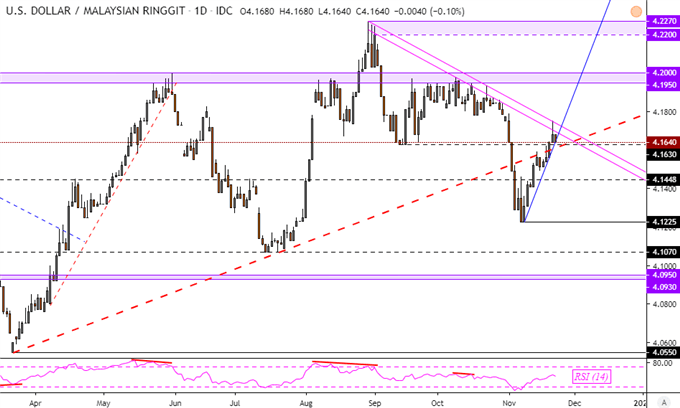 The US Dollar has been cautiously climbing against the Philippine Peso since earlier this month. USD/PHP’s delicate ascent is being guided by a rising channel – red area on the chart below. A bounce on the floor could pave the way for a retest of near-term resistance at 51.02. A daily close above this price opens the door to overturning the dominant downtrend from August.

There has been a notable lack in progress confirming the breakout above the descending channel of resistance from September – pink lines on the chart below. Traders may be hesitating to commit their direction until a resolution in the US-China trade ordeal has been reached. Resuming the downtrend could be back in play after a daily close under 50.40 heading towards 49.98.

To stay updated on fundamental developments for ASEAN currencies such as PHP and SGD, follow me on Twitter here @ddubrovskyFX 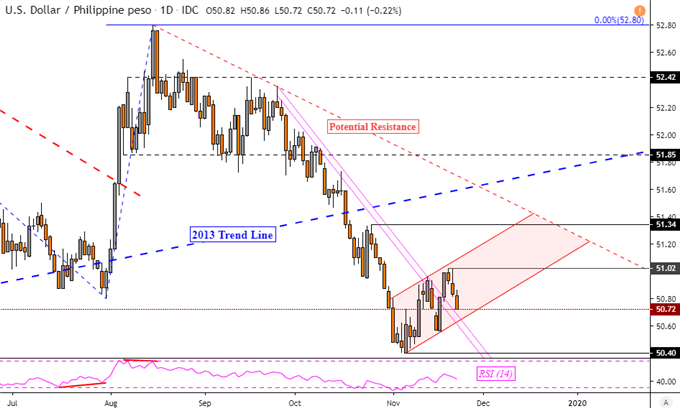 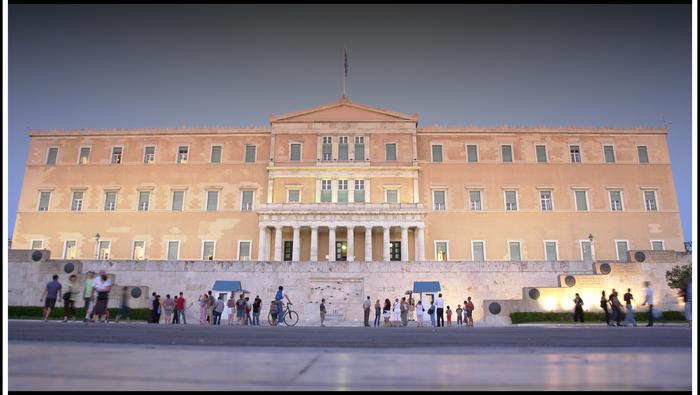