The latest report wasn’t action packed, as markets have been relatively tame. Dollar bullish bets continue to remain a persistent theme, whether it be against other currencies or indirectly via precious metals. JPY shorts made an aggressive one-week jump. Crude oil speculators have been very long for quite some time and also very right as price continues to wind its way higher. Could the 2008 trend-line finally threaten their stance? 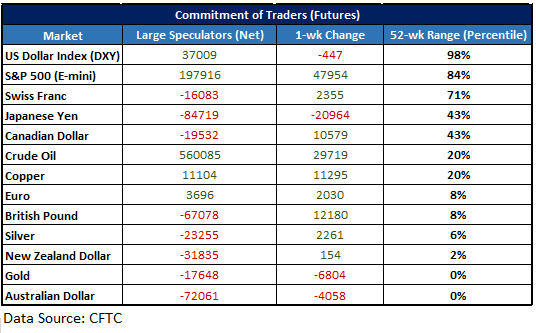 Last week, large speculators added nearly 21k contracts to their net-short, bringing the total position size to around -85k. The one-week change ranks in the top 12% since 2001, making it a relatively aggressive maneuver.

Chasing USD/JPY hasn’t been a robust strategy for the momentum-seeking crowd. With USD/JPY traversing near highs not seen since November of last year, it will be interesting to see if even more short JPY interest will show up and can help see the pair higher beyond peaks set throughout much of 2017. 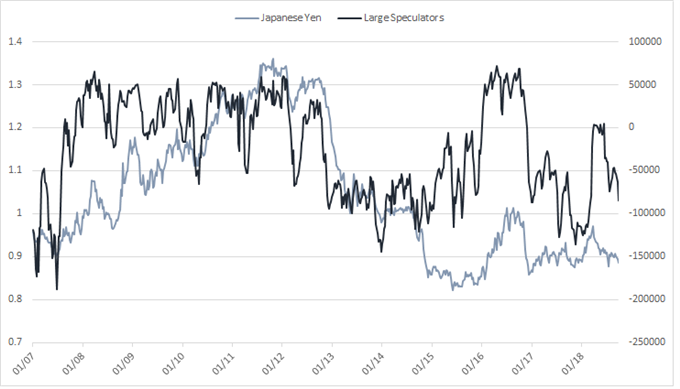 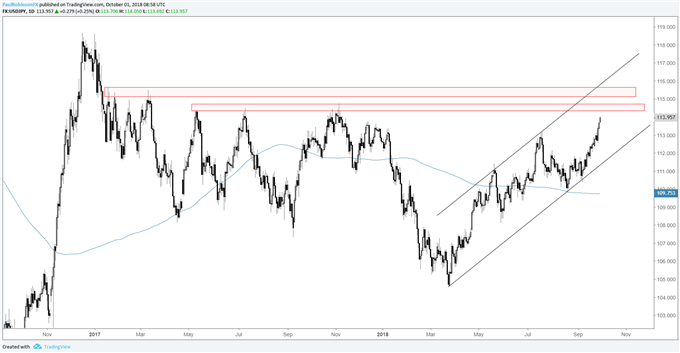 Crude oil positioning from week-to-week hasn’t changed all that much recently. Large speculators have been very long by historical standards throughout much of the rally over the past couple of years. While well off the record 739k contracts held long back in February, +560K is still a large position. The largest speculators have on net been very long and right, but with the 2008 trend-line just ahead could that be about to change?

It may be a situation similar to the euro, where a record-bullish crowd also met a trend-line from 2008. Since then, the euro turned down and large specs went form record long to net short in only 6 months. Upon arrival, should it get there, we’ll watch how price action in oil plays out at long-term trend resistance, looking for signs that a peak could be in. 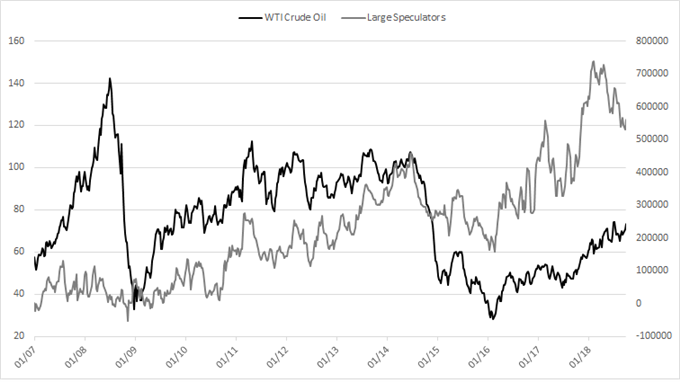 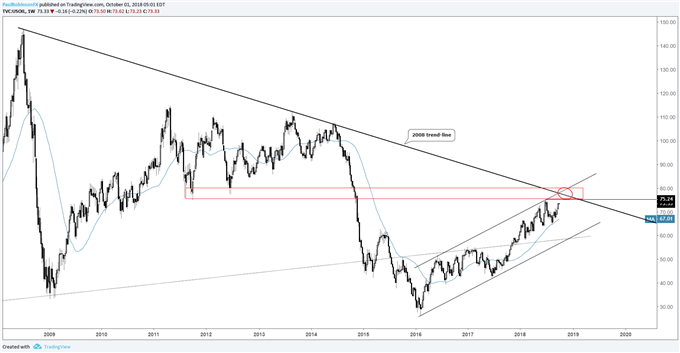 See what fundamental and technical drivers are at work in the just released Q4 Trading Forecasts. 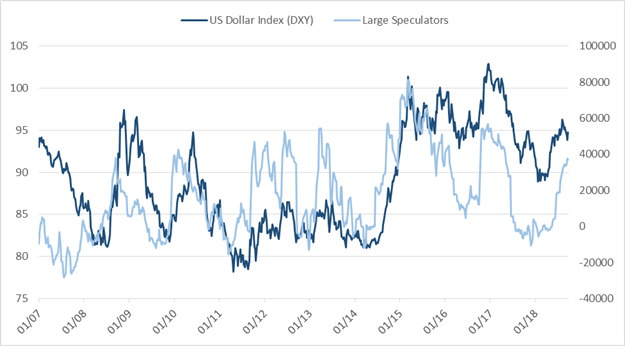 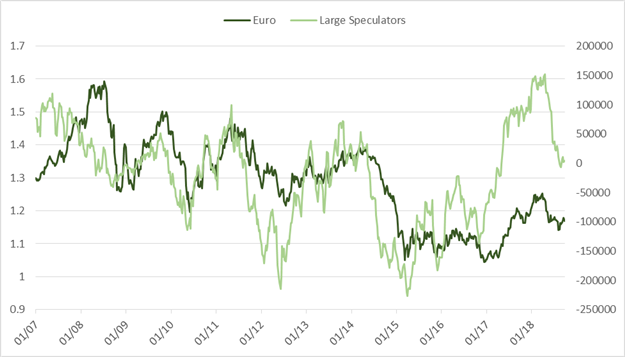 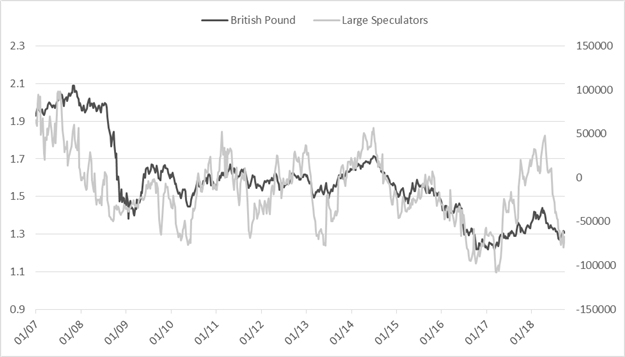 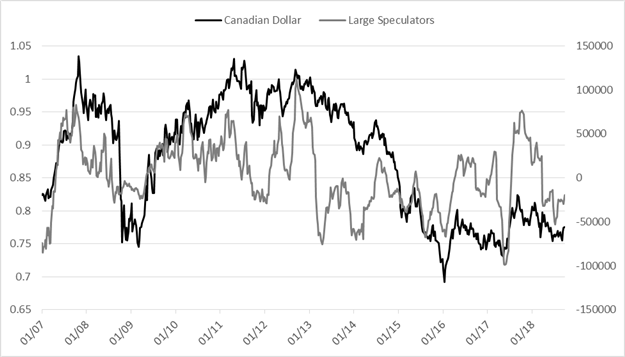 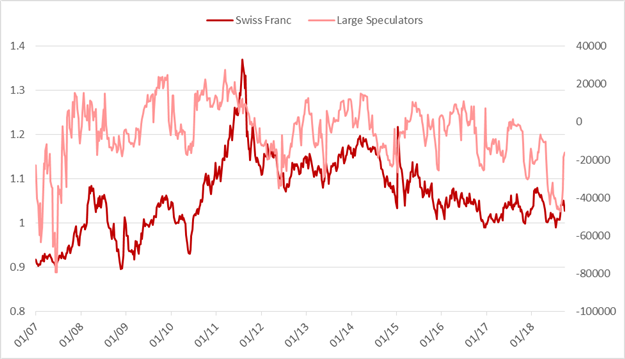 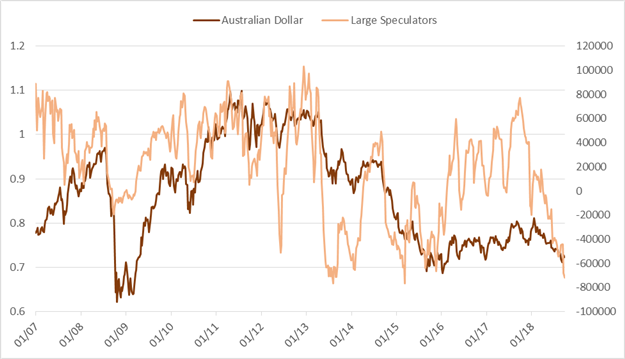 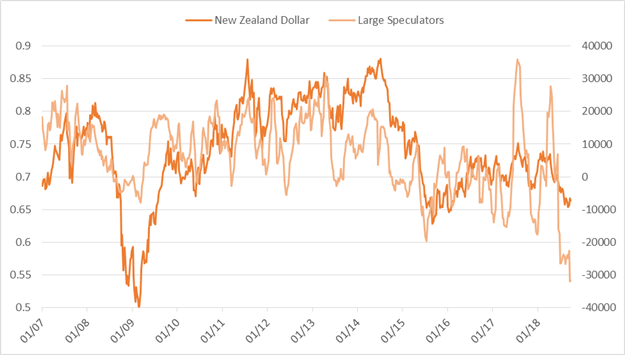 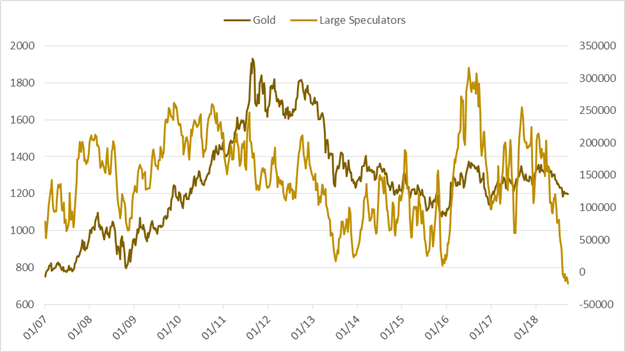 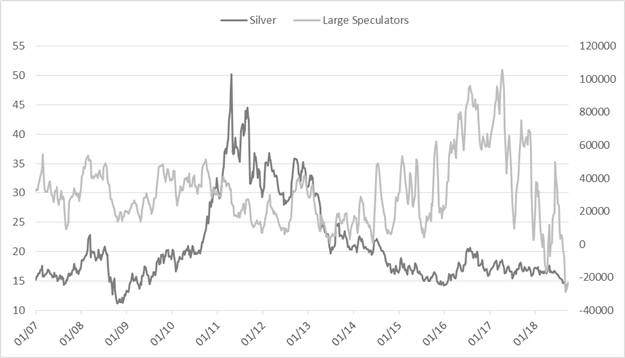 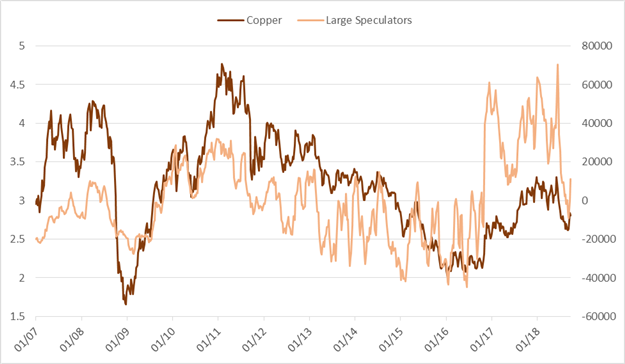 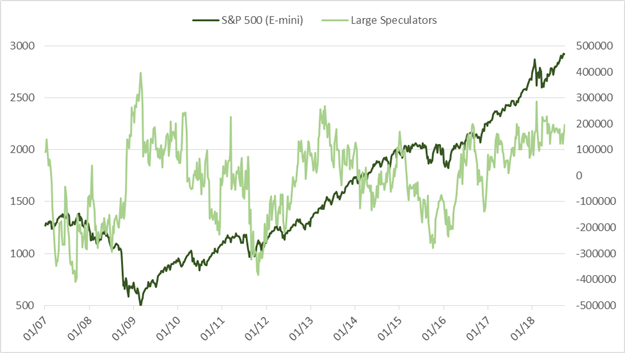