The popular online streaming service reported an increase in revenue of 16% ($7.5 billion) for Q3 – in line with estimates. Much of the increase has been attributed to the Asia Pacific market due to the recent release of the hit Korean series ‘Squid Game’. The Asia Pacific region has been identified as having massive potential as the streaming company looks to expand its customer base beyond the US and Canada.

Netflix expects to pick up 8.5 million new customers by year’s end as regular new content makes its way to the platform – something that wasn’t possible during the hard lockdown as many shows were put on hold. A surge in optimism had the share trading above $660 yesterday before ending slightly lower on the day. 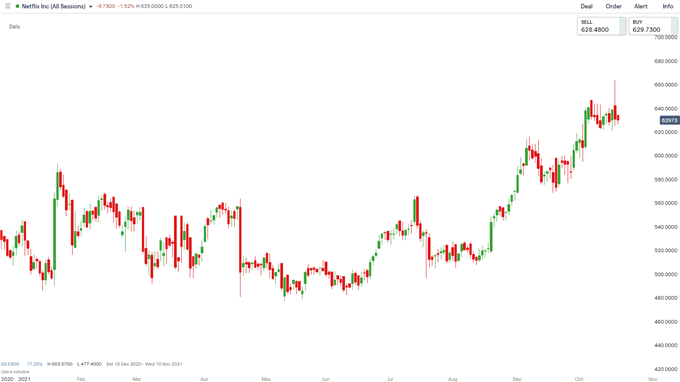 Facebook is said to be planning a rebranding that focuses on the ‘metaverse’ – which has been described by Zuckerberg as a digital world where people can move between different devices and communicate in a virtual environment. The social media company has recently come under pressure from regulators and lawmakers regarding its business practices.

The rebranding is yet to be confirmed by Facebook but it plans to talk about new changes at the company’s annual Connect conference on October 28 – the same day Amazon’s Q3 results will be announced.

The rebranding effort could be similar to that adopted by Google whereby a parent company could be created and Facebook would sit alongside Whatsapp and Instagram as one of the products overseen by the parent company. 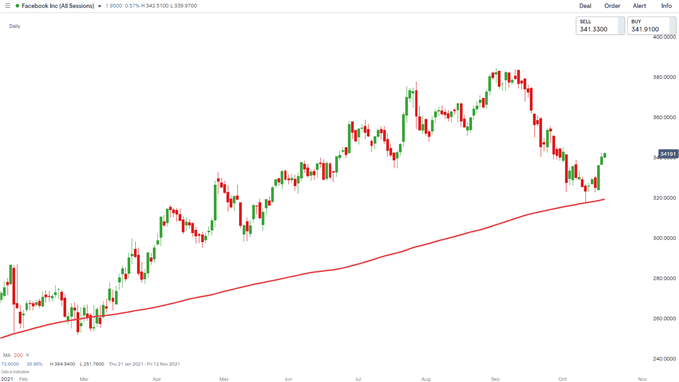 Yesterday, the US FANG index recorded its second day of sizeable gains as it traded above the previous all-time high of 7545. That statement may not be all that impressive when you consider that the index has not been around as long as other, more traditional indices but nevertheless, its broken new ground.

The rise coincides with a general ease in risk sentiment that has favored equity indices of late despite a rise in US treasury yields. Earnings optimism and a softer dollar helped buoy stocks but inflation remains a concern as companies battle with cost price inflation.

Higher input costs are either absorbed by companies which affects their bottom line, or companies pass on the higher costs to consumers in the form of higher prices at the tills. Internalizing higher costs puts strain on corporate margins which risks dampening the mood as more Q3 results are announced later this month. 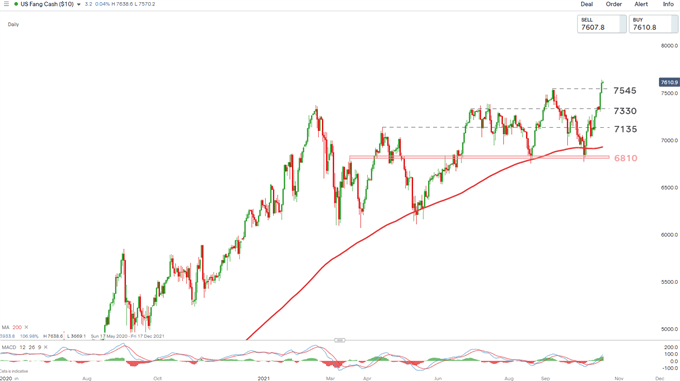