Robinhood, the “go-to” stock trading app for retail traders, sold shares at $38 in its IPO as the company takes another step in its journey to “democratize finance.” The IPO values Robinhood at $32 billion, with the company fresh off raising $3.4 billion during a January funding round. Robinhood will trade under the ticker $HOOD, with over 50 million shares being sold during the firm’s IPO. Proceeds from the IPO exceeded $2 billion. In an unusual move, Robinhood has reserved nearly one third of offered shares for its users. 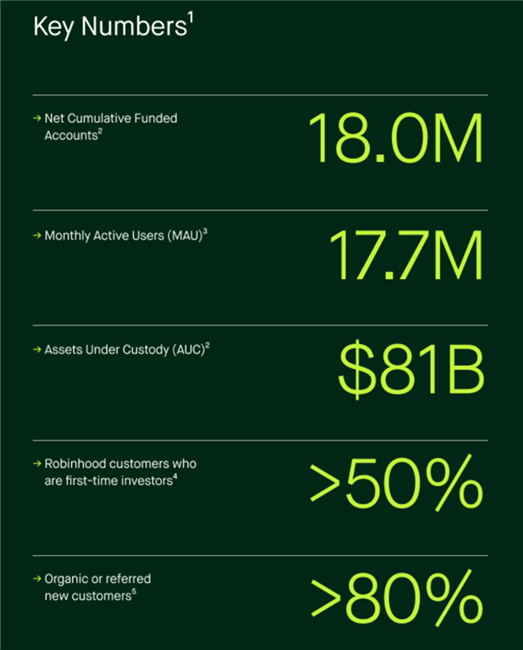 Robinhood has become the platform of retail traders, with CEO Vlad Tenev citing the app’s ability to bring more participants into the marketplace as one of it’s core strengths. The app is most known for its commission-free offerings of equities, options, and cryptocurrencies, which all experienced record level volumes during the pandemic. According to the company’s prospectus, Robinhood has roughly 22.5 million active users, a notable increase from the 18 million users it reported in the first quarter of 2021.

Robinhood operates under a unique business model, with payment for order flow compromising a significant portion of the firm’s revenues. Payment for order flow refers to brokerage firms getting paid to direct client trades to market makers, in this case Citadel Securities. During the first quarter of 2021 the firm took in $331 million in order flow payments, which has caught the eye of both market participants and regulators.

The debate around payment for order flow centers on the premise that customers are not getting the best possible execution, as market makers are free to analyze and front-run the trades coming from the brokerage firm. In the case of Robinhood, Citadel Securities (among other firms) has the ability to see what Robinhood users are buying and selling.

Shares opened at $38, at the bottom end of the IPO range ($38-$42). Despite broader markets trading near/at all-time highs, just 49% of companies listed publicly in 2021 sit above their IPO price. First day returns for newly listed companies in 2021 averages just shy of 7%. The story now for Robinhood becomes one of valuation as market participants will now determine fair market value for shares of Robinhood.