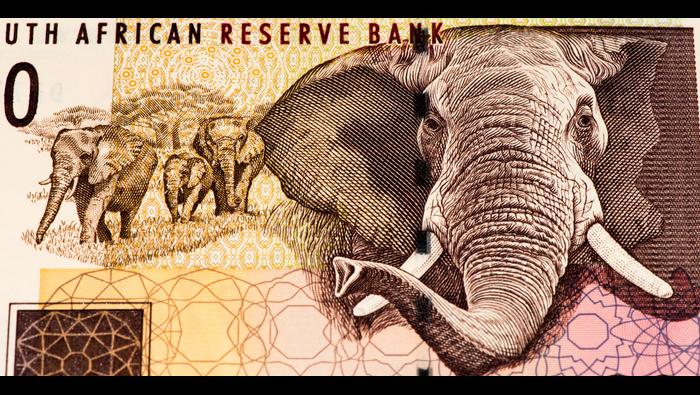 Unrest continues with KwaZulu Natal at the Forefront

The initial deployment of 2,500 army troops had little success in abating the looting and destruction of malls, vehicles and transport networks. However, the latest request for support could see ten times that number being deployed in hot spot areas around Gauteng and KwaZulu-Natal. Damages are difficult to assess but estimates have the figure around R16 billion ($343 million).

Key Technical Levels for the Week Ahead

The USD/ZAR daily chart shows price action trading in what appears to be an ascending channel, bouncing between the upper and lower bounds. The most recent bounce off resistance occurred right below the 200 simple moving average (SMA) resulted in lower sustained movement which now approaches the lower bound of the ascending channel.

SA gold and platinum miners no doubt have been enjoying the recent uptick in the respective metal prices and real yields remain favorable as South Africa continues to be well placed among its emerging markets peers.

The latest pullback may provide a launchpad for USD/ZAR bulls as increasing US inflation, and tapering comments by the St. Louis Fed President Jim Bullard this week could bring forward expectations of an interest rate hike. 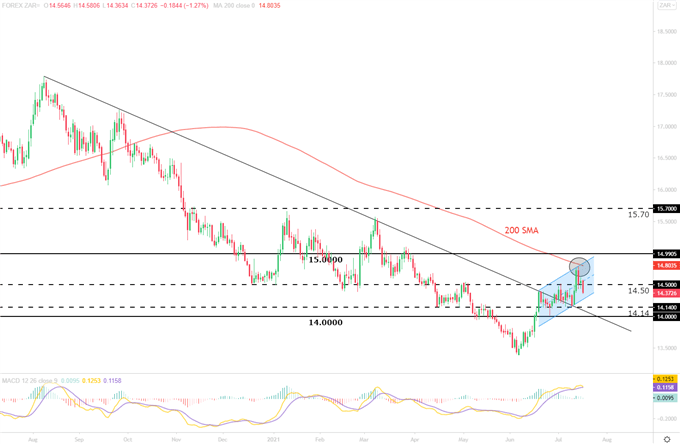 Zooming in on the 4 hour chart, the ascending channel becomes clearer. If selling persists there could be a move closer to the channel’s lower bound towards the 14.28 – 14.32 zone of support before the 14.14 level becomes the next level of possible support.

However, the upside risks to the USD/ZAR are considerable:

USD/ZAR Bulls will be watching for a possible break above the 200 SMA (an indicator widely used to gauge long term trend direction and trend reversals). 14.50 serves as the most immediate level of resistance, thereafter, the recent high of 14.80 comes into play before the psychological level of 15.0000. 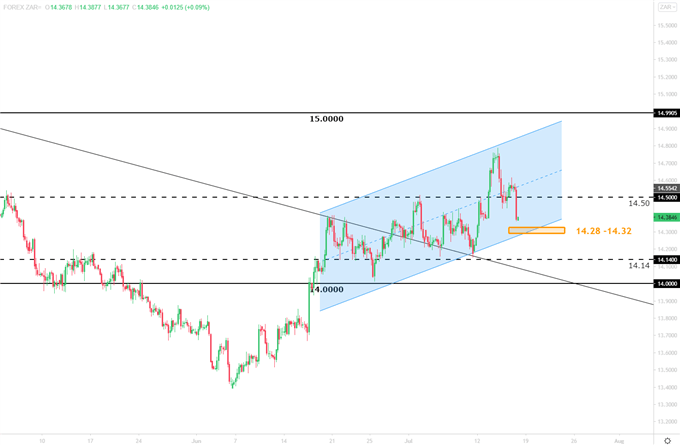 Recommended by Richard Snow
New to FX? Take a look at our guide to FX trading
Get My Guide

Hospitals were already experiencing capacity challenges before the latest spate of violence kicked off. South Africa looks to have moved past the peak of infections of the third wave of the coronavirus but large gatherings of rioters may accelerate the rate of infections during a time where public and private gatherings are restricted.

Yesterday, registrations for the covid-19 vaccine opened for 35-49 year olds which saw a record or 1 million registrations over the 24 hour period.