In its semi-annual report on financial stability, the Reserve Bank of Australia (RBA) casted an eye to the domestic housing market, as more people become worried about the wave of rising prices. The RBA indicated it is watching the rise closely, however “rising asset prices are still consistent with low interest rates” according to the bank.

Additionally, banks were described as having abundant liquidity and funding, with the low-rate environment having a negligible impact on bank profitability. According to central bank metrics, the balance sheets of Australian banks remain strong, and banks are capable of handling a significant economic shock.

The Australian Dollar has been stronger of late, but remains mixed over the last month. A strong recovery coupled with unwavering confidence in the Federal Reserve’s ability to support the American economy has seen the Greenback recoup some of 2020’s losses. Recent price action has seen bulls defend 0.7600, which may continue to be a pivotal point for short-term traders. 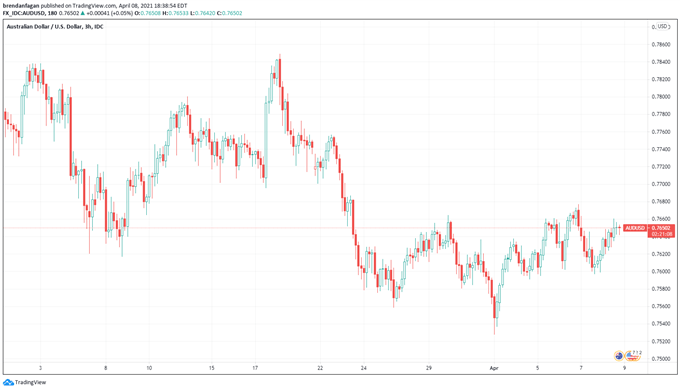 Much of the recent focus in Australia has been on housing, given the meteoric rise in prices throughout the COVID-induced recession. Worries have grown as many believe rising yields pose a serious and significant headwind to Australia’s housing market. RBA officials have been swift in their efforts to downplay any notion of a rate hike, saying that rates are likely to remain where they are until 2024.

In March, Australian dwelling values recorded their largest growth rate in 32 years, with home prices in Sydney leading the way. Many of the worries stem from the possibility of financial conditions tightening, which may cause highly leveraged and inflated assets to lose significant portions of their value. 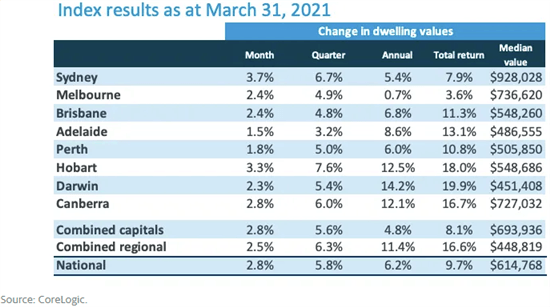 In recent comments, RBA Governor Philip Lowe has commented that the RBA will monitor the trend closely but cited strong demand from first-time buyers as the catalyst for the sharp rise in prices. Lowe continued to say “given the environment of rising housing prices and low interest rates, the bank will be monitoring trends in housing borrowing carefully and it is important that lending standards are maintained.”