Market sentiment soured overnight as investors reacted to a continued surge in global coronavirus cases, escalating trade tensions, and a downward revision of the global growth outlook by the International Monetary Fund (IMF).

This has led to a continuation of the broad risk aversion seen throughout the month of June, hampering the recent recovery of global equity markets and cycle-sensitive currencies.

Projecting the recovery to be “more gradual than previously forecast”, the IMF expects global gross domestic product (GDP) to shrink 4.9% this year as the “pandemic has had a more negative impact on activity than anticipated”.

Notably suggesting “the extent of the recent rebound appears disconnected from shifts in underlying economic prospects”, the Fund believes “financial conditions may tighten” as there remains numerous risks to the economic recovery from the Great Lockdown. 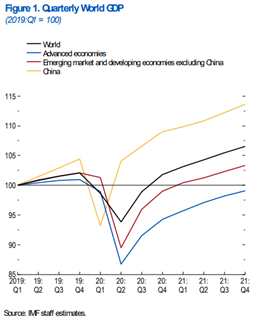 The escalation of trade tensions compound the gloomy picture painted by the IMF, as the US continues to deploy its ‘carousel retaliation’ approach to trade negotiations, weighing the imposition of new tariffs on $3.1 billion of exports from the European Union and United Kingdom.

Given the fragility seen recently in financial markets, the possibility of a tit-for-tat exchange between two of the world’s biggest economies may continue to sour investor sentiment and fuel further risk aversion.

As a result, safe-haven currencies like the Japanese Yen and US Dollar may continue their tentative recovery going into the second half of 2020, reflecting the distinct binary reaction displayed in financial markets over the last six months as investors shift their appetite for risk. 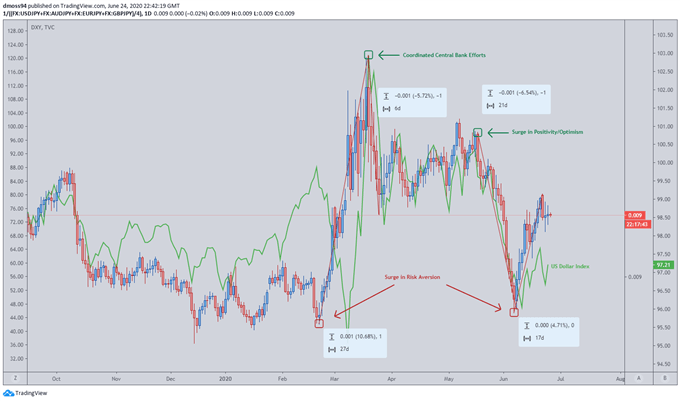 AUD/JPY has shown a distinct positive correlation with the S&P 500 over the last year and continues to act as a thermometer for market sentiment, with the resurgence of risk aversion resulting in the exchange rate pulling back as much as 5% from the yearly high (76.79) set on June 8.

Breaking through Rising Wedge support suggests there may be further downside for the risk-sensitive currency against its safe-haven counterpart should price successfully clear support at the 61.8% Fibonacci (72.72) and 200-day moving average (72.23).

In addition to the development of price action, the RSI and momentum indicators may prove significant in assessing future direction, as both oscillators notably fade from the extremes set in early-June.

With price struggling to penetrate key resistance at the 61.8% Fibonacci (74.16) bias remains tilted to the downside, suggesting the risk aversion seen recently may continue to sweep through global financial markets.

A daily close below pivotal psychological support at the 72-handle could intensify selling pressure and trigger a rush from risk-sensitive currencies, like the Australian Dollar, to the haven-associated Japanese Yen. 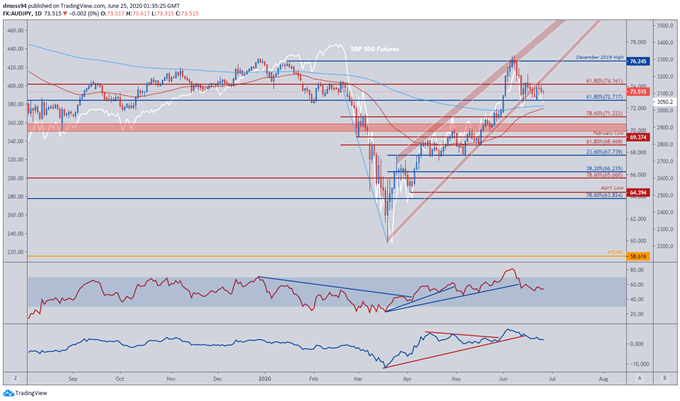