ECB to redefine its goals

The European Central Bank has confirmed a strategic policy review that could lead to a change in its current inflation target of below, but close to, 2% in the medium term. Other topics could include digital currencies and climate change and the review could take a year to complete.

The statement came as the ECB left all its key interest rates and its €20 billion per month asset-purchase program where they were, as widely expected by analysts polled by the news agencies. That left EUR/USD little changed during a press conference by ECB President Christine Lagarde. 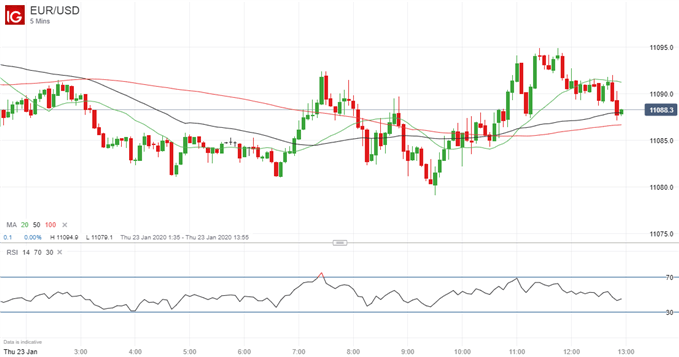 Lagarde was listened to closely for indications on whether she would follow the ultra-easy monetary policies of her predecessor Mario Draghi amid doubts among some members of its rate-setting Governing Council about the efficacy of keeping the monetary taps wide open amid early signs of an improvement in the Eurozone economy.

In the meantime, the ECB said it sees interest rates at their present or lower levels until the inflation outlook converges robustly to its target. It also said it sees its asset-purchase program running for as long as necessary and to end shortly before any rate increase.

It will reinvest the proceeds of the program in full for an extended time after that rate hike and for as long as necessary. Further details of the scope and timetable of the strategic review will be published at 1430 GMT.

Speaking at her press conference, Lagarde said incoming economic data were in line with the ECB's baseline scenario of ongoing moderate growth, although manufacturing was a drag.

Monetary policy has to remain highly accomodative for a prolonged period of time but the Eurozone services and construction sectors remained resilient and both surveys and offiial data pointed to some stabilization, she said.

Risks are tilted to the downside, but less pronounced, while headline inflation is likely to stay around its current levels in coming months, Lagarde added.