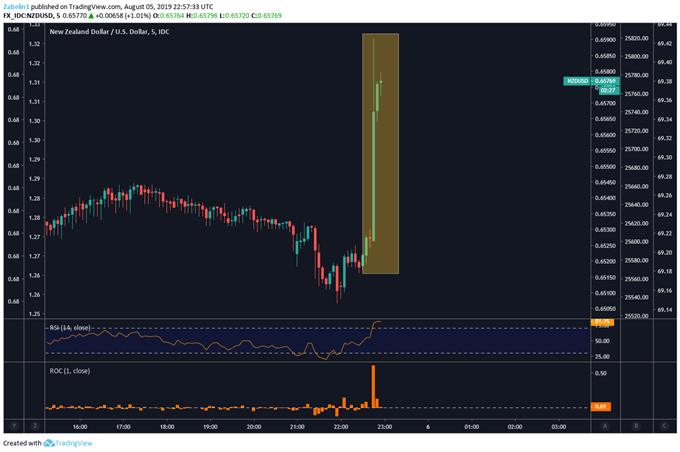 However, it is unclear whether this will significantly alter the Reserve Bank of New Zealand’s (RBNZ) outlook for policy. Last week, the central bank announced that it is looking into using “unconventional” policy measures as a way to boost inflation and jobs growth. The better-than-expected data appears to have offered an ethereal moment of hope, but price action suggests investors are quickly remembering the fundamental environment.

NZDUSD Coming Back to Earth 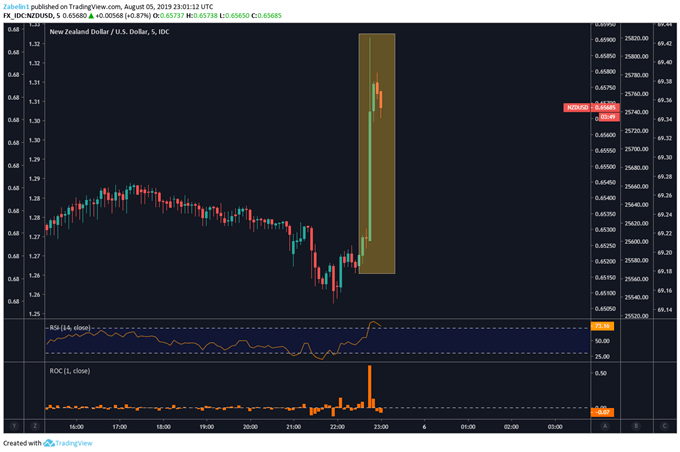 US-China trade relations have hit a new low and has caused market-wide risk aversion and lead to the S&P 500 shaving off over 5 percent in less than a week. The Treasury Department has designed China as a currency manipulator after USDCNH crossed the 7.00 psychological threshold. The PBOC responded to the price move saying it was the result of expectations of further tariffs and protectionism.

Get live updates on US-China trade relations by following @DailyFXteam Live on Twitter!

As an export-driven economy with a strong reliance on Chinese growth, New Zealand – along with Australia – are some of the most vulnerable economies to a downturn in US-China trade relations. Escalation between Beijing and Washington continues to spook financial markets and is leaving commodity-linked currencies like NZD in the proverbial dustbin as traders redirect capital to anti-risk assets like Treasuries and the US Dollar.