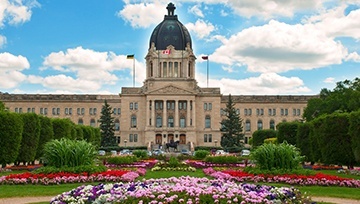 Crude oil prices are continuing to trend higher as supply cuts by OPEC and its allies, plus US sanctions on Venezuela, outweigh record US output and rising US inventories. US stockpiles rose much more than expected last week, with inventories up by 7.1 million barrels to 452.93 million barrels, according to a weekly report by the US Energy Information Administration Wednesday.

Usually, that would boost the Canadian Dollar as Canada has the world’s third largest oil reserves after Venezuela and Saudi Arabia. However, the US Dollar is continuing to advance against it, as the chart below shows.

For now, Canadian politics and a dovish Bank of Canada are outweighing the impact of higher oil prices. On the political front, Canadian Prime Minister Justin Trudeau is caught up in a scandal involving allegations made by Canada’s former attorney general, Jody Wilson-Raybould, who says Trudeau and his inner circle intervened inappropriately in the criminal prosecution of a major engineering firm.

At the same time, the Bank of Canada said Wednesday that the economic outlook continues to warrant interest rates below their neutral range, estimated at around 2.5% to 3.5%. It left its benchmark rate at a much lower 1.75% and its tone was less hawkish than previously.

That change may have reflected news Friday that the Canadian economy expanded at an annualized rate of just 0.4% in the last quarter of 2018 as the country posted its weakest quarterly growth since the middle of 2016.

While the link between the oil price and the currency is unlikely to have broken long-term, for now economic and political concerns look to be more important for the USDCAD price.