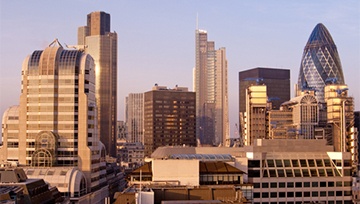 Reports of unrest within the ruling UK Conservative Party are continuing to damage the FTSE 100 index of leading London-listed stocks. According to reports, some 50 Conservative Members of Parliament have met to discuss ousting Prime Minister Theresa May, who they argue has taken too soft a line of the Brexit negotiations between the UK and the EU.

In addition, Jean-Claude Juncker, the European Commission President, said Wednesday that the EU would not compromise on the key Brexit withdrawal terms, although he reaffirmed an offer of a close future partnership. His comments came in a keynote State of the European Union address to the European Parliament.

So far at least, there has been little reaction in GBPUSD, which is currently stable around the 1.30 level. However, the FTSE 100 has now lost some 430 points since hitting a recent high of 7711 on August 27, despite a modest uptick Wednesday.

News that Bank of England Governor Mark Carney will stay in post until the end of January next year to “support a smooth exit” from the EU has so far failed to ease Brexit worries. Moreover, there is some concern that Brexit will dominate Wednesday’s regular weekly Prime Minister’s Questions in Parliament.

With the FTSE 100 index having dipped on Tuesday to its lowest level since April 17, further losses cannot be ruled out ahead of and after the Thursday meeting of the Bank of England’s Monetary Policy Committee, which is expected to leave all its monetary settings unchanged.

For a more technical view on the outlook for the FTSE, see this report by my colleague Paul Robinson.