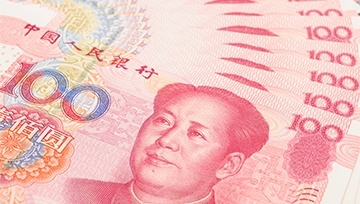 Asia/Pacific shares traded mixed by Friday afternoon trade after a rather poor performing day on Wall Street. The session went on rather quietly until the daily Yuan fixing rate, where the PBOC weakened it versus the US Dollar by 0.9 percent. This was the largest depreciation in a single day since June 2016, or more than six years ago.

Keep in mind that the world’s two largest economies are still in a heated situation in regards to trade tariffs. Last week, the US released its list of the potential additional $200b in Chinese import taxes. This was after equivalent retaliation from the targeted nation in response to the $34b in levies enacted on it by the US on July 6th. A weaker Yuan across the board can help to stabilize and offset some of the negative impacts from tariffs.

The weakening had a moderate impact on stocks as most fell as the news crossed the wires. Japan’s Nikkei 225 declined 0.57% heading into this week’s close. Meanwhile in China, the Shanghai Composite was slightly lower at -0.12%. South Korea’s KOSPI fell about 0.08%. Australia’s ASX 200 fared better with the index rising about a third of a percent.

In the FX spectrum, the Japanese Yen showed a minimal response to local inflation data which disappointed expectations. However, the BoJ is likely to stand put on its monetary policy path regardless. Rather, the anti-risk currency headed cautiously higher as the majority of stocks fell following the PBOC Yuan fixing. Meanwhile, the sentiment-linked Australian Dollar headed lower.

If some of the deterioration in sentiment continues into the end of this week, the Yen could keep gaining. This may be amplified is the US heads closer in the direction of imposing auto import tariffs. By the end of Friday, the Commerce Department is scheduled to finish hearings into whether or not auto imports pose as a national security threat.

The USD/JPY appears to be wedged in-between near-term support and resistance after pushing above the descending December 2017 resistance line. However, negative RSI divergence warns that upside momentum is waning. This could mean that the pair’s next leg could be lower. 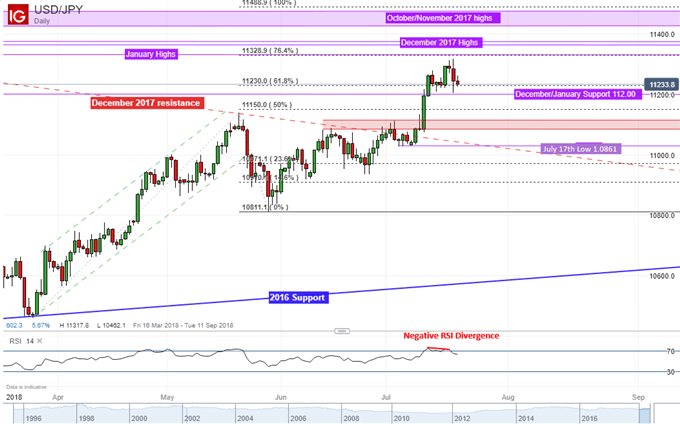