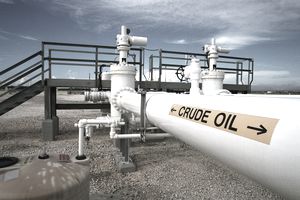 Crude Oil prices fell late on Friday’s session following reports that the Trump administration is actively considering a release from the Strategic Petroleum Reserve (SPR), which is the world’s largest oil stockpile. The options that are under review range from an initial test of 5mln barrels followed by a release of 30mln barrels, whereby the release could come ahead of the US midterm elections in November.

Why is Trump Considering Tapping into US SPR?

According to data from AAA, US gasoline prices are up 28% at $2.88 and hovering around the highest levels in 3yrs. This has largely been due to the surge in crude oil prices (make up half of US gasoline prices), which recently hit 4yr highs on the back of the United States decision to pull out of the Iranian Nuclear Deal and place sanctions on Iran, attacking their Iranian exports and potentially leading to a drop of 500k-1mln barrels. High gasoline prices may not bode well for the Republicans at the upcoming midterm elections given the impact on consumer spending. Subsequently, Trump has been on the offensive to bring down oil prices by publicly criticizing OPEC for creating artificially high prices, while also prompting the cartel to raise production.

Amid the current situation with oil prices, it is likely that the oil market will be quite high on the agenda between Trump and Putin. In turn, a more potent use of releasing stockpiles from the SPR would be to take a coordinated action with Russia, who have been very keen to boost oil production. Consequently, this would likely place a lid on oil prices in the short term.