The Group of Seven met Friday to discuss the themes laid out by the Canadian host, but the summit was likely focused on concerns over metal tariffs imposed by the United States. Leading up to the event, markets were focused on the G-7 currencies and economies while looking forward to any progress made in de-escalating trade tensions. Unfortunately, the first day of the summit may have been less than productive. French President Emanual Macron said he would not sign an official communique, a summary of the member’s agreements. Similarly, German Prime Minister Angela Merkel said “the lack of a communique would be a sign of honesty, showing we couldn’t agree.” Last year’s communique included the conclusions agreed upon by each member nation. Topics of note in the previous communique were: trade, the global economy, and inequality. The inability or unwillingness to produce an agreement highlights the depth of division between members at this year’s summit.

Although the summit appears gridlocked heading into the second day, slight progress could be championed by the group after day one. A suggestion from Germany’s Merkel to create a “shared assessment and dialogue” mechanism to discuss trade issues was received positively by other officials from the group. European Commission President Juncker said that he was personally ready to invest in it, while Canada’s Trudeau remarked he is holding out hope that progress can be made on the less controversial topics, but noted that President Trump would not be present for the second day of talks. President Trump told reporters he will leave Canada Saturday morning to fly to Singapore in preparation for the summit with North Korea leader Kim Jong-un on June 12th.

Despite the gridlock at this year’s summit, any facetime that the leaders have provides them with an opportunity to de-escalate the spread of trade war sexacerbated by the US metal tariffs imposed on June 1st. It could also turn into an opportunity for the United States’ peers to corroborate on a response. The two-day G-7 summit remains an important source of collaboration for developed economies and offers insight on other partnerships like NAFTA. The next opportunity for all these nations to convene and discuss trade is not immediately clear and the next G-7 meeting is not until 2019. In the meantime, trade officials will likely meet frequently for bilateral discussion. In similar fashion, President Trump has a meeting Saturday morning with Japanese Prime Minister Shinzo Abe. Japan has been subject to the metal tariffs since May 1st so trade will likely be an important topic.

Financial markets have been largely subdued in their response to the summit so far. Stocks produced small gains on Friday and the dollar was mixed, gaining against the euro and dropping against the yen and loonie. Moving forward, investors will be wary of any substantial information produced from the summit as tariffs remain in place and NAFTA remains in flux. If the uncertainty around global trade remains through the weekend – a likely outcome – the markets will have to shift gears and respond to important Federal Reserve and European Central Bank rate decisions Wednesday and Thursday respectively. 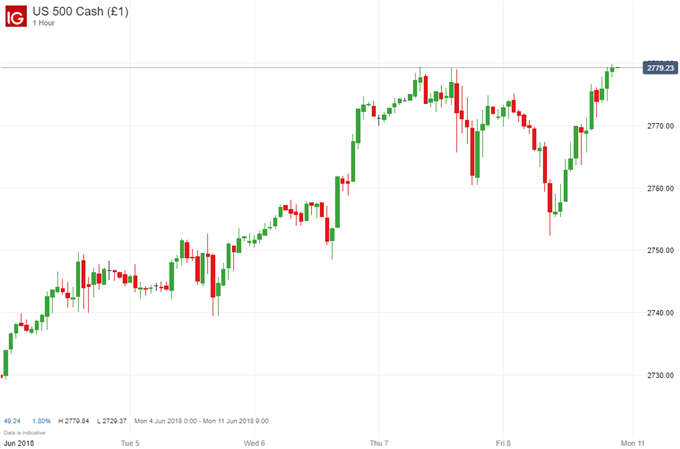 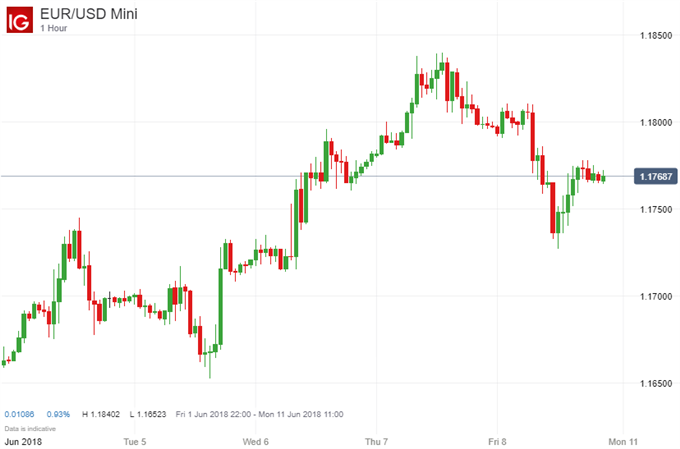 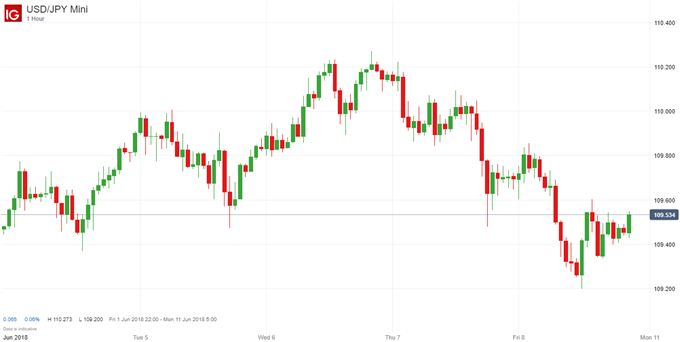 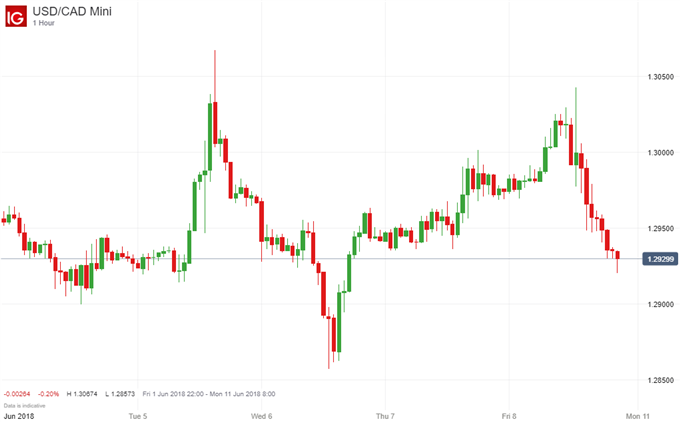