Sentiment on Friday started in a rather upbeat mood as US President Donald Trump continued to open the door to the country rejoining the Trans-Pacific Partnership Trade Accord. Australia’s Trade Minister Steven Ciobo welcomed his remarks. The anti-risk Japanese Yen fell while higher-yielding currencies like the Australian Dollar outperformed.

However, that optimism later reversed course as the S&P 500 and Dow Jones closed lower 0.29% and 0.5% respectively. That could have been attributed to the weakness in shares of the bank and financial sector. There, despite better-than-expected first quarter earnings from Citibank, JPMorgan and Wells Fargo, their stocks fell in the aftermath. Pessimistic outlooks from these companies seemed to have been the cause.

After the markets had closed for trading last week, reports crossed the wires that the US, France and UK launched military strikes against Syria. Looking back, if tensions were to have escalated further, that might have had negative implications for risk appetite when Monday’s trading session began. However, this appeared not to be the case once the weekend had passed.

In fact, relatively intense gaps were absent as the new week began. Pairs like AUD/USD and NZD/USD, which actually gapped modestly higher, were quick to fill them. This might have been due to a lack of escalating geopolitical tensions around Syria. By the end of Saturday, there was no reported retaliation from the latter country or Russia. Then on Sunday, French President Emmanuel Macron said that he and his allies did not declare war. With that in mind, the markets seemed to have treated the event as a one-off reaction.

One currency that was a standout as Monday’s session began was the Japanese Yen, which was quick to decline across the board. Around 50,000 protestors attended a rally in Tokyo on Saturday demanding their Prime Minister, Shinzo Abe, to resign over anger about cronyism and scandals. The anti-risk Yen may strengthen if local shares tumble at Tokyo open. 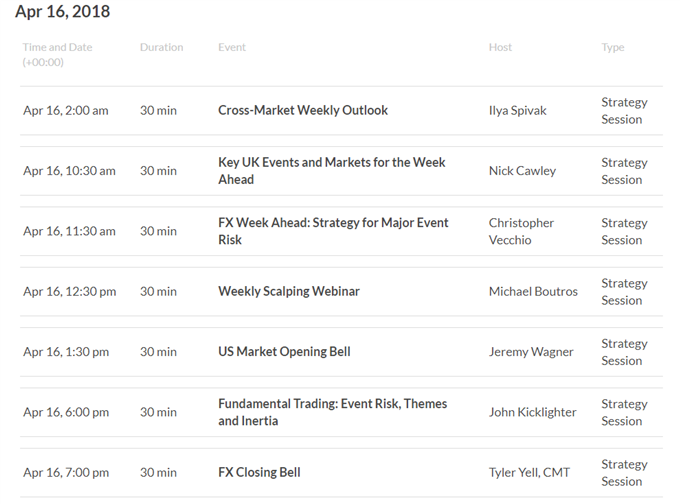 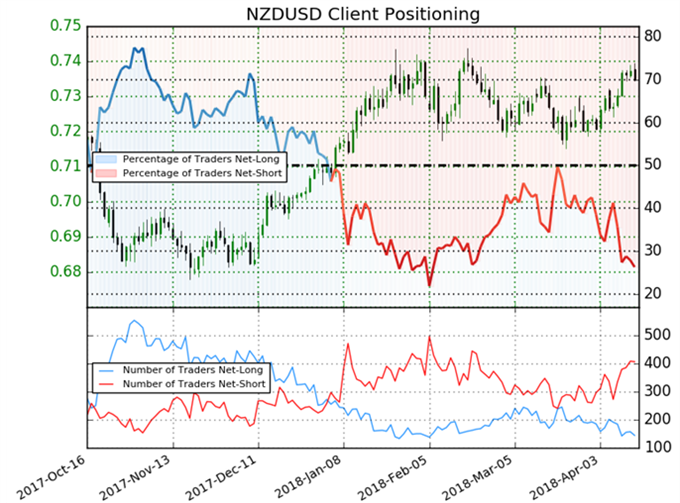