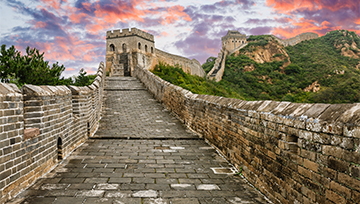 Some Asian indexes hit new record highs on Thursday supported by a Wall Street rally. The US Dollar pulled back further from three-year lows as more dovish comments from the European Central Bank stole some of the Euro’s thunder.

In the day's main economic news, China’s economy was revealed to have grown by 6.9% for 2017. That meant it topped 2017’s 6.7%- that was a 26-year low- and comfortably met official expectations which looked for a gain of 6.5% or better. There was very little market reaction to this data, possibly because it was well priced befoehand. Chinese Premier Li Kequiang said last week that he expected 6.9% growth, and a Chinese agency report appeared to leak the same figure earlier Thursday.

The Nikkei 225 hit a new high for trade since 1991 before sliding back to finish down 0.4%. Most other local bourses held up for the session although the ASX 200 was just in the red as its closing bell rang.

The Euro traded lower, around $1.2203, slipping from three-year peaks above $1.2300 after some ECB officials voiced worries about the currency’s strength Wednesday, and some reminded markets that Eurozone monetary policy will remain accommodative for some time. The Australian Dollar slipped on some official employment data which, although far from weak, did include a small and unexpected uptick in the unemployment rate. Cryptocurrency prices saw modest respite in Asia once again but remain under significant duress. Gold prices inched down as the US Dollar gained, while crude oil prices rose on news of falling US inventories.

Coming up later will be US housing-start and building-permit data along with the Philadelphia Federal Reserve’s business outlook snapshot. Initial and continuing jobless claim numbers are on the schedule too. European Central Bank’s Benoit Coeure will speak in Frankfurt at a panel discussion.