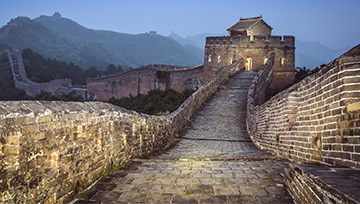 Which 2018 trading opportunities do the DailyFX team of analyst find most compelling? Find out here

Most Asian indexes managed slight gains Friday in response to a stronger Wall St. in the session before.

The Nikkei 225 was a notable exception. It slipped by 0.2% with its heavily weighted technology and auto names coming under a little local selling pressure. Other bourses were higher if not by much. Australia’s ASX climbed by just 0.03%. The Hang Seng looked set to stretch its record-breaking winning streak to 14 days as investors remain hopeful that a global recovery will be good news for Hong Kong Inc.

China’s December trade numbers showed a 4.5% rise in US Dollar-terms imports, which was well below the 13% rise forecast. Exports rose by 10.9%, beating expectations and 2017’s overall trade surplus with the US hit a new record of $275.81 billion. Still the Australian Dollar softened a little on the import miss. The Japanese Yen meanwhile paid little heed to trade balance and current account numbers out of its homeland, both of which came up short relative to expectations. The US Dollar was broadly weaker against its major, traded rivals. Growing investor prognoses for tighter monetary policy in the Eurozone are still weighing on the grenback.

Bitcoin prices perked up a bit as South Korea seemed to pour cold water on the idea of a near-term domestic cryptocurrency-trade ban. Worries about just such a thing depressed prices earlier in the week. Gold prices were on track for a fifth straight weekly rise as the US Dollar’s relative weakness burnishes the metal’s investment appeal. Crude oil slipped a little further from its recent four-year highs

Still to come Friday is the official US Consumer Price Index for December along with an advance look at that month’s crucial retail sales.