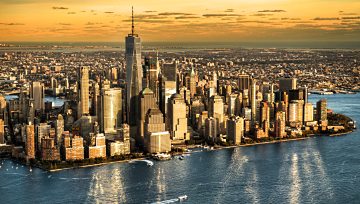 What will drive longer-term US Dollar market trends? See our forecasts here.

The US Dollar was rather mute towards a record consumer credit outcome in November 2017, a month before the winter holidays of gift-giving. Borrowers stacked up $27.951billion in credit from $20.532billion in October. This outperformed estimates calling for a decline to just $18billion. The previous record was set in September 2015 at $27.514 billion.

While this was a remarkable outcome, percentage change rates tell a slightly different story. Looking at the chart below, the increase from September to November was a 36.13% gain. This pales in comparison to the 107.35% jump witnessed back in late 2015 and is slightly slower than the 76.52% improvement two months ago. 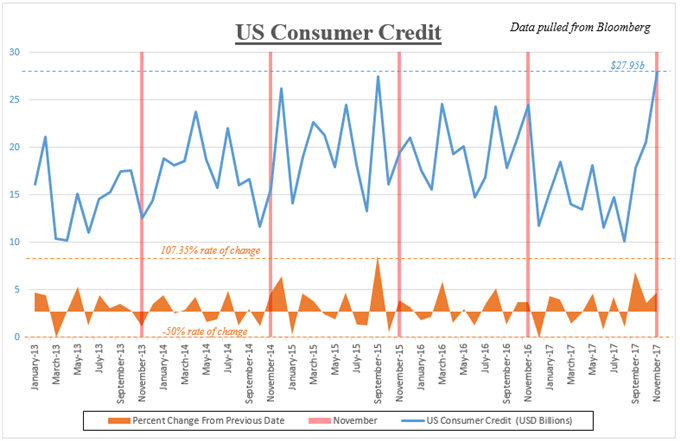 US growth is mostly driven by consumer spending, making credit growth an important barometer of overall economic health. Higher credit expansion can translate into faster economic growth which may in turn cause the Fed to raise rates to prevent inflation from running too high as a result. However, as DailyFX Chief Currency Strategist John Kicklighter mentioned, the trend in monetary policy speculation has shifted out of the greenback’s favor. 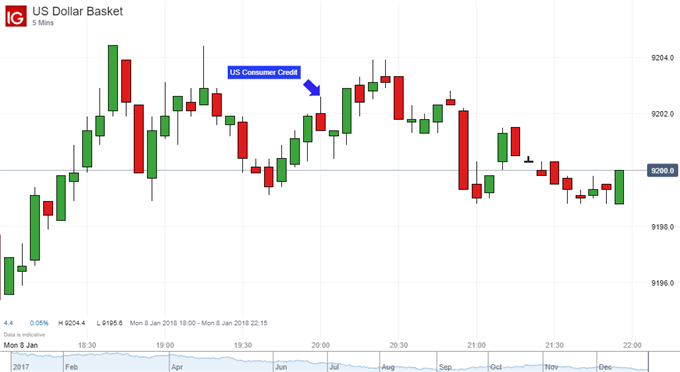 On a daily chart, the US Dollar put in its largest gain this year so far on Monday after it was stuck above January’s 2nd low around 91.41. In fact, the currency has pushed above a near-term falling trend line that was established since mid-December 2017.

A continued climb would place the minor 14.6% Fibonacci extension level at 93.03 in sight as well as put a pause in its overall decline since early November 2017. A break above that would expose the October 27 high at 94.92.

Should the Dollar’s breakout turn out to be a false alarm, the January 2nd low appears to be the first obstacle preventing it from falling further. A trip below that would leave the 38.2% Fibonacci extension level at 89.96 as the next target. 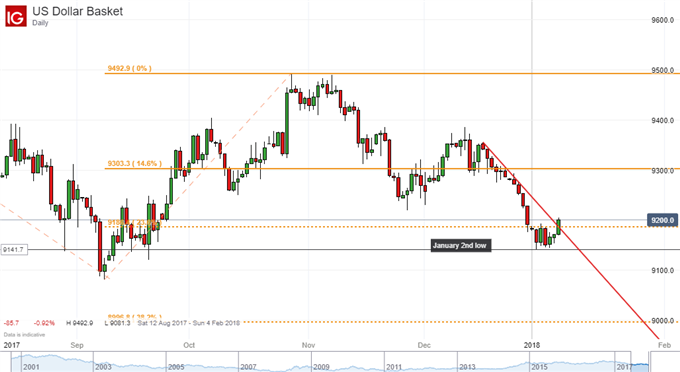