- Market trends in the early days of 2018 could be determined as much by geopolitics as by economic data.

- Events in Iran, Germany and the Korean peninsula are all likely to influence asset prices.

Just a couple of days into New Year trading it is already becoming clear that geopolitics will be important in determining market trends in the days and weeks ahead alongside the economic data, central bank decisions and technical indicators.

As traders struggled back into work Tuesday, many of the top headlines were political: anti-government protests in Iran, the possibility of talks between North Korea and South Korea, and bickering among Germany’s political parties ahead of coalition talks among them.

Broadly speaking, the unrest in Iran and the political stalemate in Germany are negative for market sentiment while the possibility of talks between the rival leaders on the Korean peninsula is positive. That suggests a mildly “risk-off” sentiment – with traders inclined to take money out of the markets rather than put more money in – and indeed stock markets in Europe, with little else to influence them, were broadly weaker Tuesday.

Stocks then rallied both in New York Tuesday and Asia Wednesday but that may not last too long given the row between North Korea and the US over who has the “bigger” nuclear button. 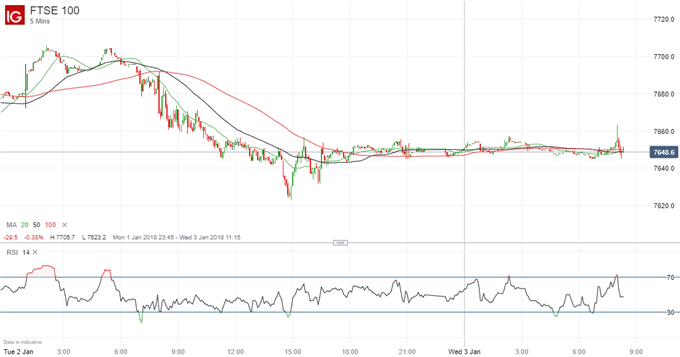 Stocks are seen as “risk-on” assets that are popular when sentiment is good. By contrast, gold is seen as a “risk-off” asset that benefits as a bolt-hole when sentiment is poor, and indeed the precious metal continued to attract demand Tuesday before easing back early Wednesday. 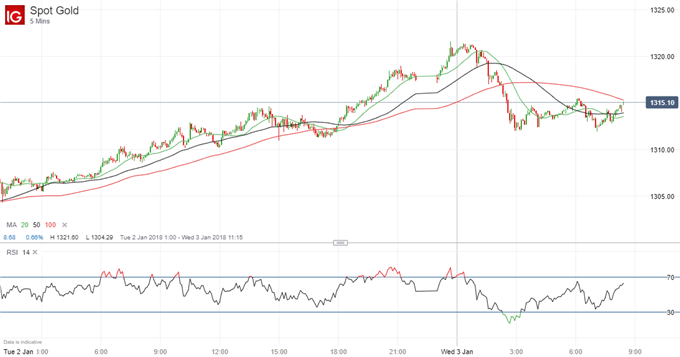 For sure, this is not the only subject to keep an eye on: the current weakness of the US Dollar, for example, is also an important factor for gold, the Euro, the Pound, crude oil and many other assets. As always, the strength of the Chinese economy, Brexit and business indicators like this week’s purchasing managers’ indexes will continue to be influential.

However, it is hard to avoid the conclusion that with market confidence neither particularly buoyant nor overly depressed at present, geopolitics could determine the next major move.